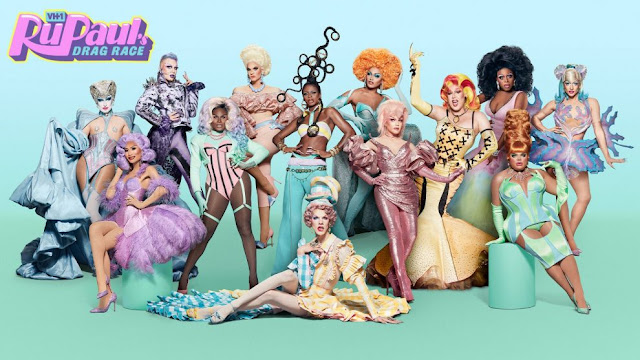 They back and their ready! God knows, no one enjoys RuPaul's Drag Race and drag queens more than I, and it's back for it's 13th season slated to begin on New Years Day yet. That has got to be some kind of omen for a fabulous year right???  I was hoping for a break for some time with the franchise...I mean in a 12 month time we have had Drag Race season 12, UK, Canada, Holland, and All-Stars. Can you say being in danger of over-saturation? I was really hoping for this to be the final season, but I have already heard season 14 is casting. I'd rather see a beat down, blow out show of all the past winners for one ultimate queen, and see Ru go on to other ventures. But at this rate...... 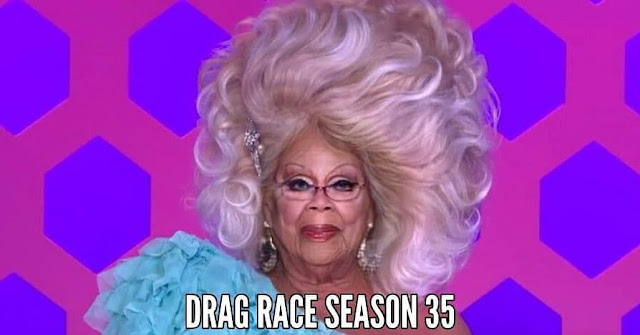 I'm such an evil bitch.
I also, yet again, think the show should be re-branded RuPauls Drag Race NYC. Yet again, 4-5 queens are from NYC for the last four seasons. This is a huge country, but yet, the queens are always from the same 4-5 big cities. Branch out I say, get even more local talent.  But this season does look intresting for a couple reasons. It's hard to keep good bitches down, and they competed safely and fiercely in a pandemic. The season will finally have it's first open trans queen competing, many of the queens go by one name, and it will bring about four different drag houses coming together on one show, not to mention a queen and her daughter on the same season. I really had to watch videos of the queens as I had not seen many of them in person except for the local queens in New York, who I think are going to dominate this season. As usual here are the queens and I'll even try to place them again.
Tina Burner- New York 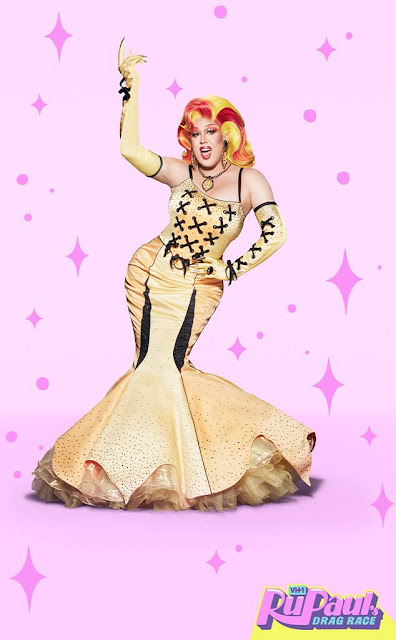 How do you not love the name? Tina has been in a boy band, and is always ready to put on a show. This costume comedy queen is also the reigning National Comedy Queen of 2019, and this NYC queen will hopefully burn the house down. I have met and seen her at several shows, she is completely hilarious, and she brings the type of drag I really like to see. I don't see a win though. Placing-7th
Denali Foxx- Chicago 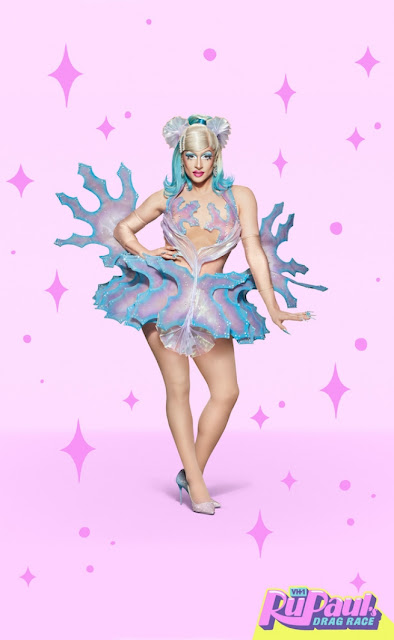 Chicago's ice queen, with a career as a professional figure skater, and she has a unique drag that incorporates ice skating and acrobatic elements, and centers herself with many water elements and color, but will henny break the ice? I see a mid queen here , much like Jan Sport from last season. Placing-8th or 7th
Kahmora Hall-Chicago 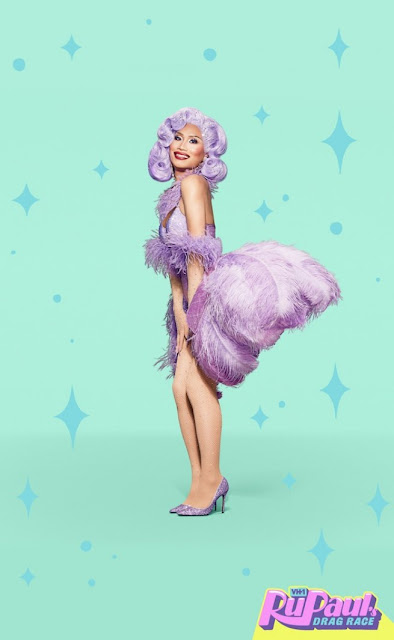 Chicago's premiere Mackie Barbie doll is here to define what it means to be dripping in luxury. As the essence of glitz and glamour, this queen knows how to turn on the runway and bring the style, as she is from the House of Hall, as in Jacinda Essence Hall, last seasons winner, but unlike her drag mother, I see Kahmora being one of the first gone.
Gottmik-Los Angeles 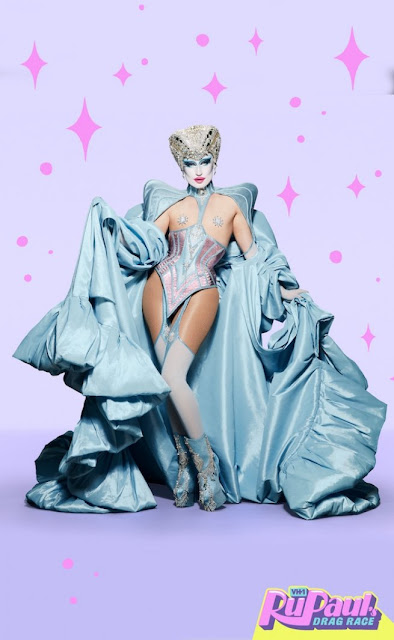 This queen and celebrity makeup artist is ready to win the competition one face at a time. Gottmik's skills are fierce! Her style on par with that of Sasha Velour, and her creativity out of the box, who just happens to be the first trans man on the show, who is changing the shape of drag. Very edgy  with a broad bag of tricks to pull out. Gottmik will be top three, and I dare say even the winner.
Olivia Lux- NYC 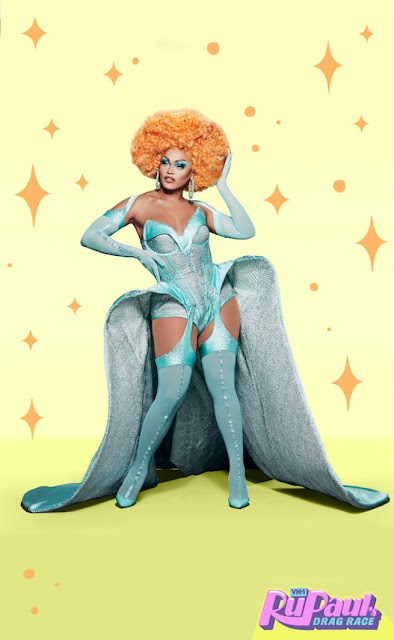 As this diva with a heart of gold, Olivia can melt a room with her dazzling smile. She tends to mix her old Hollywood style and background in musical theater together for many acts in her routines. She will be one of the nicest queens. I think she will do pretty well...Placing-5th
Kandy Muse-NYC 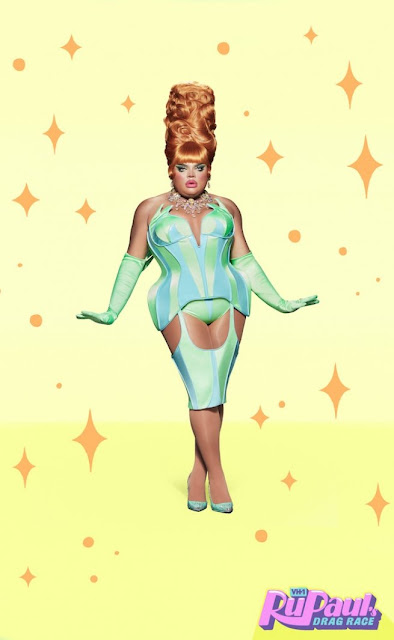 I can't lie. when Kandy is in the room, you know! This queen can be like Silky, but even more polished. She is downright funny and comical and is the "bad and bougie" Dominican doll from NYC and was Brooklyn Queen of the Year. Kandy hails from the House of Aja...who is her drag mother, and Dahlia Sin her drag sister. Kandy is a pro at being in the limelight and brings the whole package at the stage. Her wigs have always slayed too. I think Kandy will do very well. I see a top four queen.
Elliott, With 2 T's-Las Vegas 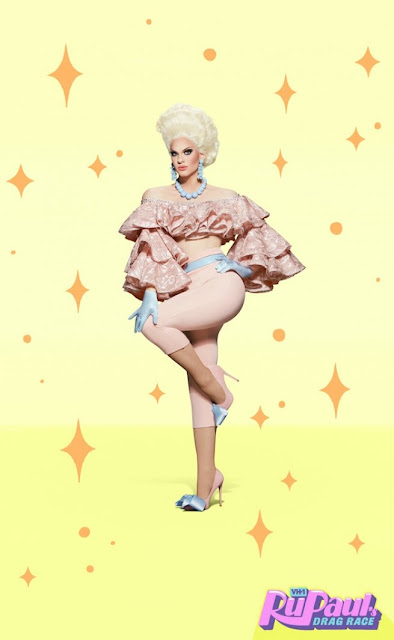 Elliott is a dancing queen known for her kicks and splits and this Las Vegas show girl is here to stand out from the crowd. She tends to have a very 80's aesthetic and has a background as a professional dancer. I have always loved Elliott's style and form of drag, but I see a early exit for her this season. Placing 10th.
Tamisha Iman-Atlanta 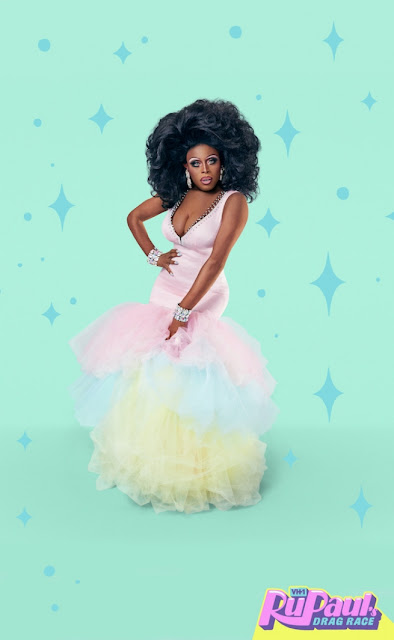 Tamisha Iman is one of the most experienced in the art form of drag on this season with 30 years! She is a drag mother who formed her own dynasty, and comes to the season with impressive sewing skills, as she makes all her own clothing, ensembles and jewelry, does her own wigs, and comes from a pageant background, and will be on with her drag daughter LaLa Ri. While no doubt she is a stunning queen, is she bring anything new? I see Tamisha leaving early as well. Placing 11th
Joey Jay-Phoenix 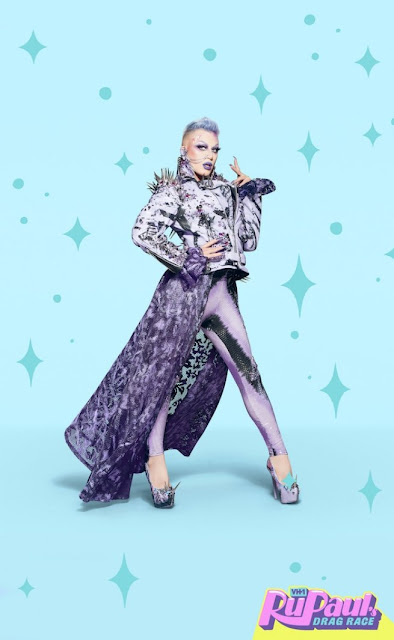 Ah Joey Jay. Creative fashion, does not like doing wigs and is a powerhouse of dancing. This celebrated Jewish princess with her unmatched rhinestoning skills is ready to cluck and buck all. A little of Joey goes a long way...I find this queen to be full of herself, and can be a shit stirrer hennies. I see her having problems conforming to the shows wants, so I see an early exit. Placing12th
Utica Queen-Minneapolis 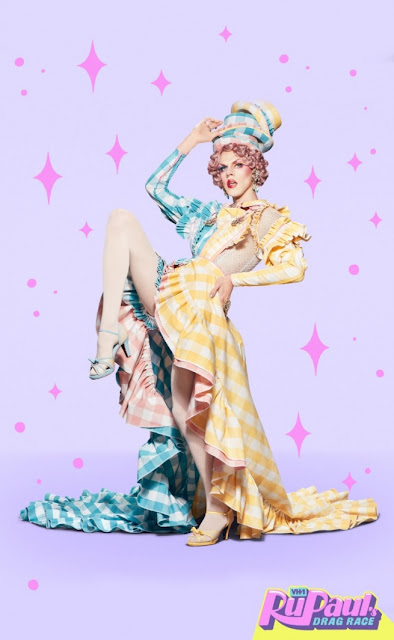 Did we not just have on Crystal Methyd?  Utica Queen is ready to wiggle her way straight to the crown. Identifying as the wacky wavy inflatable arm tube queen. I think she hoping to take the world by storm with her own form of goofy, pop art. She definitely has good, fun drag and a quirky style, but I think we've seen it before and it won't carry her as far as Crystal. Placing- 6th.
Symone-Los Angeles 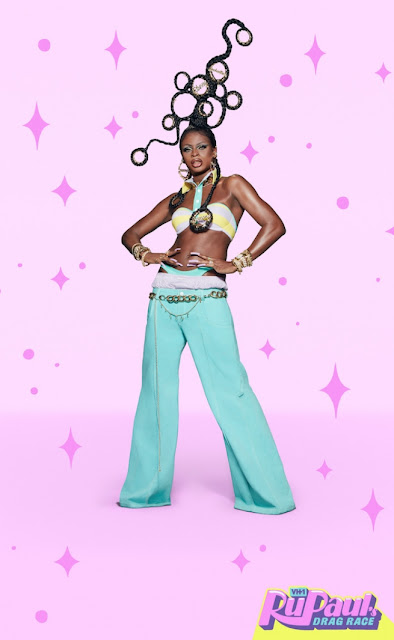 This ebony enchantress is from the House of Avalon with sis Gigi Goode! As the first queen hailing from Arkansas who transplanted to LA, this confident small town country girl is ready to give fashion, some over the top wiggery, face, personality and heart. She is also pretty fun to be around too. I see a top 4 here also.
Rose'- NYC 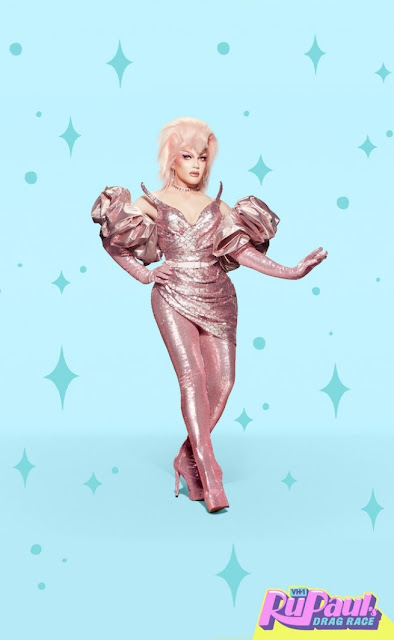 Rose' all day I say!!!! Rose is at the intersection of wit and fashion streets. Rose can pretty much do it all. Great looks, dancing, singing and act. I have seen her once with the drag group Stephanie's Child with his drag sisters, Lagoona and last season's Jan Sport. I'm sure Rose' will sing and dance her way to the top, which is why she is my final selection for top four. She also isn't as annoying as Jan.
LaLa Ri-Atlanta 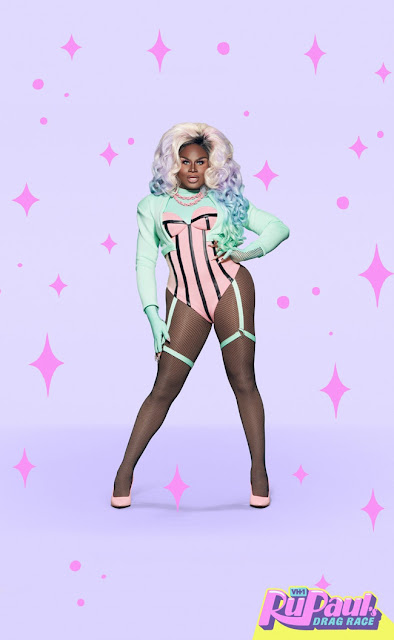 LaLa Ri is here to slay I think. This Atlanta-born powerhouse entertainer is ready to bring her mixture of sexy, classy and sassy to the show, along with her charming and fun personality. Of course she will be on here with her drag mother! But like her mother, I don't see LaLa getting far. Placing- 9th.
So there you have it. The polish and over all talent level appear to be mid to fairly high...maybe not quite as good as season 12, but should still be somewhat entertaining season. I have to admit to getting spoiled by the international versions where the queens are given more space for campy, freaky or less polished queens, instead of a parade of glamour pusses.
Oh. And did I mention I also think we might have more trade and hotties on this season, out of drag then ever before???  I could def get with Elliott, Joey and Rose for some fun!
Posted by Mistress Maddie