One thing about not working currently, it has given me time to go off exploring and being in nature more. There have been things I have wanted to go off and see. On my recent trip going home to Harrisburg for Thanksgiving, I made a pit stop in Reading to finally go see the Pagoda. 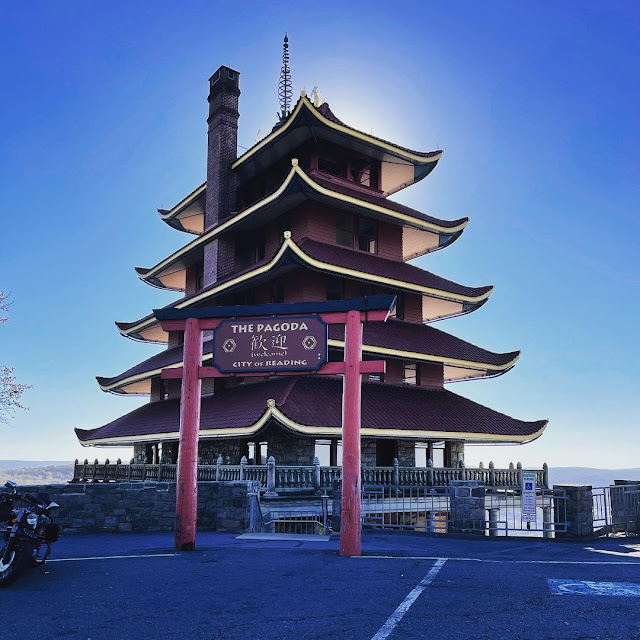 It's been a roadside attraction in PA for years, but never seemed to find time to see it. And it was admittedly,  not easy to find either, especially on the very sharp and curvy roads of Mount Penn leading to it. But once there is was pretty neat to see it.

In the early 1900's a Reading businessman William Witman Sr. thought his quarry excavations were permanently scarring the slope of Mount Penn, which overlooked the city of Reading. Witman decided to balance his yin with his yang,  by conjuring something sublime for the mountain, and turning his property from an eye sore into a money making tourist spot. He found his inspiration on a postcard from the Philippines. 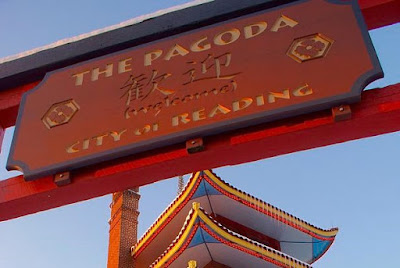 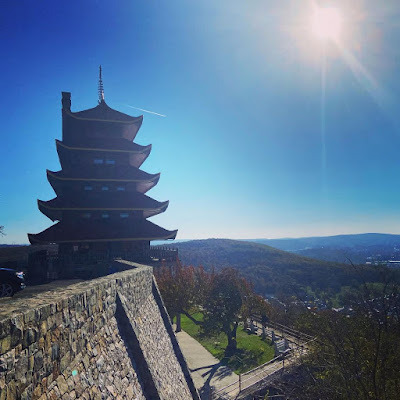 He hired a team to build a Japanese-brick and tile Pagoda on Mount Penn's southwest slope. It's eight stores high, and was completed in 1908 and was to have a whole resort eventually, but plans got scraped. The floors were made of stone from Witman's quarry. It's two large rooms were furnished with Japanese rugs, dishes and vases. He still pushed for a luxury hotel but the city had other ideas. It worried that drunken patrons would die on the twisty mountain roads leading to the Pagoda. It also worried that Witman, who had a bad reputation, might also plan to turn the upper floors of the Pagoda into a brothel. So, the building never did open, went into foreclosure, and was sold to the city of Reading in 1911 for a whopping $1!!!!! 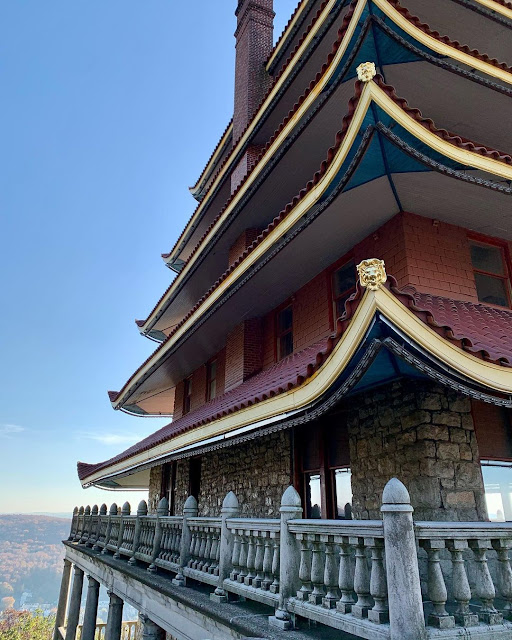 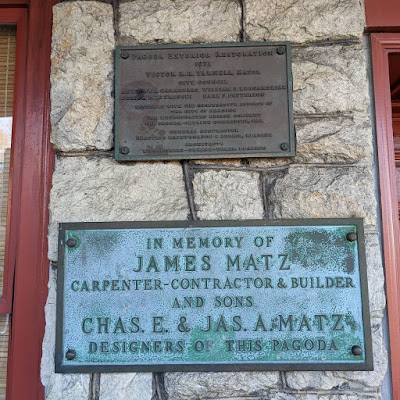 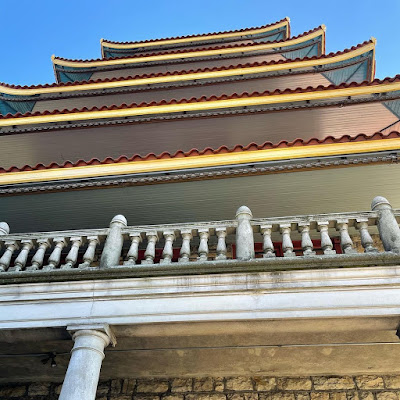 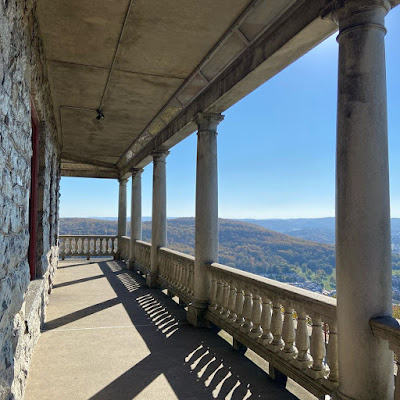 It quickly became a landmark. Thousands hiked the trails to the Pagoda and then climbed the 87 steps to it's observatory. The top floor contains a temple bell cast in 1739 and imported from Japan. The bell was housed formally in a Buddhist temple in Ogose, Salitama Prefecture. Listed on the bell's sides in Japanese characters are the names of it's 48 donors and a prophecy about the end of time. An ornate corkscrew "final" tipped the temple, and served as a lightening rod for what was at one time, the tallest target in the country. The day I went, the inside was not open. The hours seem to be erratic for when it's open, but you can walk and see the outside and walk the levels. 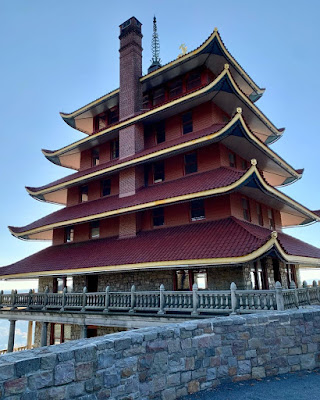 Over the years, the Pagoda face being torched during WWII by anti-Japanese zealots, and many still wanted it torn done after. Since then it was used as a cafe and coffee bar, an art gallery, and for some years, an office. It now has a gift shop and cafe.  Even before the era of radio it served as a news transmitter. But since 1949, it was finally added to the National Register of Historic Places. So unless the mountain side goes, which it is literally on the edge..... long live the Pagoda!!
Posted by Mistress Maddie