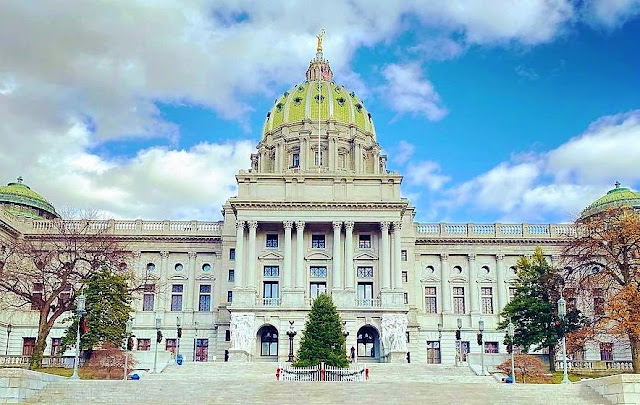 For a small town, I will say Harrisburg is a great small town. It might not have all the draws and things to do as Philadelphia and surrounding area, but it's a great town to live in if you want to try a city living lifestyle. When I moved out as a young gayling, I immediately moved downtown and first I rented a townhouse on Cumberland Street for some years, where I was neighbors at the time to the Mayor, and then I ended up in a loft apartment in a historic elementary school building, with the coolest windows I've  ever had. They measured from the bottom to top at 11ft.  One of my favorite places to walk, or to go and just contemplate, was the spectacular capitol building which was blocks away. I have spent many hours here. I love architecture, and this marvel doesn't disappoint. Having been to the capitol building in DC and Harrisburg, I have to say this is far more opulent than DC'S. Even the branch chambers  are far more elegant. For year's it get voted the most beautiful capitol building in the country and easy to see why. 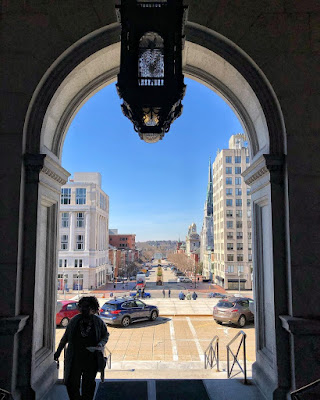 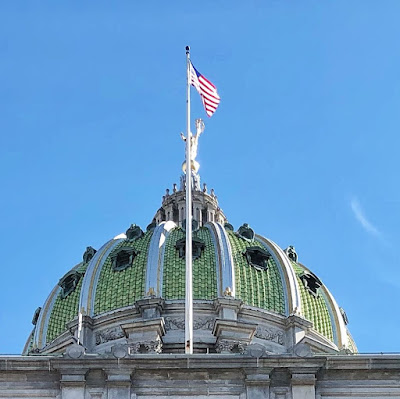 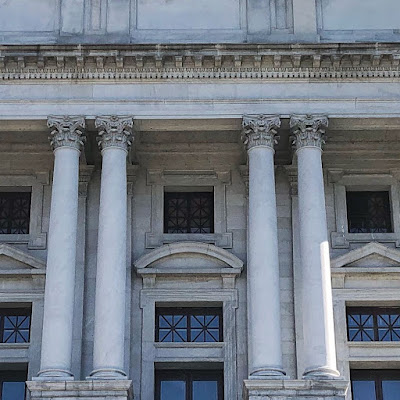 President Theodore Roosevelt attended the dedication of the building in 1906 and declared  -"This is the handsomest building I ever saw. And he'd be right. The building was designed in the American Renaissance style by Philadelphia architect Joseph Miller Huston, who envisioned the building as a "Palace of the Arts." Last time I was home, I met a friend who still works there, to take some cookies, I wonder around a bit with her, but it is not currently open for tours right now. I had been many times with the ex ,who was chief of staff for a state rep... who gave me some very behind the scene tours of the place. Swearing in day was always very exciting. I think his boss was tickled she had a gay couple in tow!!! But I never tired of a  time to be there. 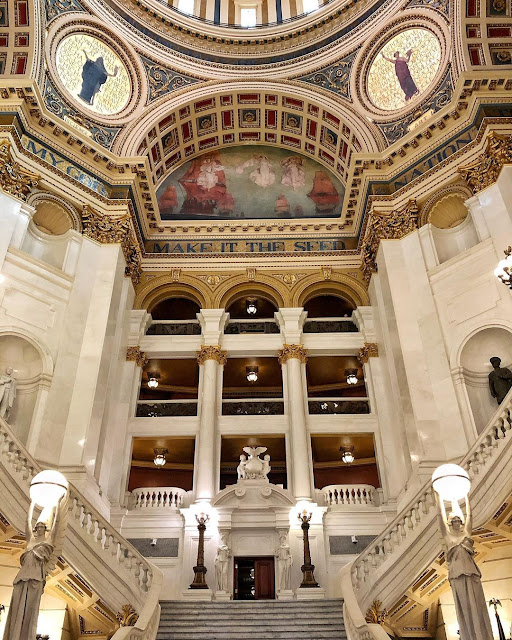 The building features painting, stained  glass and furnishings by some of the best artisans  of the day, and incorporates various Renaissance designs- Italian in the House chamber, French in the Senate chamber and English in the Governors Room. It also reflects Greek, Roman and Victorian influences through out. 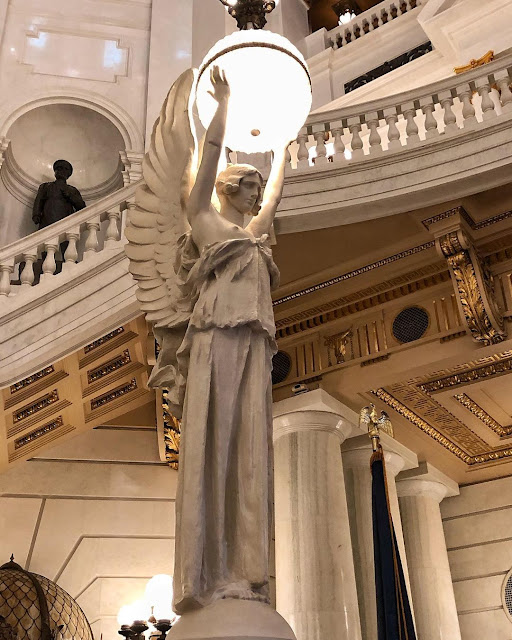 The centerpiece is a spectacular 272 ft, 52 million ton dome, inspired by Michelangelo's design at St Peter's Basilica. It is capped with terra cotta tile and coated with green copper, finished off with a 14' gold gilded statue titled Commonwealth. The rotunda and staircase is of Carrara marble and inspired by the Paris Opera House, complete with murals and 23 karat gold trim in parts. The lights are even jaw dropping, each cast in bronze and weighting about a ton each. The globes are close to one of a kind,  they are diamond shape, hand cut Austrian cut crystal...which gives the illusion of the "X"  in the globes, and gives a brighter light. The rotunda floor is laid of Moravian mosaic tiles made by the famous Mercer Tileworks right here in Doylestown to this day. That could be another full post. A lot of the tile represent modes of transport, insects and wildlife. 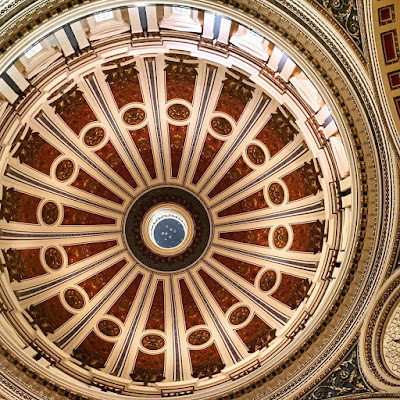 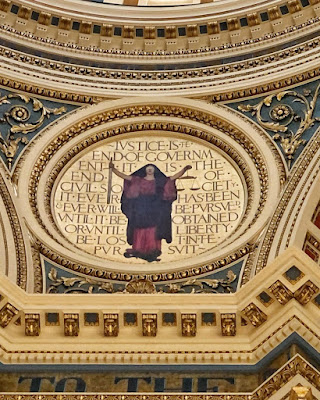 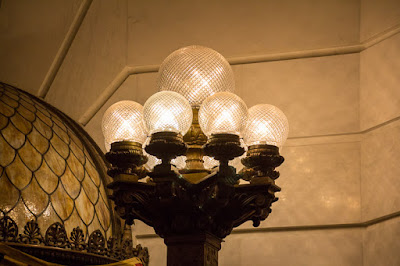 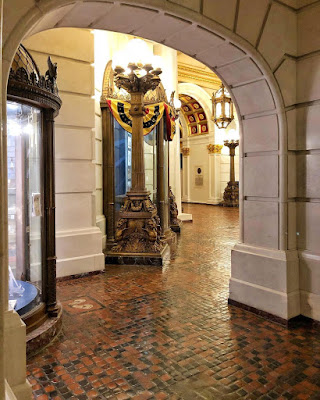 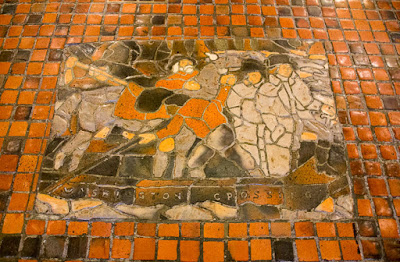 The American sculptor George Grey Barnard designed the larger than life sculptures of multi-figures in 1902 and were carved from Carrara marble in NYC and then installed at the capitol. of course many years later in the late 90's there was controversy over the male's gentiles showing. Oh brother. Most of the criticisms also came from men!!! It was later commissioned that pieces of  marble sheath leaves were installed to cover the male genitals. 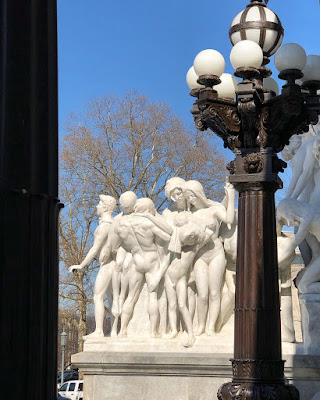 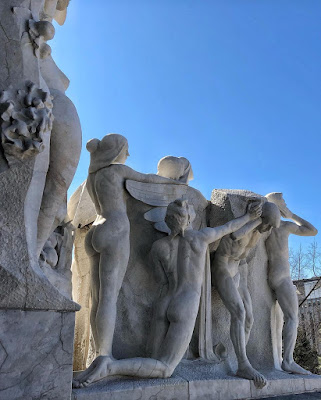 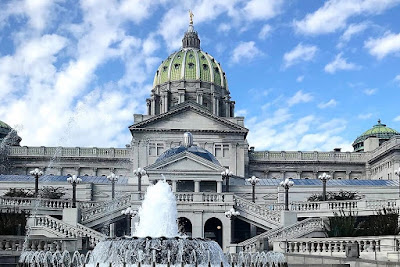 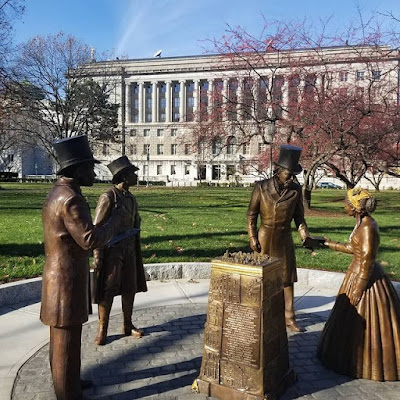 It was a great afternoon spent. After seeing my friend , a then took a walk around the building and ground to take pictures....and many memories came flooding back of life in Harrisburg. My good friends the Capital Street Duo live right near by too. My bedroom window there has a view of the Capital dome only two blocks away. Everyone I know in Harrisburg is pretty much down town, with exception to my mother. It really is a public building that belongs to the citizens of the sate. It's a priceless architectural and artistic treasure, a majestic symbol of history and power and a icon of democracy, which thankfully still exists. And the capital park is chalk full of squirrels.
Posted by Mistress Maddie