MAGIC IN THE MAKING 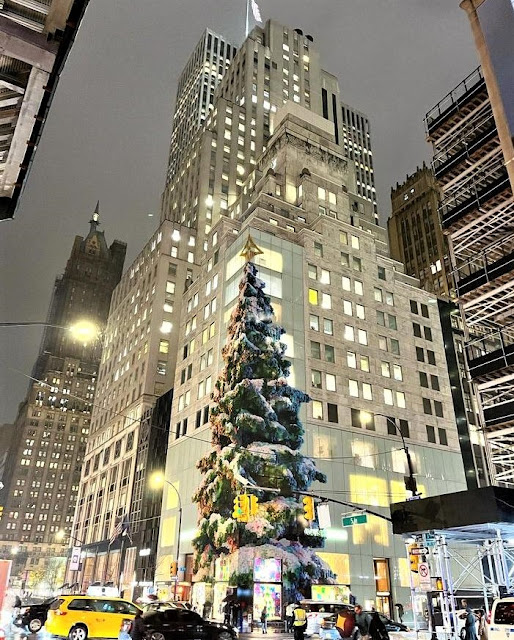 This week has just spun out of control. I had forgotten that I'd be doing another showroom opening this week down toward Gettysburg, but luckily that will mean another three-day weekend as I'll have Monday off. This week started off with two days in New York. While not doing visual display to the extent I used to, that doesn't change the fact I still need to keep my hands and head in that game and head off to see the infamous windows in NYC. There was a bit of shopping, the clan and myself had a late night in the West Village Monday night, with copious amounts of stiffeners, and caught the drag show of Brita Filta, then milled about Tuesday around the city. I have always enjoyed NYC at Christmas. Nowhere like it, the feeling and glitz if offers. Of course, for newer readers, I always headed to New York at the holidays to view the windows, as I used to do visual display and window for 15 years for Bloomingdales. Some days I do miss it. And one of the most treasured holiday activities in NYC is visiting the famous department stores still left. It's where you will see the most gorgeous, whimsical and festive Christmas windows ever. And no surprise as is tradition on this blog...the most creative and opulent again...Bergdorf Goodman!!! 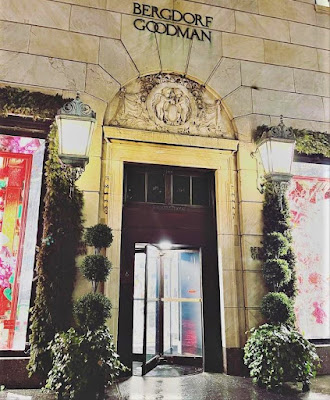 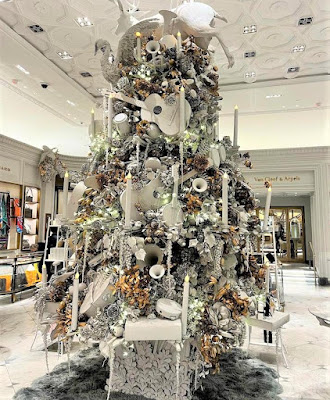 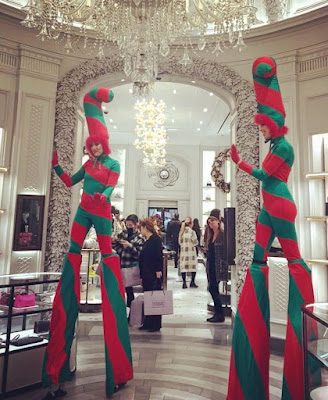 I don't think Bergdorf's has anything to worry about or the risk of extinction. The store is always bustling. As one of NYC'S most luxurious department stores, Bergdorf's is regarded as the store that is chic, clean, and an exquisite interior, not to mention the most extraordinary and fashionable windows of the season. Unlike other stores which feature animatronic characters, Bergdorf's have no moving parts. But what they lack in motion, they make up for with extravagance. Nearly every part of their windows' is filled to the max with elaborate props, many handmade, and intricately painted background scenes, and such fine little details and surprises that I would guess that most passer-by never even notice. This year the theme was Magic in the Making and paid tribute to artisans of all kinds. Artist, florist, jewelers, fashion designer, architects, musicians, upholsterers...and are depicted with the tool of their trade in the most fabulous ways. My friend on the team said planning and executing begun last February, and takes 8 months, a staff of 100 visuals contribute to the design, production and eventual installation, which takes another four weeks. 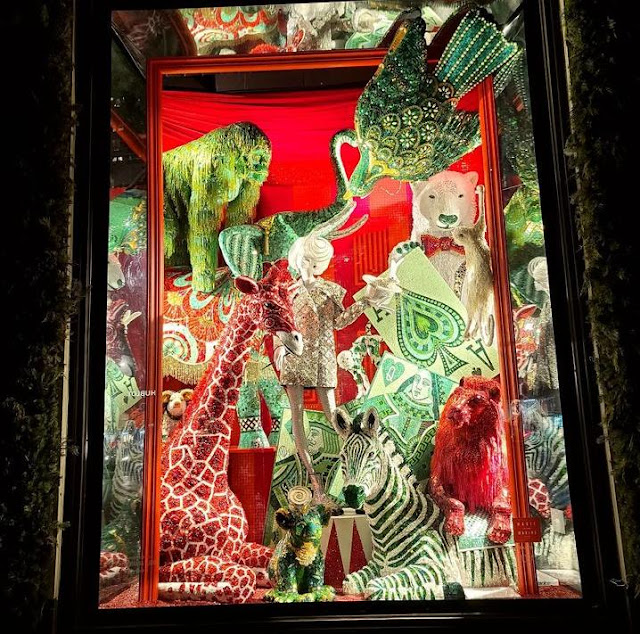 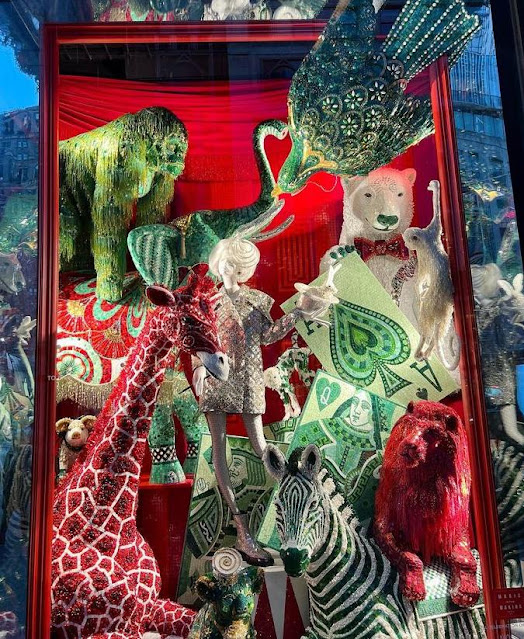 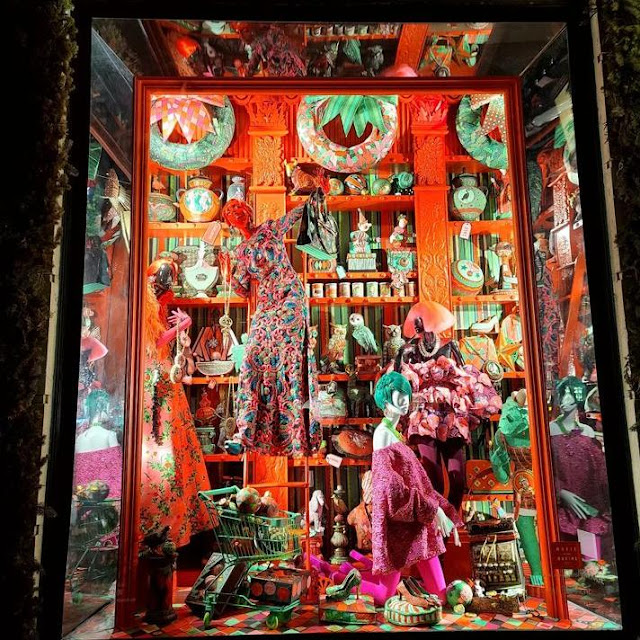 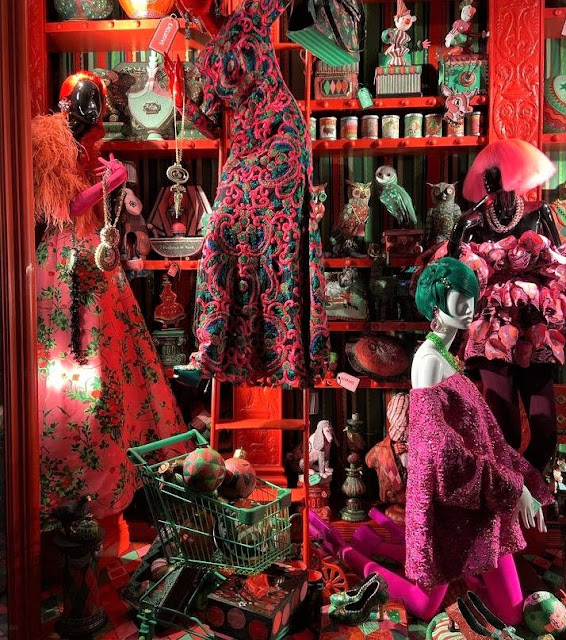 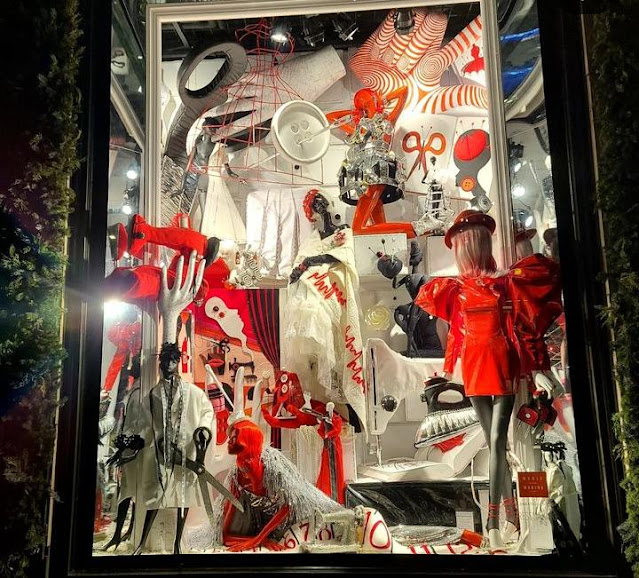 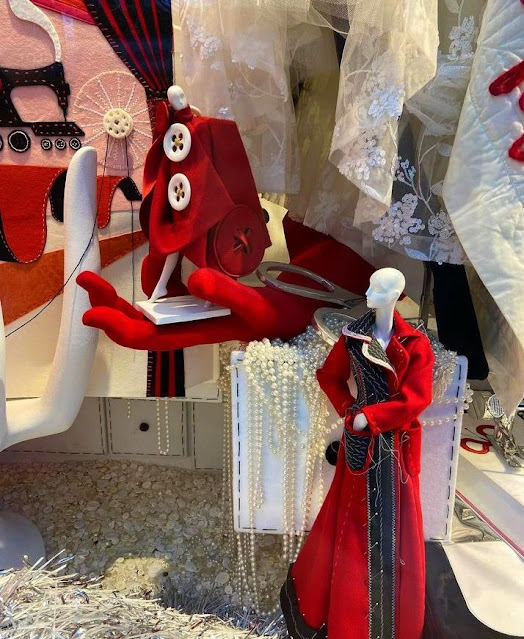 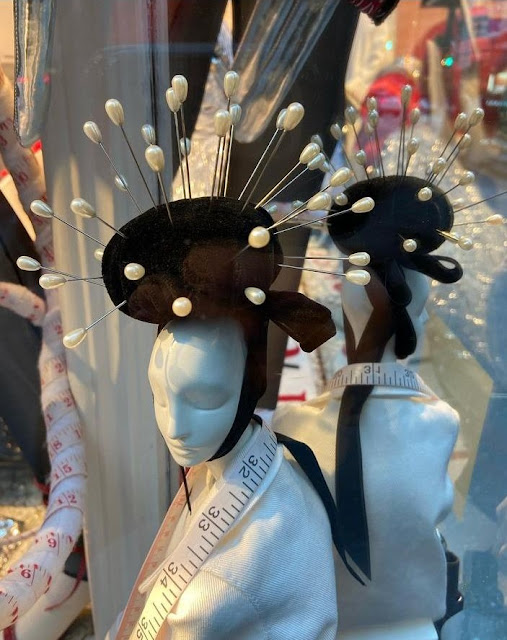 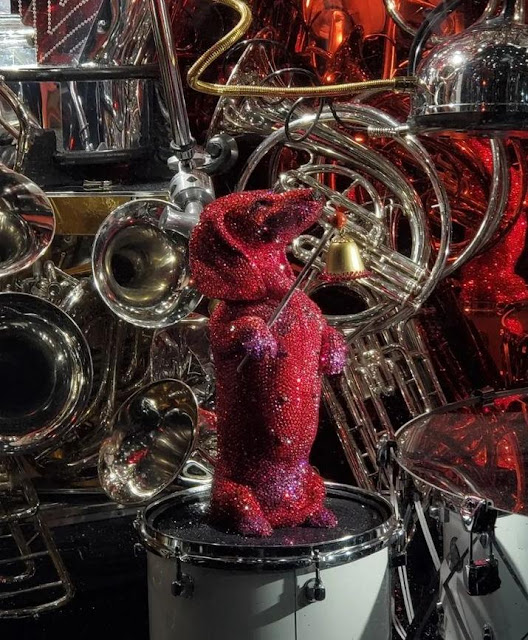 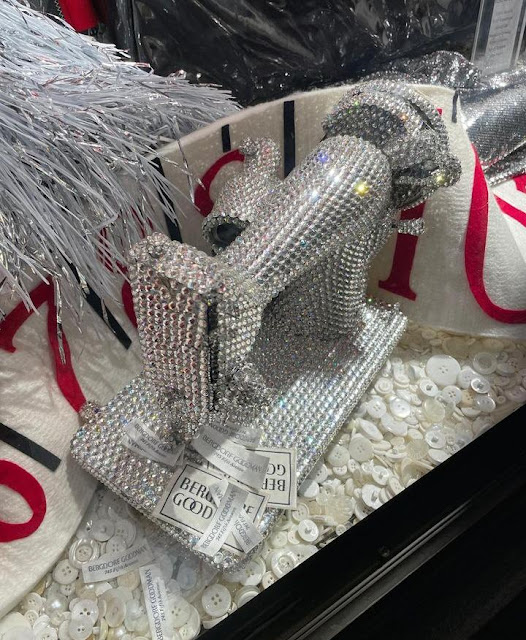 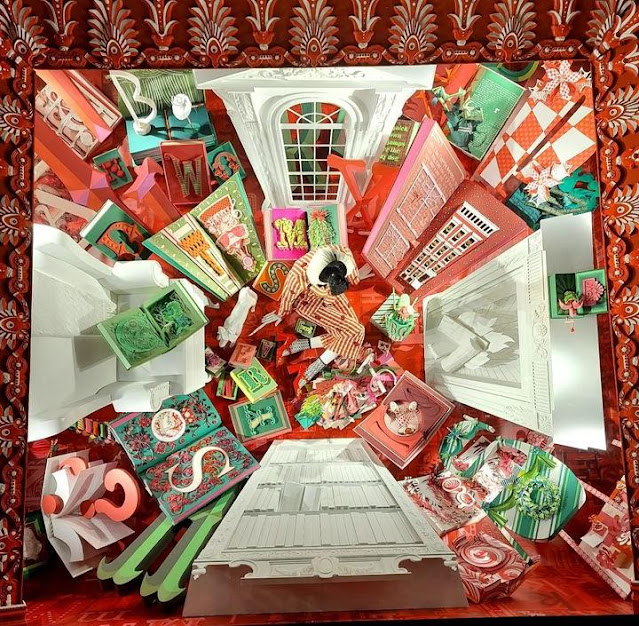 This whole window is actually installed coming out from the back wall, giving the illusion that you're viewing it from the top-down in. Truly amazing. 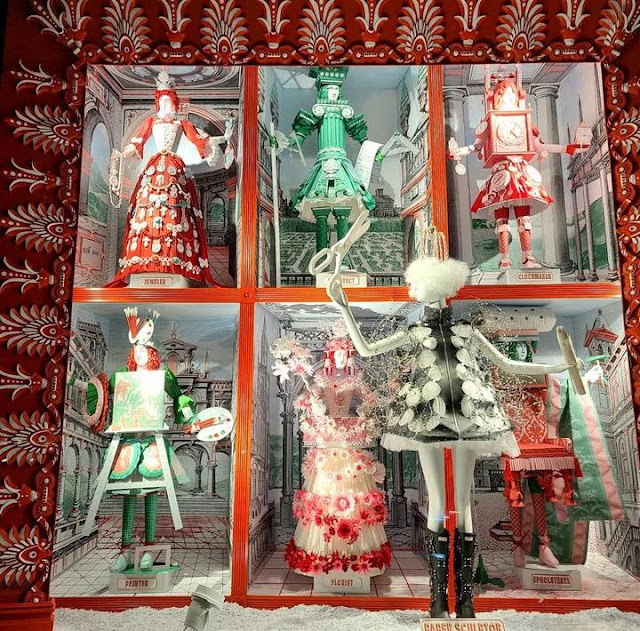 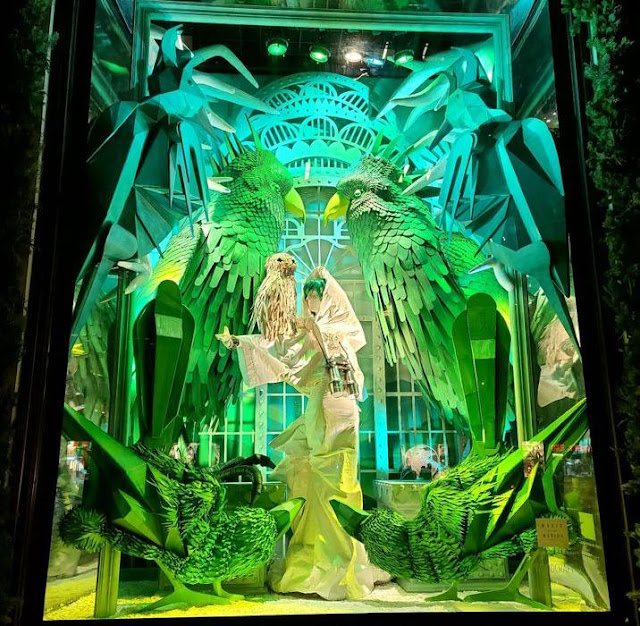 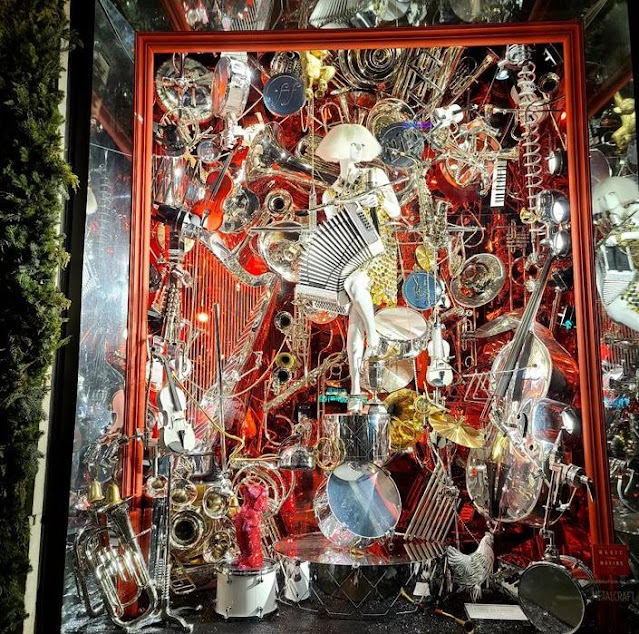 If you get to the city, be sure to go to Bergdorf's. You won't be disappointed.