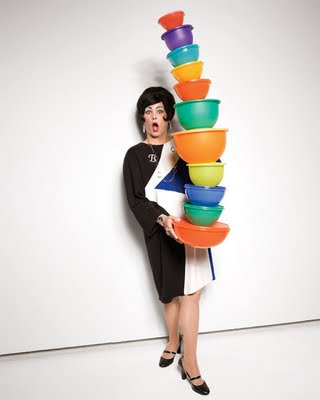 Meet Aunt Barbara. She is one funny and fierce diva! If you haven't seen her, on You Tube videos yet, they are funny as hell! She is the creation of Robert Suchan who was cash strapped, and decided to use his own aunt as inspiration to create his Aunt Barbara to sell Tupperware. And did it pay off. Aunt Barbara is now one of the highest selling Tupperware consultants in the company. And this isn't your grandmother's party either. Aunt Barbara has also made You Tube videos in addition, giving tips and product knowledge on Tupperware all the while making us laugh, meeting her hilarious friends, and hearing about her Sanka coffee clutches and her shopping sprees at the Gertz Department Store. Her videos are some of the most popular videos on You Tube and her videos are among the most hit on that website also! So if your in the Long Island area look up this housewife for a Tupperware party of your own at Aunt Barbara's website. 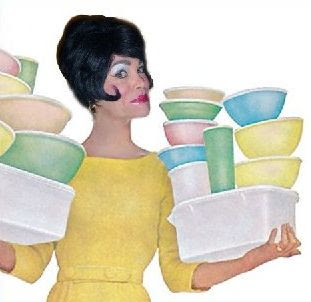 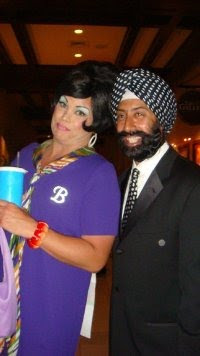 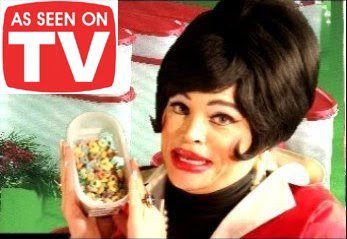 Posted by Mistress Maddie at 9:00 PM