This is getting very scary all this sports talk coming from the Mistress's mouth of late, but I can't help but be proud of the Phillies big win last night. Philadelphia is in party mode big time right now. Looks like the Phillies are now heading to the play offs for the World Series again. I wonder who will win? Any guesses? I don't know who will win, but I tell you this, there are some damn handsome players in the Philadelphia Phillies including:

Cliff Lee. I'd be his catcher anytime! 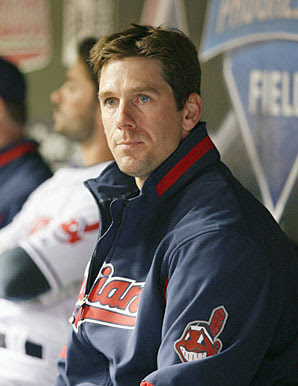 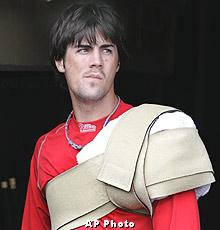 Chase Utley, I could play a game of chase with him! 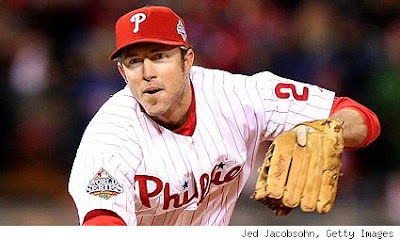 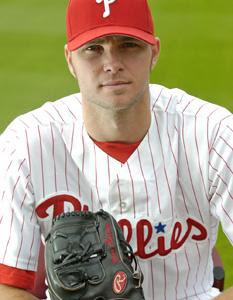 And who can forget ex-team member Pat Burrell! 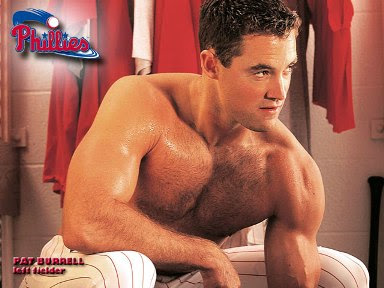 If the Phillies do win it will be mass chaos again for like two weeks straight like it was last year. Ah well, good luck Phillies and here's hoping you win. I'll be the one with the bright red suit, very large chapeau, and dark glasses in the stands with the sparklers cheering you on!
Posted by Mistress Maddie