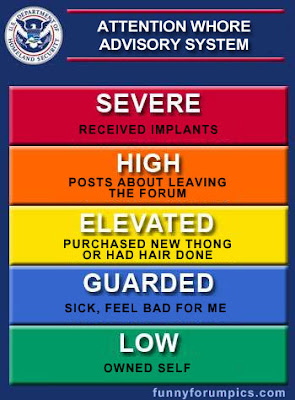 Alright people, now this story is off the charts, well, at least this one. Did y'all hear this story yet? Yesterday on the way home from work, I heard on the radio that a woman here in Philadelphia was soooooooooo desperate for World Series tickets that she actually created a Craig's list ad saying she would have sex in exchange for World Series tickets! The price would be negotiable and that they should let there imagination run free! She must have wanted to go to the game pretty damn bad. Turns out a undercover cop replies to the ad and she is now under arrest for prostitution! And I swear to y'all that this said woman wasn't moi. I mean, I know I have been getting into sports, but I would never do a thing like getting caught. I would have gone other avenues!!! I just can't believe anyone would want to see a game this bad. All I have to say to this woman is WHHOORREE!
Posted by Mistress Maddie