I have always been a fan of Edward Gorey's work. It's fun and youthful and simple,  yet still gives me a eerie chill when I see his work. If your not familiar I would bet you have seen his work on the opening and closing credits of Masterpiece Mystery on PBS. Edward Gory was a writer and an artist,  and many didn't know , also a Tony award winning costume designer. His characteristic pen and ink drawings often depict vaguely unsettling narrative scenes from Victorian and Edwardian times, probably another reason I love his work. The artist and author is considered by some as the grand master of the comic macabre and delighted generations of readers with his recognizable spidery drawings and stories of hapless children, swooning maidens, throbble footed specters,  threatening topiary and weird, mysterious events on eerie Victorian landscapes. Mr Gorey created a genre all his own. It would later be emulated by the likes of authors Neil Gaiman and Daniel Handler, both Goreyphiles, and the films of Tim Burton, who took inspiration from Gorey for his two films "The Corpse Bride" and "The Nightmare Before Christmas", as well as fashion designer Anna Sui who is also a huge Gorey acolyte. It was his published alphabet book, The Gashlycrumb Tinies that I really loved...so grimly antithetical to the very premise of the genre, making children feel comfortable and inspiring them to learn, that it took the macabre humor to a new level, placing children in bizarre deaths. Gorey himself was a complicated, reclusive individual whose mission in life was to make everybody as uneasy as possible. He collected daguerreotypes of dead babies and lived alone with 20,000 books and seven cats in his New York apartment, in addition to a home in Cape Cod. Often sported a Edwardian beard, he would frequently traipse around nyc in a full length fur coat accessorized with trainers and jangling bracelets. These days, the artist, who died in 2000, is often called the Grand Daddy of Goth, celebrated as much for his eccentric persona as his meticulously creepy crosshatched drawings. 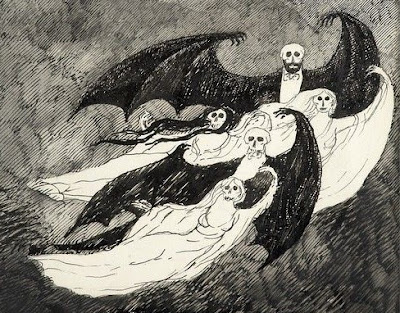 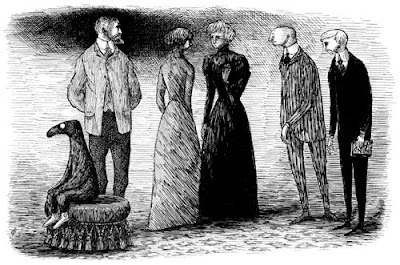 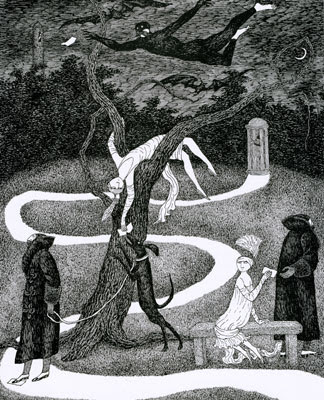 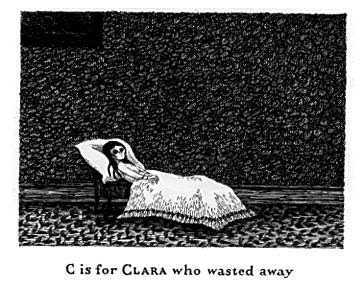 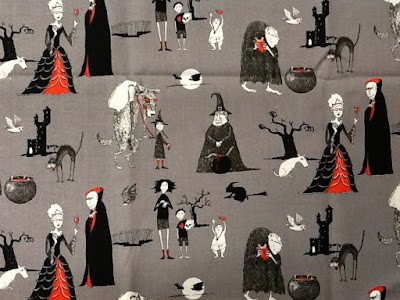 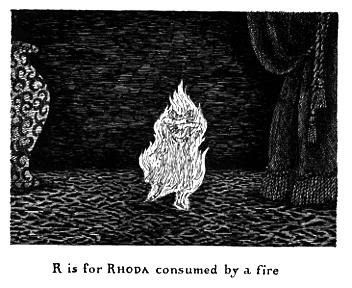 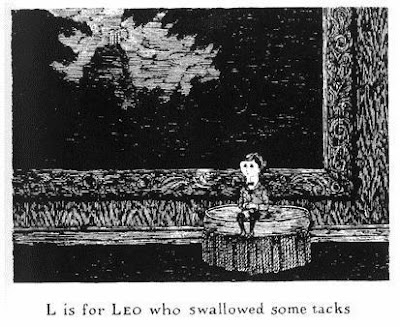 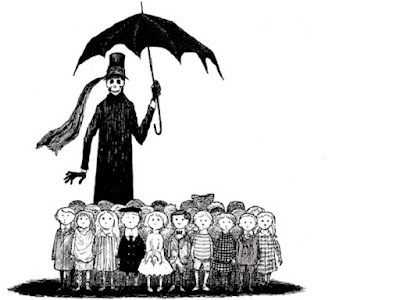 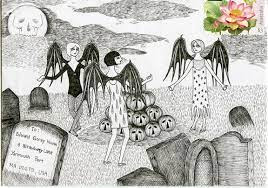