HOSTESS WITH THE MOSTESS 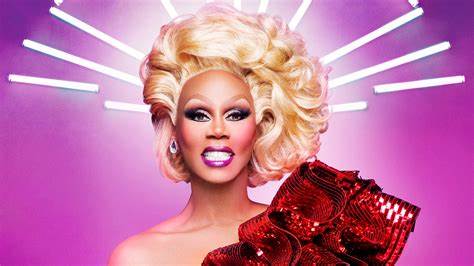 About two weeks ago, I had a very intresting conversation with some friends, some of who do drag, and other who don't. It came up about all the different  versions of Drag Race...most about how fast and furious they are coming...which I have my thoughts on why, but that's another story. It also surrounded the hosts. Now doubt RuPaul is a queen bee and has done tons for the drag community, and the LGBTQ. But the last couple of seasons, I feel that Ru is so not in touch with the drag community like she was and maybe even doesn't remember her roots as much. She has paid her dues yes, but anymore, I feel the inter actions with the queens on her show aren't there...and she and Michelle should soooo not be judging international versions. Just this season already Ru's lightbulb moment came at the judges table when he finally understood Ella Vaday's name. And related to that, as has become usual, Ru and Michelle show their lack of understanding of the "local" references. It became a sticking point every season of the UK, and was a huge disaster of the Down Under season, which hurt the show, and it seems unfair to the queens. I can't quite place my finger on what it is that bugs me about RuPaul lately, maybe she is just bitchy anymore since she let go of the Mathu Anderson that's painted Ru since "You Betta Work" and a fabulous queen in his own right. That's 2 and a half decades of consistently stamping the mug that launched a thousand queens. I mean, could Ru even do her own make up and wigs anymore? I do still love her, but I think she needs to interact more with her queens. I don't think I noticed any of this till I saw Supremme Deluxe. 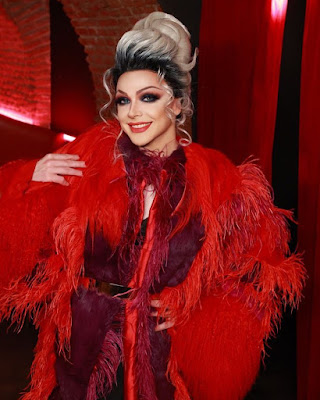 Supremme Deluxe is to Spain what Ru is to the US. I wasn't aware of her till the fabulous season of Drag Race Espana aired. And it was a WOW! We have since become talkive on Instagram. While watching that season,  to me, she was a breath of fresh air to a franchise that is fraying. She was far more interactive with the queens, more open minded to different drag styles, and shared more of herself and experiences with the queens, so far as learning their backstories.  She was glowing, welcoming and warm. Like herself,  her judges, they also had fun with the drag and let the individual queens shine with their own trademark drag instead of worrying about how fishy they weren't, or the contour of a perfect mug. Supremme and this season felt more organic and natural to me. 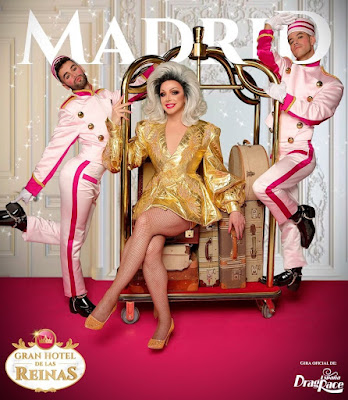 Supremme sort of,  in ways renewed my fire in the drag race franchise, but what impressed me more was once the show ended, they hit the road traveling Spain with four shows weekly. Unlike the US tour of Drag Race, Supremme actually performs with the queens and even has her own numbers!!! Why is Ru not doing that? Which to me creates even further distance with her girls. I feel as though the queens are her cash cow and she is just collecting a check at this point. I think her absence and her attitude lately is why some fans and queens are leaving her base. So Brava Supremme Deluxe.
Then we had Fred Van Leer. 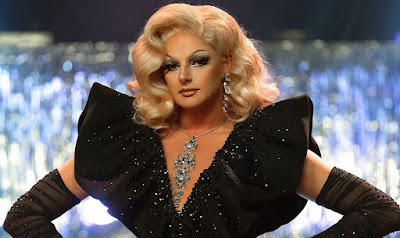 Fred has been a pretty good host , representing the Holland version, not to mention he is hot out of drag. He could tap me if he wanted.  Fred is a combination of Ru and Supremme. While he too is very interactive with the queens more than Ru, he can also blow his top, if he's isn't happy. He really lit into Vivaldi for breaking rules this season. Fred is a Dutch stylist,  a television host, and a retired drag queen, who was once very well known as one of the highest profile queens in the Netherlands before drag exploded on the scene there. He used various names over a 21 year career in Rotterdam,  and written several books on styling and lifestyle. Now I find it fun that he was behind the scenes in the work room more as he always found the most intresting part of drag was getting in it. And we do agree on one thing...the best way to learn walking in heels is to chug down a bottle of gin and start taking baby steps!!! 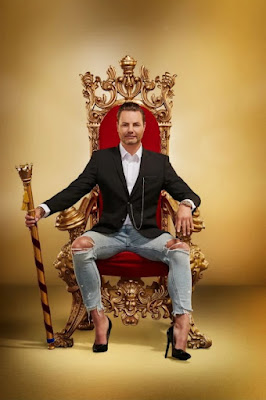 Both he and Supremme also didn't have a problem with having other drag queens on the show as judges, which is yet another sticking point with me with RuPaul. Why are some other legendary queens never on as judges??? Who better to judge queens, then another drag queen??? It blows my mind that the like of Coco Peru, Amanda Lepore, Varla Jean, Miss Richfield or the like haven't been on as judges.  Could you imagine Ru judging a few episodes with Supremme, Fred and Envy???This year, on Holland  the UK, and Down Under, the fabulous Envy Peru has judged. 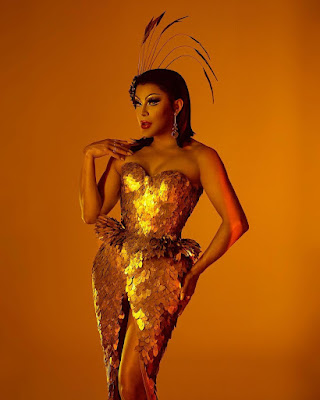 A stunning queen in her own right, and very well liked by many a drag queen. It has been said on Holland and her other appearances above in addition to Espana, she has shown herself to be fairly sharp and astute judge, with sharp critiques that make sense, yet gives constructive and precise feedback so queens are left wondering about vague critiques. Sometime I think the American version really suffers from Ru and the judges apparent "no other drag queens allowed on the judges panel" rule.
Which brings us to Brooklyn Hytes. 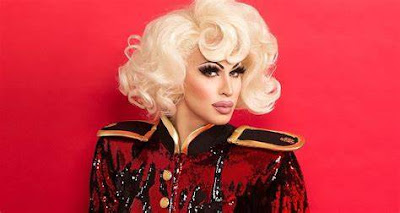 Brooklyn is a stunning queen, no doubt. She was killer on her season and came close to the win. But unlike Envy Peru, she is missing something as a judge and hostess of the show representing Canada's Drag Race. I felt she was so not a good fit for the show. Her view of drag was off. It seems every over the top queen was too over the top or campy for her on the first season. What part of drag does she not get? I felt she came across very biased and dare even say,  snotty at times. The fishy queens definitely had more attention. If you can't be open to various forms of drag, why is she judging? I was actually highly surprised she was back for season two with so many not happy with last season... Ill give her the benefit of the doubt for season two. We shall see.
All I'm saying is if this were a witches coven, I think there might be a new Supremme taking the reigns. .
Posted by Mistress Maddie