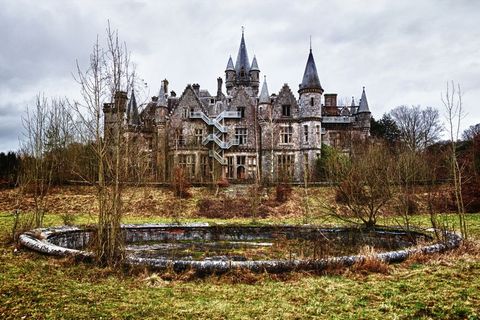 Anyone who knows me, will tell you that Halloween is by far my favorite of holidays. Always has. I just enjoy the feel of the season, the seasonal delights of seasonal decor like pumpkins and such, the cool eeriness,  and the true meaning of Samhain. I also happen to live up the road from the prefect town of New Hope, one of the most haunted towns in the country, along with most of this area. I don't even mind living next to a very old cemetery. Don't get me started on horror movies either. It's all I have been watching. The old cult, cheesy classics, right through to the scary as hell and gory. But one thing I can't do are those haunted houses. 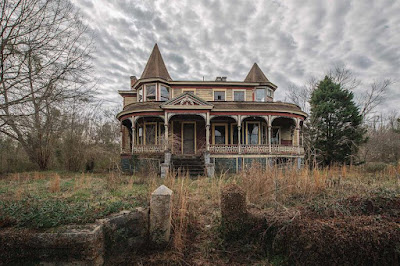 Not that I mind a real haunted house. I don't, and have lived in two haunted places, one being my current. No, Im talking about those haunted house attractions. Recently fellow blogger Shirley,  over at Boots and Braids did a post about one of those neighborhood pop up attractions and it brought up some memories.... and it apparently had her in hysterics, like so many who were that fateful night. So I promised I would post the story for her. Now I fine with them, if you sit in a car on a track and it guides you threw without any contact. The ones where you go threw, and walk, and people or things pop out unexpected  or people grab you is a different story. I hate that. Against my better judgement one year, we went to one in a old mansion, that had been set up just for the purpose of one said attraction and scene. A bunch of my friends talked me into it, getting me liquored up, thinking it would change my mind. And it did. The one time I didn't forgive my dearly beloved gin. The line to get into the mansion was long. As we're in line, I could see some existing from behind the house white and shaking, and  I was already getting anxiety. I didn't know we would be walking this, I though it was a ride. By time we entered I was a huge, drunken bundle of nerves. The inside was much darker then I expected. 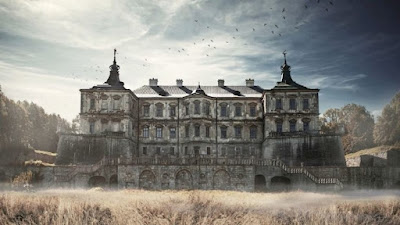 Well, to late now, I was paid and in and the tour started. The further in it got gory looking, screaming, the odd chain saw sounds and the such. Room by room, I would get more nervous.  I barley made it through the first floor without sounding like Anne Marie every five seconds...with my adrenaline, anxiety, and gin pumping. Many were chuckling at my swearing and my angst I believe.  Upon getting up the staircase and around the corner into a hall, a ghoul or deformed pumpkin head popped out,  and grab my arm, and something grabbed my ankle. WELL that was it! I started screaming and swearing at the top of my lungs. Feets, don't fail me now!!! I know I hit the ghoul off me when he wouldn't let go, and even told him I was not above getting my flask out and giving him a good crack with it... and then shoved it off, turned and started going out,  the in way, against a cattle shoot of people. The whole way out I was cussing and yelling for people to "Get the fuck out of my way bitches!!! In the meantime was treated to a few more pops of surprise and would have liked to think I was going to pass out. After one last scare,  let's just say my water broke...and was sweating like a whore in church. One of the attendants grabbed me and told me you can't go that way, in which I replied "Fuck you.... I'm going out this way,  tough shit! You can take your scares and shove them up your ass." I finally existed the house after knocking over two girls near the entrance. It was the longest 10 minutes of commotion, cussing, and scene I ever made. Needless to say my group was laughing there ass off when they got out, found me in half wet cords, and told me many were talking about a guy going ballistic inside and hit one of the ghouls. I was told in no uncertain term to not return. 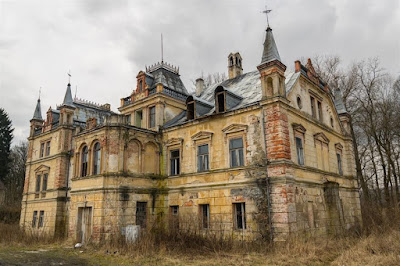 Just a little bit embarrassing. I was 36 at the time.
And the flask was never the same again.
Posted by Mistress Maddie