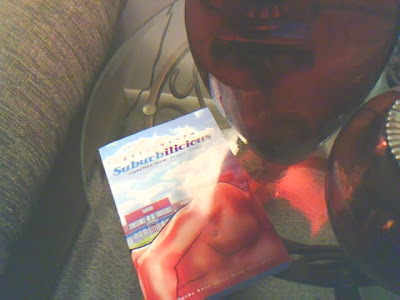 Well dear readers, last week I finished reading Eric Arvin's sequel to Subsurdity, Suburbilicious, and I'm pleased to say I LOVED IT! I found it to be a hysterical, breezy, and entertaining read. Suburbilicious picks right up where Subsurdity left off. Cassie Bloom is back with her side kick Vera, and joined by her son Jason, who has returned home, but Cassie is worried about some secrets buried around the house, especially when a scary looking stranger is spying on her. Rick and Steve are still together, but there is a fly in the ointment named Seth! Terrence bonds with his son Christian. And Melinda, now divorced from her husband is dipping her toes in the dating pool, but her potential date's last mane could be a problem. Steve and Sandy are back, and added to the mix is a new lesbian couple- you know for the home repairs! I found this installation of the Subsurdity series to be a another hilarious look at the gay version of Desperate Housewives, filled with straight and gay characters. This book should appeal to all readers, gay and straight as Eric effectively draws his readers into the wild and zany world of Jasper Lane. And it is a drama filled page turner. I love Eric's style of writing. It is a clear and crisp read with snappy, contemporary dialogue and he has a knack for just the right amount of humor in everyday events. And I love how he builds the history of all the characters from the last book and continues to expand and grow the characters further. Melinda is way more hip and cool in this book, but still has a some of her old character. She sort of reminds me of Brie Vandakamp. I loved her much more in this book. My favorite character again has to be Cassie and her sidekick Vera though. And I can say I didn't see the revelation of their history coming either! There were definitely some surprises in this book. So the Mistress gives this book, Suburbilicious four out of five lipstick tubes! 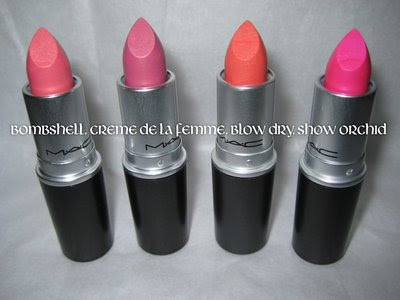 I would have given five tubes, but the wise guy Eric left the Mistress hanging again with what looks like the set up for another installment! Curses! Ah, well, I guess I can wait- it will be worth it. So again, I urge one and all to go to Eric's blog, Daventry Blue to order this book and his others, and while your there leave him some comments! He's a real swell guy! Tootles!
Posted by Mistress Maddie