The dame this week...COCO PERU! 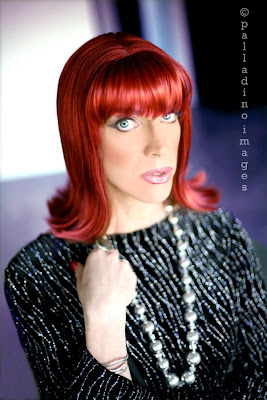 Miss Coco Peru,who is a very funny and entertaining actor and drag performer with her signature flip hair style,is from the Bronx on the City Island and got her start as a downtown favorite in the cabaret world on NYC,after he wrote,produced,directed and starred in his first show in" My Goddamn Cabaret" in the early 1990's. Coco Peru is also known for her role in the independent film "Trick" and also starred in the movie "Girls will be Girls",among numerous other movies and television spots. Coco has also done nine other cabaret shows that were all completely sold out to audiences. She is also a avid traveler. Miss Peru's favorite spots to go are New York City, Los Angles,P-town, Reboboth Beach, Reno,and also has done many a cruise liner. She is currently also hosting a on-going live series of shows at the Renburg Theater in LA called "Conversations with Coco" in which Coco interviews celebrities who have included Bea Arthur,Lainie Kazan,drag legend Charles Busch and Lesley Ann Warren. 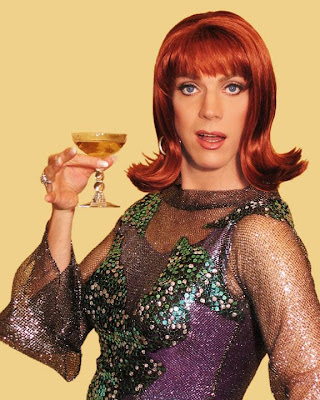 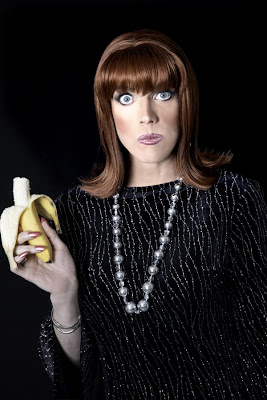 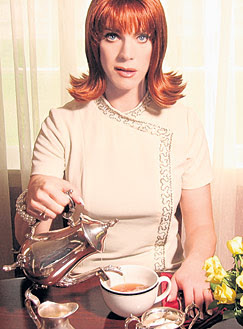 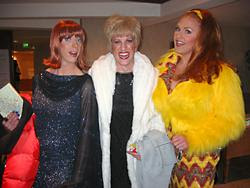 A you tube clip of the fabulous Coco Peru performing from her "Ugly Coco" Show. Funny!

Posted by Mistress Maddie at 5:00 AM