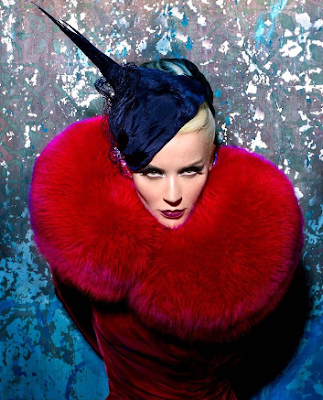 Daphne Guinness  is an English socialite and fashion designer. She is also direct descendant of the 18th century Irish brewer Arthur Guinness. I can remember years ago I saw her at one of Amanda Lepore's cabaret shows. I was quickly mesmerized by how striking and well dressed she was....she became an instant muse and inspiration for fashion in my own work. Hell, if money were no object and I had been a woman, I would most likely be dressing just like her. And what a colorful background she has. 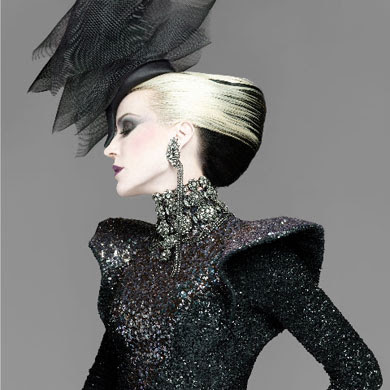 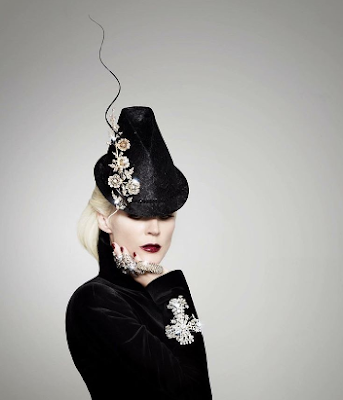 Her father is Jonathan Guinness, 3rd Baron Moyne, the eldest son of Diana Mitford and Bryan Guinness. Diana Mitford was the daughter of David Freeman-Mitford, 2nd Baron Redesdale, the father of the Mitford sisters. Mitford divorced Guinness and married the leader of the British Union of Fascists, Sir Oswald Mosley, 6th Baronet. Daphne Guinness has said she did not know of Mosley's political affiliations, before she heard it in 1980 on the BBC News that he had died.

Daphne Guinness' mother, Jonathan Guinness' second wife, was Suzanne Lisney, of Cadaques, Spain, and Paris.  As a child, she grew up in the country houses owned by her family in England and Ireland. She spent her holidays in an 18th-century former monastery in Cadaqués, Catalonia, where the neighbors included the likes of Salvador Dalí, Man Ray, Marcel Duchamp, Dieter Roth, and Richard Hamilton. Can you even imagine having neighbors like them??? Daphne started her foray into fashion with friend, the legendary Isabella Blow. At the request of Fashion Institute of Technology director Valerie Steele, she spent two years mounting an exhibition of a hundred displays of her clothing, which was staged within the context of her other projects, film and modelling  She has worked with Karl Lagerfeld numerous times and famous milliner, Philip Treacy.  She was a good friend of the late fashion designer Alexander McQueen. Scheduled to model for charity on the runway the day his suicide was announced, Guinness veiled herself in mourning.
She designs fashion, jewelry, and perfume. Since 1994, she has been on the International Best Dressed List. In 2010, she was named in Tattler's top 10 best-dressed list. In 2011, she created a make-up line for MAC cosmetics. In January 2011, she was asked by Tom Ford to close his comeback womenswear show. 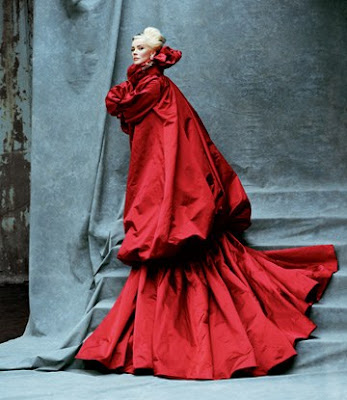 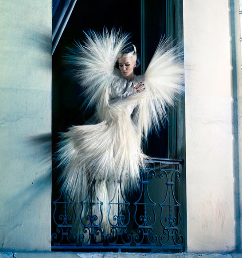 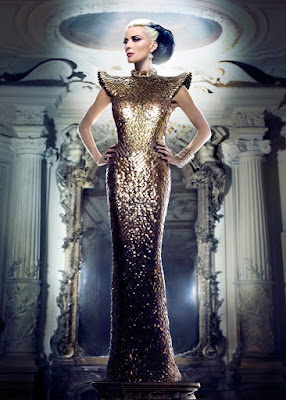 If that isn't enough Ms Guinness has also become a camp character, and a fixture in club scenes.  A philanthropist...In 2012, Guinness auctioned 100 items from her wardrobe to raise funds to start the Isabella Blow Foundation: a charity that provides donations for bursaries at Central Saint Martins School of Art and Design, and also supports various mental health charities. But it's her art and music to me that sets her apart. She is definitely memorable, and her fashion is simply stunning. But if your looking for something out there Avant gaud and something different, look no further. Please....she was doing Gaga before Gaga.
Posted by Mistress Maddie