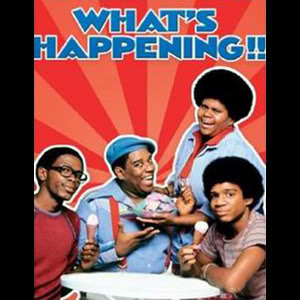 I just had to use the photo of the old show, since it's what I watched for two days of on demand while I was sick. I feel tons better now and went back to work on Wednesday after having a very enjoyable Thanksgiving holiday. I ate way to much of the aunt and uncles' dinner, and have enough left overs for at least four more dinners! I even got to my favorite candle house to do a major stock up on all my candles, a trip to the West Shore Farmers Market to get some of my favorite cheeses and other provisions, and some of my favorite teas at yet another shop near my mother's house. Who knew that would come in handy later this week. So, about that long story why I got sick. On Black Friday, instead of shopping like every other fool, while everyone in the house was out shopping, I decided to start the "to do" list of things for my mother while I was home visiting. First up- cleaning off the the leaves in the gutters and sweeping the leaves and branches off the roof. Easy enough, done it before. So the Mistress gets out the long expendable ladder, gets it up, and heads up the damn thing to get started. I used a long street broom to clean off the roof first. Done. Next, I cleaned out the gutters of all the leaves. A breeze since my mother has screen like things over the gutters to keep the leaves out of them. I just used a little whisk broom for those. As I was just finishing up, I hear a crash! I look around for the source of the noise only to find the ladder has blown over to the ground. Oh shit! And did I mention it was like 46 degrees with winds whipping at about 25mph that day? I didn't? Well readers, it was! I thought how bad could it be? After all, someone would surly be home soon right? Wrong. I was stuck up on the roof for like two and half damn hours! I thought of hoisting myself down slowly from the roof to the top of the fence, but their really was nothing to grip a hold of, and I'm not the tallest either. And lets face it, this cat is not as nimble as I was, say only three months ago!!! And do you think their was anyone to help a damsel in distress? I even flapped my arms at two passing cop cars and it didn't phase them in the slightest! Two other people walked by, but alas had their ear buds were in and couldn't hear my cry for help. I even thought of streaking naked across the roof or taking off my bloomers to tie to the broom stick to get attention!!! By time my mother got home I was pretty well frozen like one of those frozen dildo's from Eric Arvin's story Kidd Christmas meets Snow Globes! (which by the way would make a great stocking stuffer for all your gay friends.) I was getting a little blue when a got off the roof and it took about 45 minutes to warm up. Some warm soup and a long hot soak in the tub! So as you can see my Black Friday was full of fun and hilarity. Now back to the regular Mistress programming.
Posted by Mistress Maddie at 1:52 AM