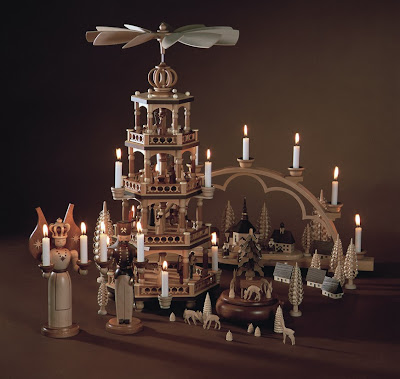 A Christmas Pyramid is a Christmas decoration that has it's roots in the Erzgebirge area of Germany,but has become popular throughout the country. It's a kind of carousel with one or more levels depicting Christian motifs such as angels,manger scenes and other secular motifs such as mountain folk,forests,and other scenes. The spinning motion of the pyramid is traditionally achieved with the help of the candles whose heat spins the propeller above. Generally pyramids are made of various woods. The origins of the pyramids date back to the Middle Ages. In this period it was traditional in southern and western Europe to bring evergreens trees into the home and hang them,in order to ward off moroseness in the dark and cold winter months. In the northern and eastern parts of Europe,candles were used to achieve this goal. The Christmas Pyramid would eventually unify these two tradition's and become a symbol of Christmas celebrations. Over time craftsman added wooden figurines and scenes to enhance the season,to the Christmas Pyramid we see today. Two years ago my Aunt and Uncle got us one for a Christmas gift,and we really treasure it. I could watch the propeller spin for a time, and watch the design it makes on the ceiling. This is the one they got for us. 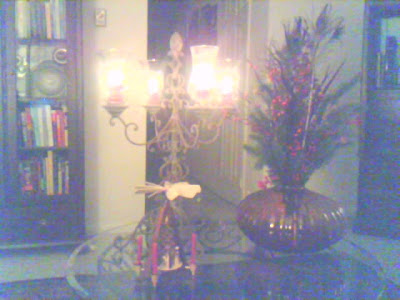 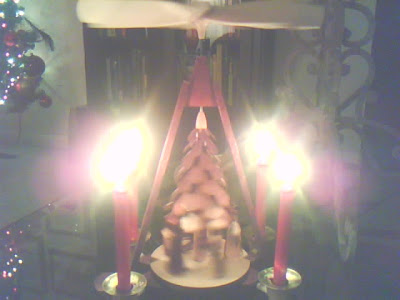 In the Mistress's opinion,the Mueller Company probably makes the most fabulous Christmas pyramids. The Mueller family started making them in 1899 and still continues to, till this day. 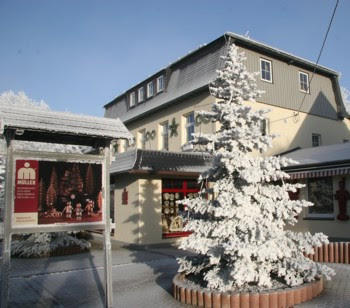 Here are just some of the ex samples of there work and craftsmanship. They really are just beautiful. 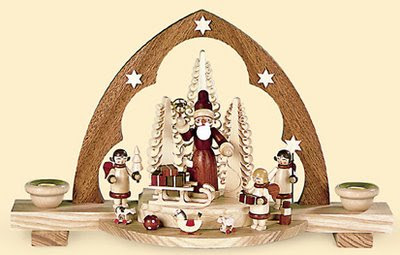 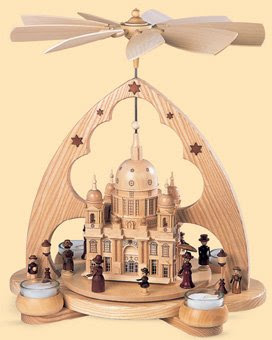 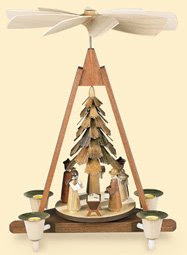 This is another form of the pyramid you may also remember from when you were a child,the Swedish Angel Chime. I was thinking of ordering one on Ebay ,to bring back the sound and memories from the Mistress's childhood. Did you have one of these? 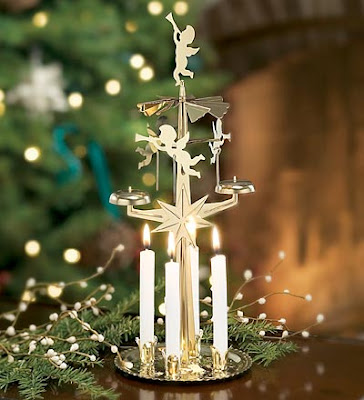 Posted by Mistress Maddie at 11:10 AM