The Mummers and the Mistress

Well, the Mistress is happy to report that I survived the Christmas holiday with friends and family. It was a very nice and relaxing time off and I'm happy to report that the Cosmo's flowed most of Christmas day, so I'm taking every one's word that a good time was had by all. And can I tell ya I had no idea just how many damn versions of the Christmas Carol there were? The Hallmark Channel aired just about all them on Sunday and like a fool I watched them. Some good, some real bad. The rest of the week has been spent cavorting all over and enjoying some good old drinking. Now I'm getting ready to send out 2009 Mistress style with some more drinking and debauching! And the whole city is awaiting the Mummers Parade. Have you ever seen the Mummers Parade? It blows the Mistress's mind that for the most part these are a group of straight men performing down the streets. It looks like a drag show with all the feathers and sequins and the make-up. Here is a mummer. 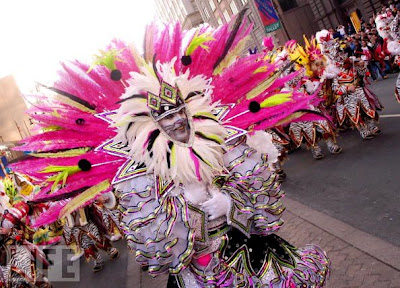 Here is the fabulous Goddess Raven! See what I mean? 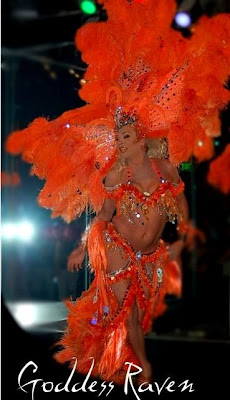 Of course if the Mistress had her way, she would be hitting the town tomorrow night in this lovely frock!!! Loves it. And I'm NOT kidding, I would so wear this with a swank,up-do with piles of pinned up curls!!! 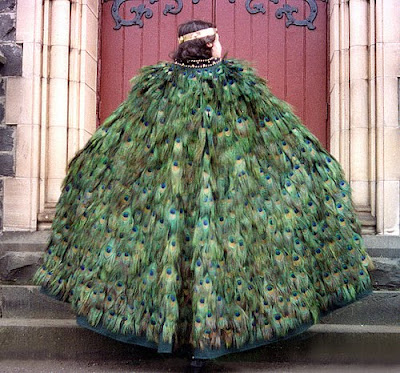 While I don't attend the parade, I have seen it before. It is a lonnnnnnng parade. It generally starts at 10am and goes right thru till 4:00pm. And then there is the evening performances at one of the auditoriums. The Mummers tradition dates back to 400 B.C ,where Latin laborers marched in masks through out the day of satire and gift exchange. This included Celtic variations of trick-or-treat and Druid noise makers to drive away demons for the New Year. Reports of rowdy groups "parading" on New Years in Philadelphia date back before the revolution. Prizes were offered by merchants in the late 1800's. January 1, 1901 was the first official parade. The Mummers Parade is a celebration of the New Year,but is also serious business in Philadelphia. Clubs work year round on their costumes and practice on their routines, for their day in the sun (...or wind,rain or snow.) There are many lively discussions over the scoring by the judges and adherence to the complicated sets of rules the marchers must follow when being judged. String bands are judged on there musical presentations as well as costumes. Some Mummers have been a Mummer as early as 3 and 4 years old and have many members of there family involved. Seeing and hearing a Mummers Parade is a one of a kind experience. 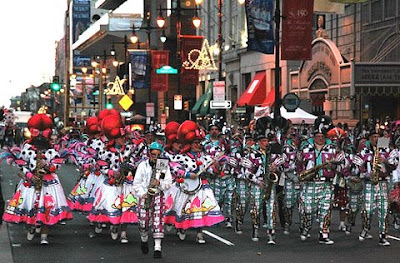 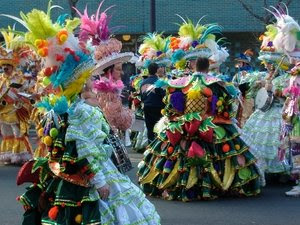 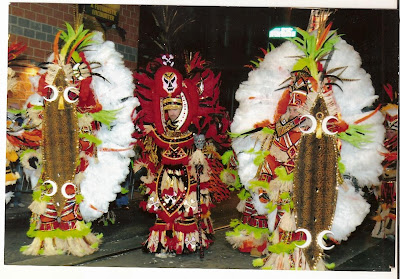 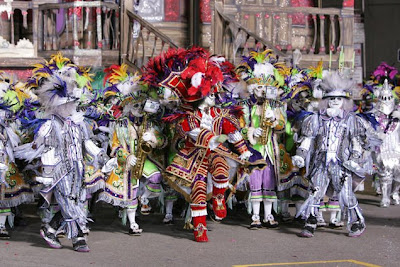 Posted by Mistress Maddie at 8:14 PM