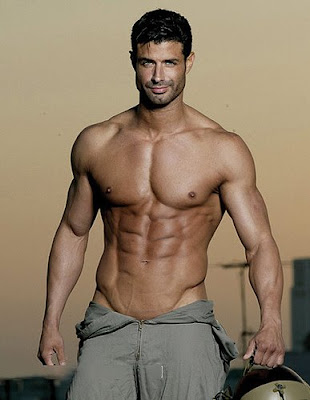 The late Gianni Versace discovered this beautiful man,Matt Schaefer in 1996 while vacationing in South Beach. Matt was then appearing in runway shows of the likes of Armani, Versace, Calvin Kline, and Valentino. His second love was of flying. The news just recently surfaced of his death. He actually died January 7,2009 of complications of cancer. In a sad irony, the handsome Matt just appeared on the cover of Maximum Fitness, in a article titled, How I Cheated Death. It's a shame when someone with so much to give and all their talent passes before their prime. We will miss his beauty.
Posted by Mistress Maddie