Singer Amy Winehouse is supposedly doing much better these days! The Mistress has always loved Amy Winehouse's music since she emerged two years ago. Both her cd's are excellent, although I do like the first cd titled Frank, which was her second release here, better. It has a little more jazz sound to it. Amy has been relatively out of the news. The latest is that she is still in the tropics and her producer has said she is currently working on her third cd. Word in the music world is that she could have another hit on her hands. Plus she is also looking a little better. Here are some of the latest photos. She does appear to look somewhat better. Although the Mistress doesn't care for the shorter hair. 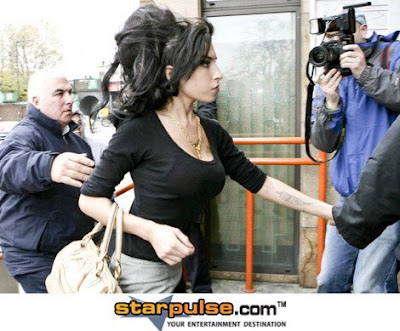 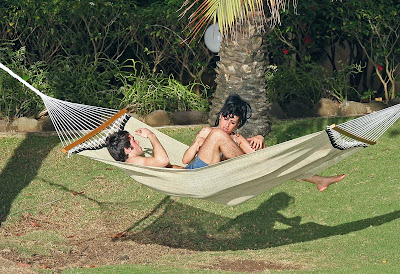 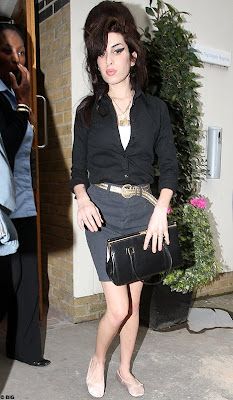 I also understand that the man in the hammock is just a friend. And she might have another new man. Whatever it is working keep it up Amy. Don't have the world's longest running "come back" record like Ms.Whitney Houston!
Posted by Mistress Maddie