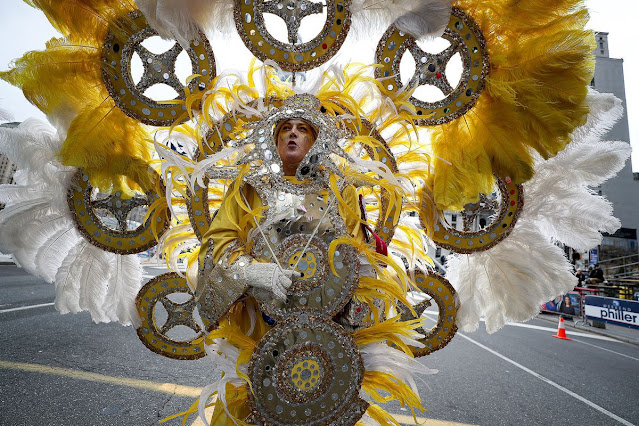 We here at the ancestral home, my mother and I,  just put the pork and sauerkraut in the oven to slow roast for the day. It will taste so good tonight. One tradition that didn't change. While many things are different this year, it's no surprise that the huge tradition of the Mummers Parade also went on,  but in very different and changed ways, unlike the huge spectacle it usually is. The Mummers Parade conjures images of ornate costumes, long standing cultural traditions, intricate performances and string bands, and at times even controversy, in the minds of many Philadelphians. The word mummer derives from the mythological Greek god Momus, who was the god of satire or mockery- and in December each year commemorated the festival of Saturnalia by donning masks and satirizing current events. By the 17th  century, Swedish settlers put a new spin on it, while keeping the costumes and masks, shot firearms in hope neighbors would give them dessert and alcohol on Christmas. Even George Washington got in on the Mummer tradition once when it took place in the week leading up to New Years Day. In the 1800's, mummers continued to dress up for-an often boosy- mockery of the years events, but by 1901 it was getting more elaborate in costumes, and string bands and full on performances to day long spectacles ending late at night... and New Years Day became the offical day of the mummers parade, now making it the oldest folk festival in the country. While it may be different this year, they are still here in my mind, and I'm sure next year among the mummers, the drunken and good rowdy behavior in plumes and feathers and sequins will continue, to full scale debauchery once more. Till then. 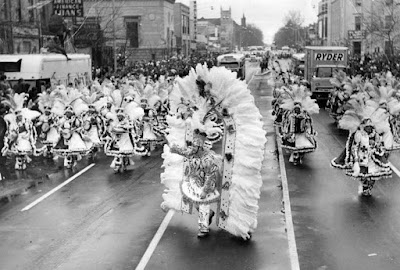 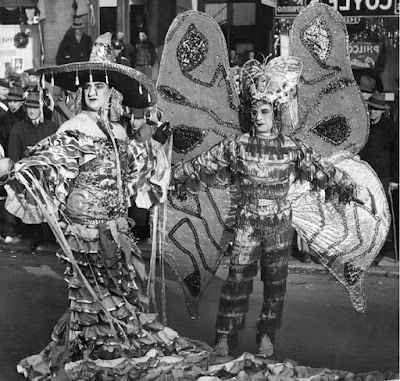 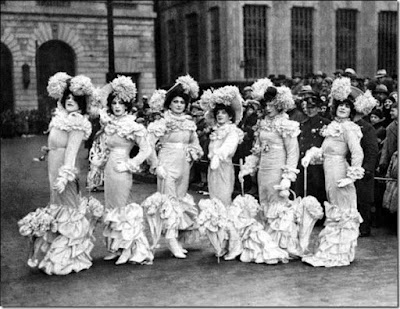 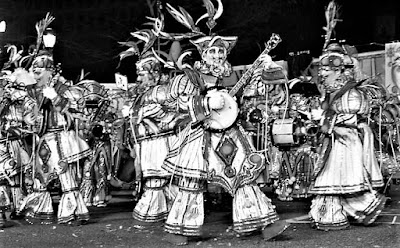 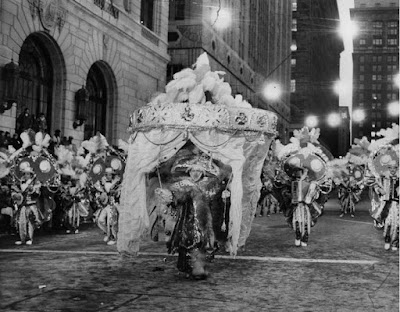 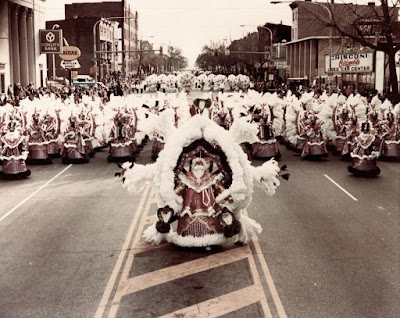 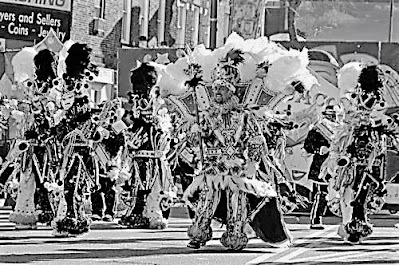 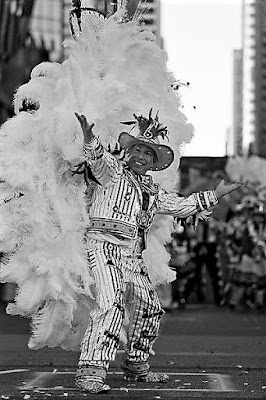 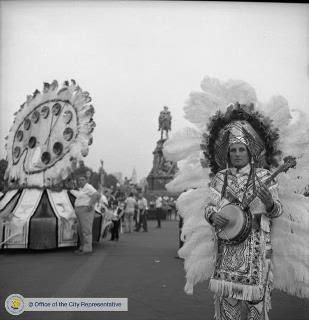 Again...best wishes, happy tidings of health, peace, healing and good wishes to you all... now how about a tradition and a number from the Ferko String Band.
A very HAPPY NEW YEAR!
And for good measure for the year....some Fralinger String Band!
Posted by Mistress Maddie