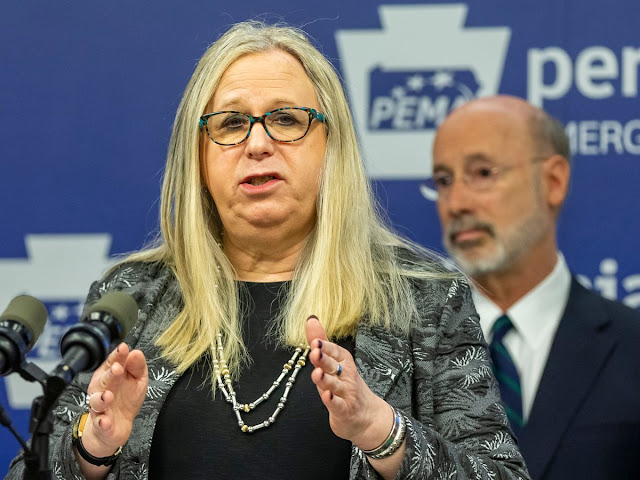 I didn't know if I wanted to do a post about this most jubilant news or not, but yes....I did indeed say yes I wanted to post this. It was with great news that President - elect Joe Biden announced today that he will nominate Pennsylvania's top health official, Dr. Rachel Levine our Secretary of Health, as his Assistant Secretary of Health, who would become the first openly transgender federal official to be confirmed by the US Senate, and the first in a president's administration appointed position. And one that I feel is very well deserved. Dr. Rachel Levine is a brilliant woman, and I know I speak for the people of PA , well, those of us with common sense, that we couldn't be more proud of her and her service to our state. Levine has long been a respected figure in PA political and health communities. She has been very much involved with daily briefings during our pandemic, and very instrumental with getting state relief and safety guidelines and supplies in place not to mention getting the covid app set up and ready to get out. She and our governor worked perfect together during these tiring times. And let's face it...if confirmed she is going to really give the trans community a huge push in the right direction. So yes...I think it's important to feature this and get it out there, visible. 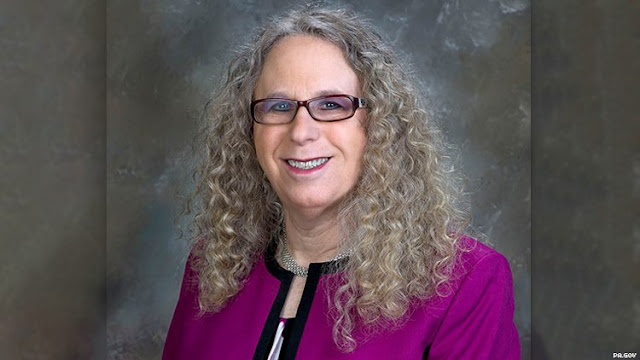 Levine is originally from Wakefield Massachusetts. She is Jewish, grew up attending Hebrew school and even as far back then she recalled that while she was growing up, her rabbi did not talk about LGBTQ issues. She earned her high school diploma and then went on to Harvard College and the Tulane University School of Medicine and completed a residency in pediatrics and fellowship in adolescent medicine at Mount Sinai Medical Center in Chicago. She then went on to a fellowship at Mount Sinai in NYC. After moving from Manhattan to central Pennsylvania in 93 she joined the staff at Penn State Hershey Medical Center, which during her tenure there, she created Penn State Hershey's adolescent medicine division and eating disorders clinic. She was in charge of the latter when she was nominated for the position of the Pennsylvania Physician General in 2015, where she stayed till Governor Wolf in 2017 appointed she to Secretary of Health and she was unanimously confirmed from both sides respectfully. Levine transitioned in 2011 and with not much fanfare surprisingly...the way it should be. Levine is also a board member of Equality Pennsylvania, an LGBTQ rights organization and has two grown children. Just prior to Transgender Day of Visibility, Levine discussed her role in the fight against COVID -19 and how her visibility can make a difference in the fight against anti- LGBTQ and especially trans stigma.

Congratulations, Dr Levine!!!!! Much luck to you!

And we thank you for your service to our citizens of PA.