The Philadelphia Orchestra is one of the world’s preeminent orchestras. It strives to share the transformative power of music with the widest possible audience, and to create joy, connection, and excitement through music in the Philadelphia region, across the country, and around the world. And we love them and it's conductor Yannick Nezet-Seguin's for it. 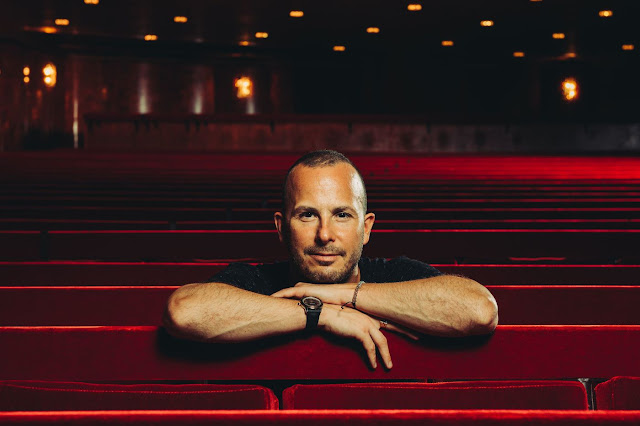 The man is amazing, and not only for his very tight clothing and good looks...this man has talent,  and I have said several times, he speaks and has mastered the English language more skilled and precise and eloquent even over some Americans. But this week I love him even more now  as what I saw on his Instagram yesterday. The Phil Orch,  and his own Instagram is very entertaining btw. On his account, he posted his letter to President Biden!  The Philadelphia Orchestra music director, Yannick, is urging the incoming presidential administration to take immediate action to help save a U.S. arts sector battered by the pandemic. and the last administration's havoc. He urges them to consider appointing a cabinet-level champion dedicated to arts and culture — an idea proposed by others that has gathered steam. Yannick said in his letter “In order to progress, to elevate the arts, we need a voice at the table that will be heard,” he writes. The letter was posted Tuesday on social media and in the Philly Inquire, and will be sent directly to Biden and Harris, his second. 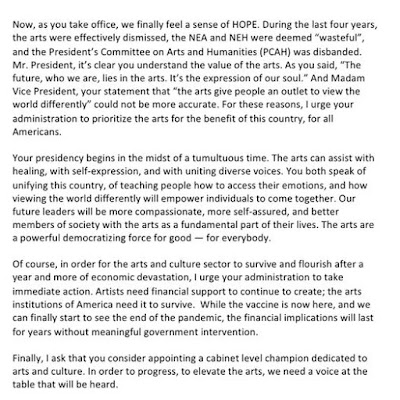 He also wrote a letter right after they won the election and congratulated Biden and Harris, and says that although he is a Canadian citizen, as music director of the Philadelphia Orchestra and the Metropolitan Opera, two of the country’s greatest cultural institutions, he is a proud artistic citizen of the United States of America. He writes their election could not come at a more opportune time, saying that “like many industries, the arts and culture sector of the United States has suffered greatly over the course of the COVID-19 pandemic, and vital government support for the arts has been late and insufficient to date. Many arts branches are struggling to stay open, and many symphonies are now on verge of collapse. He notes the long shutdown of concert halls, opera houses, theaters, museums, and artistic spaces. "Durning this time we have lost so many colleagues and musicians that make up the diverse fabric of the American artistic voice. We have lost the driving force in our lives: making music, theater, creating art for live audiences.” "Now, as you take office, Nézet-Séguin writes, “we finally feel a sense of HOPE. During the last four years, the arts were effectively dismissed, the NEA and NEH were deemed ‘wasteful,’ and the President’s Committee on Arts and Humanities (PCAH) was disbanded." And he is right. For three of the four years the dump administration was in,  the White House had proposed a federal budget that would shutter the National Endowment for the Arts, the National Endowment for the Humanities, the Corporation for Public Broadcasting — which supports PBS and NPR — and the Institute of Museum and Library Services. While they didn't shutter them they did do deep cuts, the plan provided small appropriations for each agency to facilitate its orderly demise. The cuts total $897 million of the $4.7 trillion 2020 spending plan. In another part of the letter he wrote " Mr. President, it’s clear you understand the value of the arts. As you said, ‘The future, who we are, lies in the arts. It’s the expression of our soul.’ And Madam Vice President, your statement that ‘the arts give people an outlet to view the world differently’ could not be more accurate. For these reasons, I urge your administration to prioritize the arts for the benefit of this country, for all Americans.” Very well said Yannick. I couldn't agree more.

Who could imagine life without the arts,  and why would they want to?