His name was William Dorsey Swann, but to his friends he was known as “the Queen.” 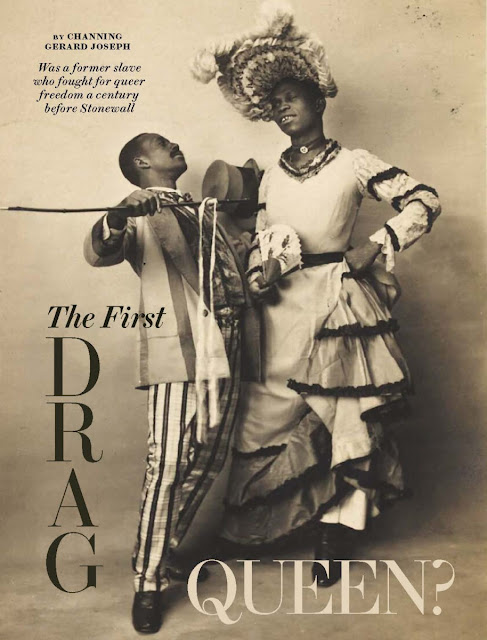 It was recently discovered in the last couple years that "the Queen" may have indeed been the first drag queen in the US...dating back to slavery times. Both of his names had been forgotten for nearly a century before they were rediscovered. William Dorsey Swann, a former slave, Swann reigned over a secret world of drag balls in Washington, D.C. in the 1880s and was the leader of possibly the world’s earliest-known LGBTQ liberation group...way before that of even the Stonewall and Compton riots. Swann was born approximately 1858 in Maryland.  He lived through hellish slavery and the Civil War. In 1896, after being convicted and sentenced to 10 months in jail on the false charge of “keeping a disorderly house” — a euphemism for running a brothel — Swann demanded, and was denied, a pardon from President Grover Cleveland. Swann’s crime? He hosted a drag ball. Swann’s action also was an historic act — Swann is the earliest documented United States’ resident to take direct legal and political steps to defend the queer community’s right to gather without the threat of criminalization, suppression, or police violence, according to the site, Nation. A nice read, but you will have to join the site, or buy a day pass for $1.00 for a 24 hour pass, to read the article. 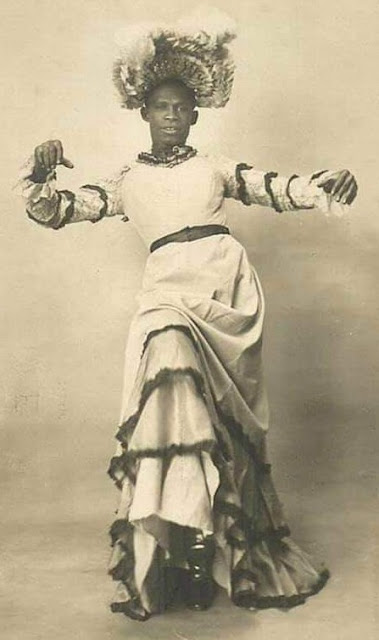 From Fashion and Race Database- On a spring night in 1888, the Washington police raided a residence near the White House. They arrived into a scene with dozens of Black AMAB people dancing together and wearing women’s dresses in the latest fashions. Most of the men scattered immediately, struggling to remove their garments, wigs, and accessories as they leapt out of windows and escaped through backdoors. However, William Dorsey Swann, the self-declared “queen” of the party, which was held in honor of his thirtieth birthday, refused to leave. Filled with anger, Swann stormed towards the police to prevent them from entering the room and causing further damage. The National Post reported that “the queen stood in an attitude of royal defiance,” he told the police “you is no gentlemen,” all while dressed in “a gorgeous dress of cream-colored satin.” Swann’s defiance marked one of the earliest documented instances of resistance in the name of queer rights. After the brawl, Swann was arrested for “being a suspicious character” along with 12 other African-American people. Although this surprise raid led to the arrest of several drag queens, some reports claimed as many as 17 escaped, and without the documentation from the scandal, Swann’s story would have been lost in history.

During his enslaved life, Swann endured the hardships of forced labor and lived through the tumultuous Civil War. Yet, after emancipation, Swann managed to thrive in a racist, discriminatory society. Despite experiencing various injustices such as police surveillance, brutality and public slander, Swann was an unapologetic activist for queer rights. As one of the first recorded drag queens and gay right’s activists, Swann created organizations for queer liberation and safe spaces for self-expression.  His bold views and celebratory drag balls would lay the foundations for queer activism and the future ballroom scene. The House of Swann’s balls parallel modern ballroom culture, vogue balls and beauty contests today. Could the House of Swann have created and started the whole lifestyle? Pretty cool if it did. At the balls, people would dress fully in women’s clothes and use feminine stage names much like modern drag queens today. Ballroom participants were divided into family-like houses, led by “mothers” and “queens.” The competition would be centered around cake walks, a form of dance enslaved people invented to mock their captors (so-named because the winner would receive a cake). Dancers would parade around the floor and use exaggerated hand gestures, perhaps establishing a precursor to Voguing. 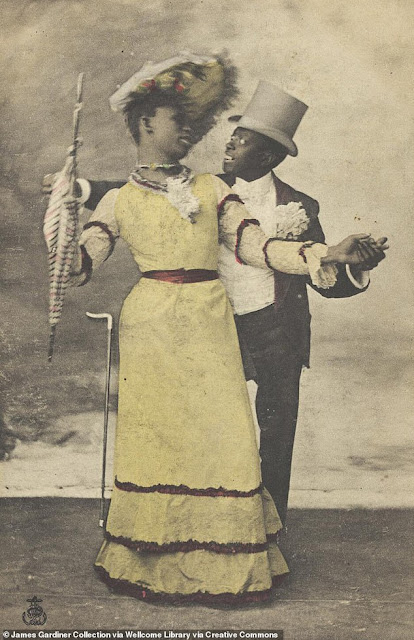 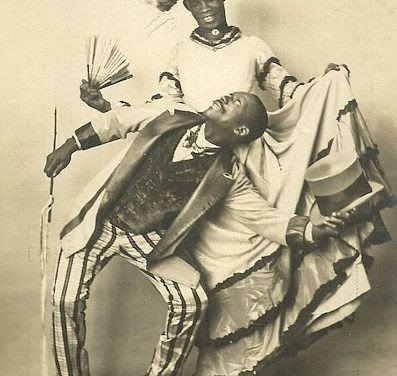 Swann's activities and achievements are quiet remarkable considering the day and age. In the late 19th century, Swann's drag balls came with grave risks to his guest' reputations and livelihoods. People who were arrested and jailed had their names printed in the newspaper and were target of vicious scorn. By the early 1900's Swann had retired from the drag ball scene, and left the House of Swann to his brother Daniel J Swann.  Swann's actions then helped set the stage decades later for gay celebration and protest like The Black Cat Uprising and The Patch protest in Wilmington that would pave the way many years later for the modern LGBTQ civil rights movement.Swann’s amazing and little-known life was uncovered and explored by Channing Gerard Joseph in his article for the Nation. Joseph is a journalist and historian, who also is writing a book on Swann’s life, The House of Swann: Where Slaves Became Queens, set for a 2021 release. In  his extensive research, Joseph didn’t find any photos of Swann. The pictures in this post are of very early American Vaudeville duo, Gregory and Brown, who caused quiet the sensation in Paris in 1902 by introducing the Cake Walk.  If any photos do exist, they haven’t yet been found. Joseph says his research on Swann began 15 years ago when he stumbled on an article from the Washington Post dated April 13, 1888 with the following headline “Negro Dive Raided. Thirteen Black Men Dressed as Women Surprised at Supper and Arrested.” Joseph writes that headline caught his attention and the rest uncovered slowly. I very much look forward to getting the book for my collection of drag biographies. This is simply amazing.

A huge hat tip and four French kisses to handsome tall glass of water, Mr. DeVice for emailing me this excellent info and bringing it to me attention. Report to my boudoir at 11pm your time. We shall dine on copious amount of Ferrero Rocher.