A Weekend of Balenciga & Barbque

The Mistress is happy to report that she enjoyed herself over the weekend for her winter vention, and is so glad I made it to the stunning Balenciaga Exhibit at the Spanish Institute. After meeting up with my good friends, Mame and Kailyn who was in from San Fran, and, of course, after a nice cold draft or two, we head to the exhibit. 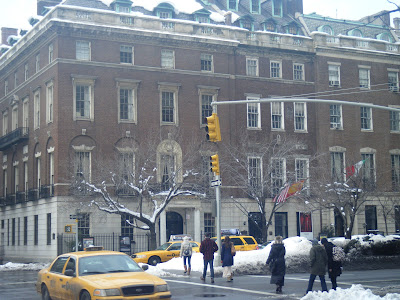 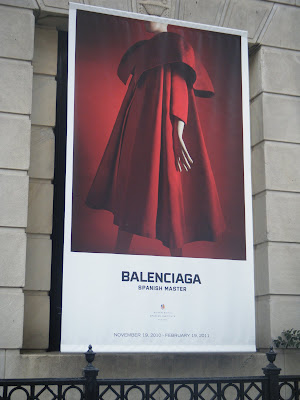 If you go to the exhibition, which was organized by Hamish Bowles at the suggestion of Oscar de la Renta, a protégé of Balenciaga’s, and chairman of the institute, you will be rewarded with top examples of the couturier’s designs — the flamenco-style gowns, the fichu stoles and matador-inspired hats, the evening dresses that seemed to follow the austere sweep of a nun’s wimple — borrowed from archives and private collectors. Mr. Bowles, a Vogue editor, and the curator of the 2001 Jacqueline Kennedy exhibition at the Metropolitan Museum of Art, knows his way around Balenciaga. He is putting together a second, larger exhibition next spring at the de Young Museum in San Francisco. 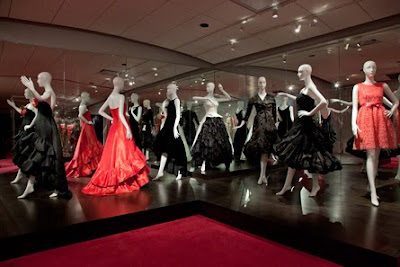 The exhibition is presented on two floors, giving a separate view to clothes inspired by the Catholic church, like a crimson coat and a severe black evening dress that must have been based on a priest’s cassock, and another view to more festive garments influenced by flamenco and the bullring. On both floors are examples of Balenciaga’s stunningly simple dresses and suits. I also was sooooo pleased they had three of my two favorites pieces from his collection on hand to view. The Mistress soooo needs that first one for her wardrobe! 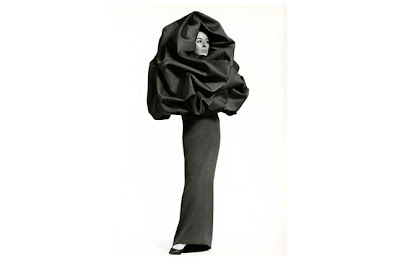 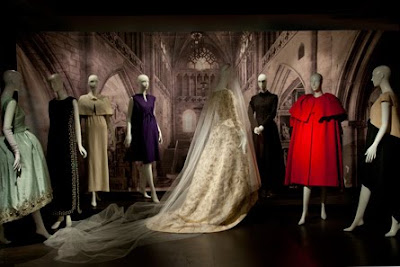 Also upstairs was a replicated fashion house salon where the upper crust would go in private to view his collections. The room was stunning and there was a film reel being played with footage from the runway shows in his fashion house. And so many interesting facts learned about him too that I didn't know. On the way out I had to snap this picture of the staircase in the building. Cool huh? 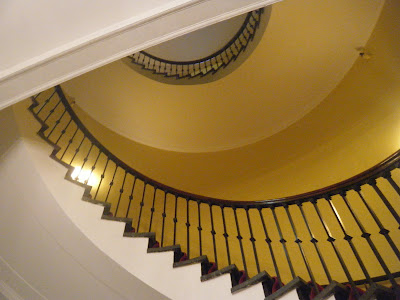 After viewing such stunning fashion we worked up a huge appetite, so we headed up to Harlem at a place that was recommended to Kailyn called Dinosaurs 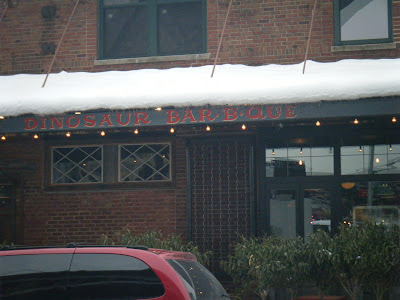 And can I just tell y'all how God damn delish the food was there? They specialize in all BBQ entrees.We all pretty much had the brisket, ribs and BBQ pulled pork platter that came with BBQ beans, corn bread, greens, and Kailyn and I added shrimp to ours. We also started off with some delish deviled eggs. 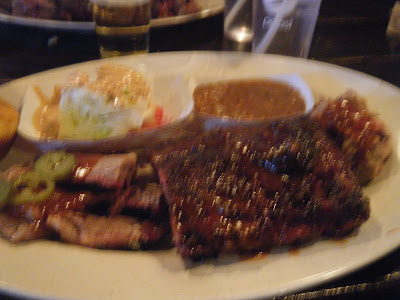 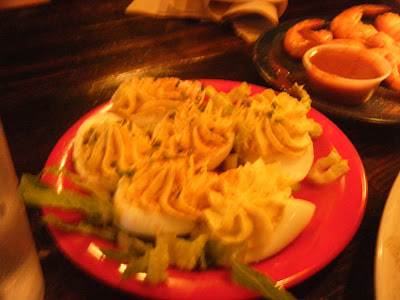 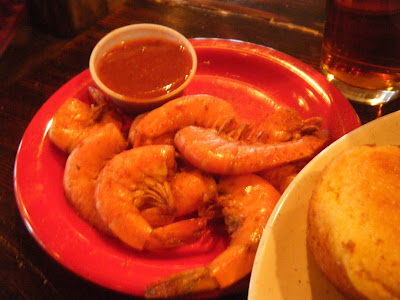 After dinner we went back to Mame's abode to freshen up for the go-go boys at the Urges Lounge and have a few cock-a-tails. We ended up shooting the shit and listening to music from back in the day all the while having a little church. Next thing you know time has passed and after a ton of cock-a-tails and a 2:30am pizza order we never even made it out the door!!! We were all just a tad pinch dronk to go anywhere. But we were all with each other having a great girlfriends moment and isn't that what weekends and good friends are for? And the hang over brunch with bottomless Mimosa's was just what the doctor ordered the next afternoon. Thanks girls for such a lovely weekend!!! Tootles! 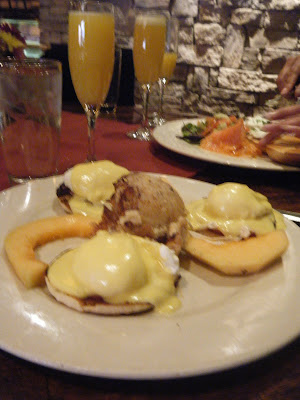