Afternoon at The White Dog Cafe 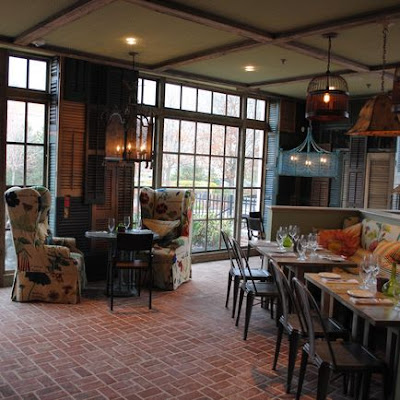 My New Year weekend continued yesterday with a day at Longwood Gardens when the weekend guest asked me along. I was tried, ok, a wee bit hung, to go. But when they said they were going to go to the White Dog Cafe, I just had to go. The place opened on the Main Line, a hoytie toytie section of the Philly burbs and is a place to see and be seen from what I hear. It’s no exaggeration to call White Dog Cafe the most anticipated restaurant since Main Line Dine, a dinning rag, began covering the local scene in 2003, so it was with a mixture of anticipation, curiosity and feeling social that the Mistress braved the early crowds to get a peek at the new local hot spot. Even from the street, the space White Dog occupies is stunning, three brownstones turned into one. 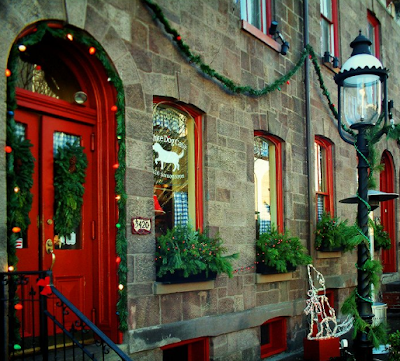 The bar offers a small but sensible wine selection, as well as some local beers and a variety of signature cocktails. And they even had a Ginger Sidecar, which Adrien was too kind to be topping off every time I looked over my shoulder! On cold nights they have a nice warm selection of hot toddies! 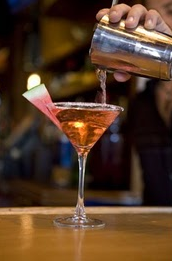 The White Dog's interior was worth the visit alone. The front room, which contains the expansive bar, is decorated wall to wall with painted dog portraits, creating the feeling of a cozy, fun and slightly strange hunting lodge, I think, never being in one. The two side rooms are closer to a living room, or perhaps a country cottage, and the back room, with its bright lighting and butcher block tables, feels more like a bouchon. 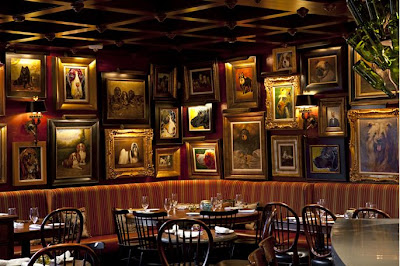 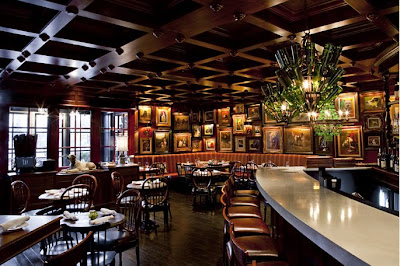 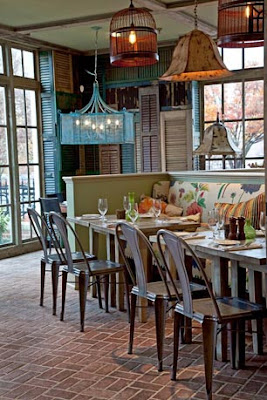 The menu, of course, is all about fresh, local, sustainable, fair trade ingredients, and though the original owner no longer runs the day-to-day operation of either location, her ideals remain at the forefront of each. Most items are organic, and fresh. And you could taste the difference. 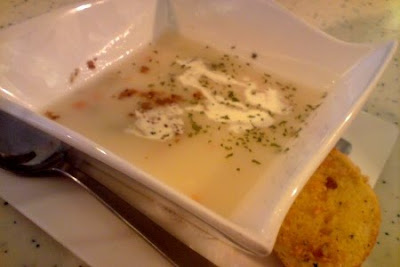 For starters, I had a Clam Chowder which was described as ‘a delicious and flavourful potage’. No to potage, but yes to thin broth. Although dashed with some bacon bits, the soup was flavorful. 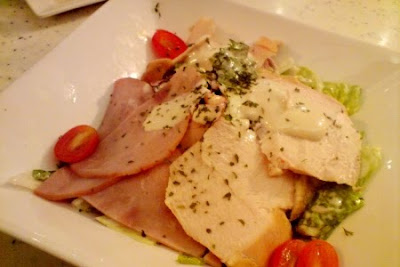 It’s hard to find a signature dish on its menu, so I ordered a White Dog’s Chef Salad. The salad was a hearty mix of honey-baked ham, smoked chicken and duck laced with tangy orange mayonnaise and greens. I must say the portion was generous, and simplistic. 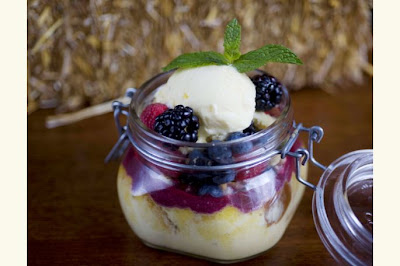 And how cute is the fruit compote in the jar? I see a return visit soon. Tootles!
Posted by Mistress Maddie