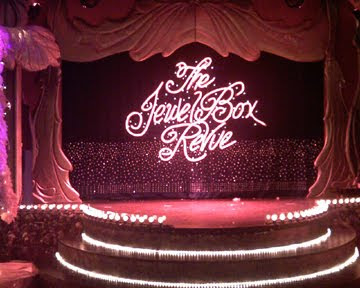 It wouldn't be a Drag History Month without thinking about the great divas and the touring troupe, The Jewel Box Revue. The Jewel Box Revue was a famous drag/female impersonator touring company that began in 1939 and ran well into the late 1960s. Sort of a all drag Lawrence Welk if you will. Danny Brown and Doc Benner were lovers and longtime producers of the revue, and were said to be pretty tough customers who never backed down from a fight and were known to run a very tight ship. They were hard on their employees but could be brutal to anyone who messed with “their girls.” 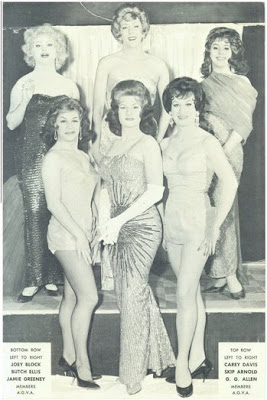 The show became incredibly popular throughout the United States. Stars of the revue such as Mr. Lynne Carter, whose talent and skill as a dancer was legendary, became quite famous and included the Rat Packer and toe-tapper Sammy Davis Jr. as a fan. The drag revue was most often comprised of “25 Men & One Girl.” The one girl was none other than Miss Storme DeLaviere who served as the sole male impersonator for the revue. Storme would garner iconic status within the LGBT community in 1969 for being one of the first people to fight back against police officers during the raid on the Stonewall Inn. The riots that followed would spark the modern gay-rights movement. Despite government crackdowns against gay performers and female impersonators, the revue successfully toured America and Canada anyway, for nearly 30years. At the height of its popularity the revue headlined at the famed Apollo Theater in Harlem to rave reviews. 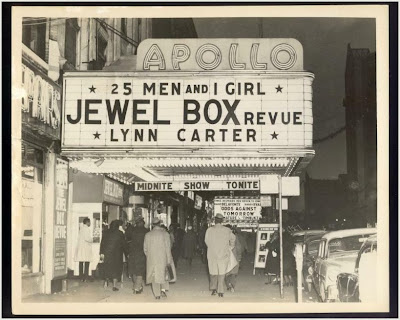 I think it's interesting though that drag queens back in the day used male names instead of the campy names we now have today. It had something to do with letting the audience know they were in fact men. Some of the notable divas performing there. 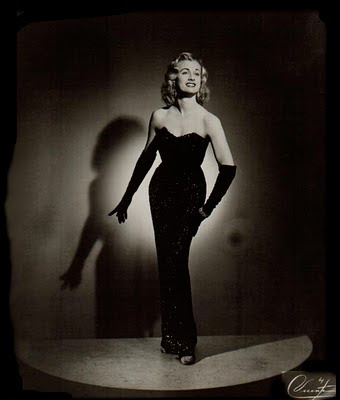 Lavern Cummings was a long-time performer in the traveling troupe of The Jewel Box. Cumming's career seems to have spanned the post-war period into the sixties if you judge by her clothing and hair.

Gita Gilmore was one of the original members of the revue and often impersonated Mae West. Miss West even invited Gita to a show once and was asked backstage to meet the bombshell herself. 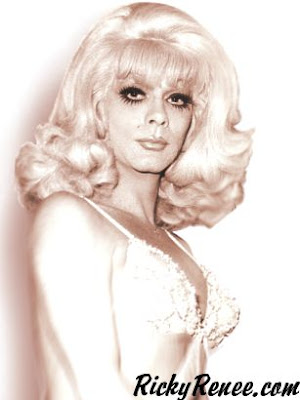 Ricky Renee went on to become one of the most well known Jewel Box dancers and can still be seen performing in Europe where she now resides. 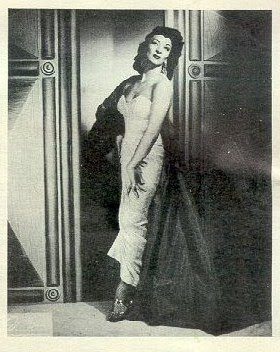 Ricki Raymonde had a most amazing operatic voice and could sing a high C, then immediately drop to a deep baritone which would gasp audiences. 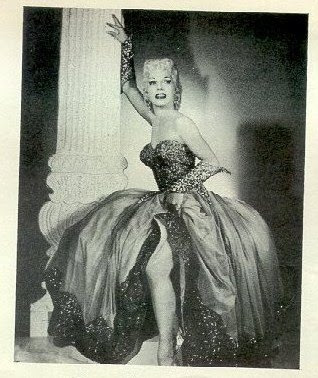 Jane Korday was with the Jewel Box longer than any other member and was known as the boy with the million dollar legs and was also the revue's hair dresser. Some of the other notables were Don Marshall who was one of the few black men performing in drag at the time, Mr Titanic who was every one's favorite blond bombshell, and Chunga Ochoa who was the featured dancer and choreographer for the review. 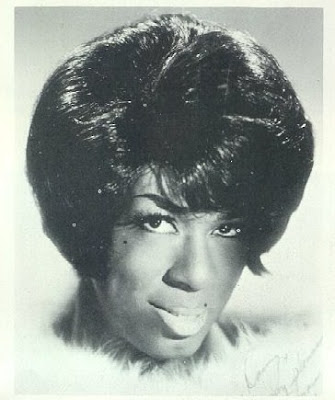 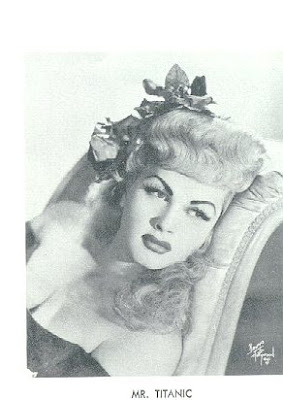 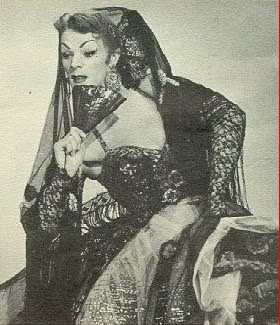 I would have loved to seen one of these shows.
Posted by Mistress Maddie