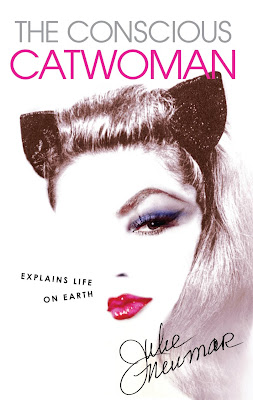 Julie Newmar played the original Catwoman in the camp 60s TV show "Batman". Unforgettable. She was purrfect. Seductive and comedic with the most incredible legs in showbusiness.They were insured for $10 million - except in the case of theft! Her unique, beautiful, animated and feline personality makes her one of my favourite women of all time. But there is so much more to Julie Newmar and she's about to release a book!
She bedazzled audiences as the temptress in many films, conquered Broadway and moved into TV .Apart from screen, she created the Nudemar, a new design in pantyhose, became a Paris model for Thierry Mugler,appeared in George Michael's music video "Too Funky", has had a film named after her from Stephen Spielberg's company "To Wong Foo, Thanks for Everything Julie Newmar",and has even had an orchid, rose and day lily are all named in her honour. I can't wait for the book. This will be a very valuable addition to your library, if you are a) conscious, b) alive, and c) on Earth. d) a Catwoman is optional...consult your costumer or therapist for details. Julie's book is filled with observations, quotations and sublime sensations to help in your relations and elations, and even daily ministrations. It should become available in early 2011. And she even has her own blog at Julie Newmar Writes.
Posted by Mistress Maddie