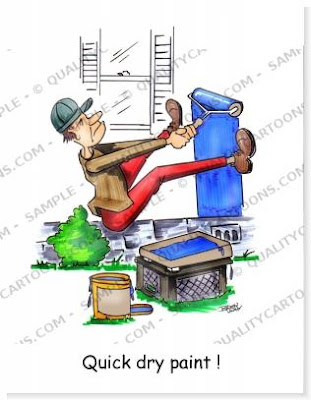 The next time I decide to do some major home improvement project I am going to post about it first,so y'all can take me out and shoot me,or tell me not to do it! I have painted before,but it has been a while and never though this would take some damn long. All the covering of furnishings,taping off where you don't want the paint,the smell of it,and then putting it all back when your done!Next time a professional will be hired. And Starrbooty was NOT happy in the slightest that her abode was being ripped apart from stem to stern! 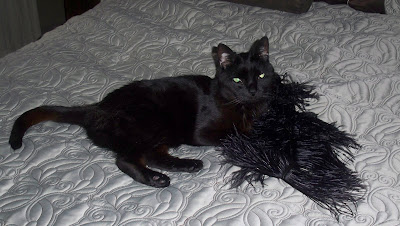 I know she looks relaxed in this picture, but this was taken after her ordeal where she had accidentally got her tail in the paint tray, which try cleaning a cat's tail and holding them still so they don't track the paint all over. Afterwards the mongrel swiped this plume out of the closet which was to be used for a Mistress outfit,and ran to the bedroom with it! Kids! Anywho, the major part of the painting is now done,and today is the kitchen which shouldn't be to bad. I do have a sense of accomplishment and have been wanting to do it for a while but I feel like I could have been going fun things! Or relaxing ,as I will be in Long Island most of the week. Which reminds me to tell y'all to have a wonderful week! I am checking out till Friday !
Posted by Mistress Maddie

Email ThisBlogThis!Share to TwitterShare to FacebookShare to Pinterest
Labels: Starrbooty