Was it me or was this a long week? The Mistress thought this week would never end.This week we started to install our Christmas trim at the store. We have a very elegant and chic Christmas trim program so it is not overwhelming. We got just about all our trim up.We worked some extra hours,but not anything to ridiculous. Then on Tuesday of course, was Election Day. The Boy-Toy has been tied up for months since it all began, and ended Tuesday,finally! We were happy with all the outcomes and his boss got re-elected for a fourth term and by a landslide! Needless to say we were late to bed that night! The Boy-Toy took off for home now to rest and visit family for a week,so the Mistress is on her own till Sunday. A while back I posted about a make-over show coming to film in our store,but I couldn't remember the name. Well it turned out it was, What Not to Wear. I have only seen this show once,so I had to research it. It is on TLC Channel. Well the hosts and crew show up yesterday, so the Mistress had to make sure her areas of the store looked top notch! I did get to see a half hour of the shooting of the episode, before leaving for the day. The host are Stacey London and Clinton Kelly. 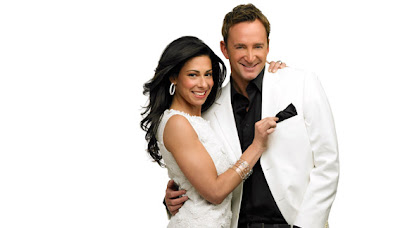 Clinton seemed really cool,and boy is he funny! The next day we had very little clean up to do. They ended up filming most of the show in the posh fitting rooms of our At Your Service, which is our personal shopping staff quarters. They said everything went very well. And from the feedback everyone said Clinton was very nice to work with, but this Stacey chick was sort of snotty and demanding. All I know was it was fascinating to watch. Then today while finishing up our Christmas trim,the Mistress got a page on her beeper to get some swank boots off one of her mannequins. After I retrieved the boots and took them to the shoe salon I find out there for none other then Kate Pierson of the B-52s. 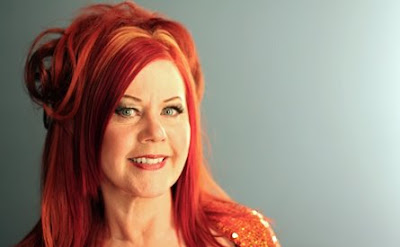 I never would have thought she would be in the store. The sales professional waiting on her said she was on her way to California for one of the B-52's concerts. She was way cool and very pleasant. I have to admit I'm not a big star fucker,except if I ever saw Vanessa Williams,then I may become all stupid and such! But it was cool to see her! I have always liked their music. After work today I stopped at Home Depot to pick up...... 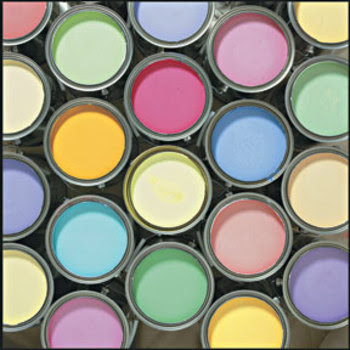 That right y'all,the Mistress is going to be painting the abode this weekend while the Boy-Toy is away to freshen the place before all the holiday entertaining starts. So I speckled all the holes tonight so I can slip on my painters overalls in the AM and go to town. Starrbooty,my cat, won't be to happy as she will be quarantined to the Mistress's boudoir for most of the day. After that's done the draperies will come down and get a good dry-cleaning also. There will be no rest for the weary this weekend. After arriving home I got a email from a good friend in Harrisburg that included a picture of Miss Ito. 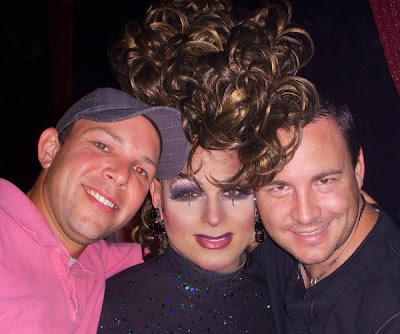 Miss Ito is one of the Grand Dames of Harrisburg,and this was from a party they were just at last week. I swear this bitch gets better looking with age! Next week I just found out I'll be going to Long Island to help out with some of the visuals in the Huntington Station store. So,it looks like it going to be another busy week coming up!
Posted by Mistress Maddie at 9:46 PM