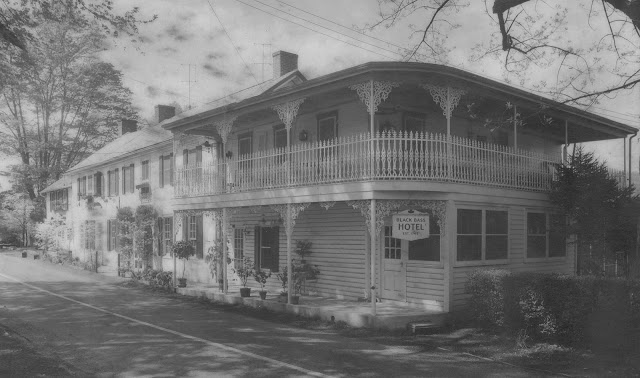 Over the weekend, I was able to get out for another safe dinner and drinks, while the outdoor places are still open and one can dine al fresco. It was lovely.. and then I even took a chair and sat for an age watching the river flow by. I enjoy this area, this time of year is always a favorite. Many think I'm nuts to enjoy this haunted area, but I love the stories,  and may be weird, but enjoy that chilly vibe you get in many of places around here, get my adrenaline running, like the Black Bass Hotel, where I went back too. 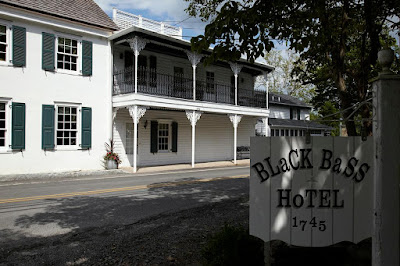 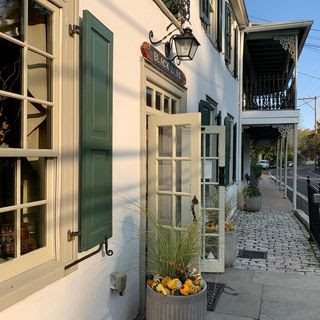 Built in the 1740s, the Black Bass Hotel served as a haven for travelers, traders, and sportsmen. The famous tavern had many names through the years including Wall’s Tavern, Lumberville Hotel, Temple Bar, and finally The Black Bass Hotel. As one of the oldest inns in the country, we are proud to be included in the National Register of Historic Places. The Bass seeps with a rich history, and the hotel as roughly not changed much over the years. One of the most notable documents that while George Washington is known to have slept in several historic properties throughout the Delaware Valley, he notably did not stay at the Bass. As Commander-in-Chief of the Continental Army, Washington was turned away by the innkeeper of the Bass who was a Tory and loyal to the British Crown. He made it clear that Washington was not welcome to stay. Shortly thereafter, just 14 miles south, George Washington organized the first move in a surprise attack against the Hessian forces. He and his troops crossed the Delaware River to Trenton, NJ on the morning of December 26, 1776. This proved a decisive victory in the American Revolutionary War that helped turn the tides in American’s favor. 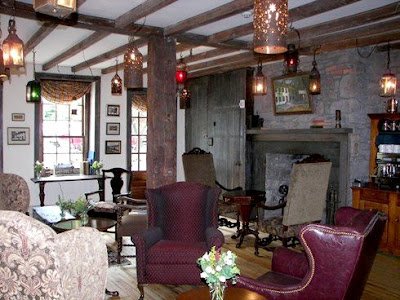 It's what I like about this town, so much history and this area is also one of the most haunted in the country. The Black Bass Hotel is no exemption. For generations rumors abound regarding memorable spirits associated with the Black Bass Hotel. During the renovations in 2009, several paranormal film companies requested the opportunity to set up their equipment to document any supernatural presence. They were not disappointed by their efforts as they captured various orbs and related activity during filming. When I was there Saturday, I asked the bartender if he ever experienced anything. While he said he never saw anything, he has experienced unnerving feeling of being watched and extremes temperature differences very quickly and often..

Some of the most significant spiritual lore includes, Hans. Many claim to have seen Hans. In the early 1800s, a group of immigrant workers arrived in Solebury to build the Canal. Hans, who was the proprietor of the Bass at the time, got into a dispute with one of the workers and was ultimately stabbed to death. The barstool on which he was sitting is still in the Canal Bar to this day. Some have seen him standing in the corner of the Bar. He is said to be a large, burly man lurking near the spot where he was murdered. 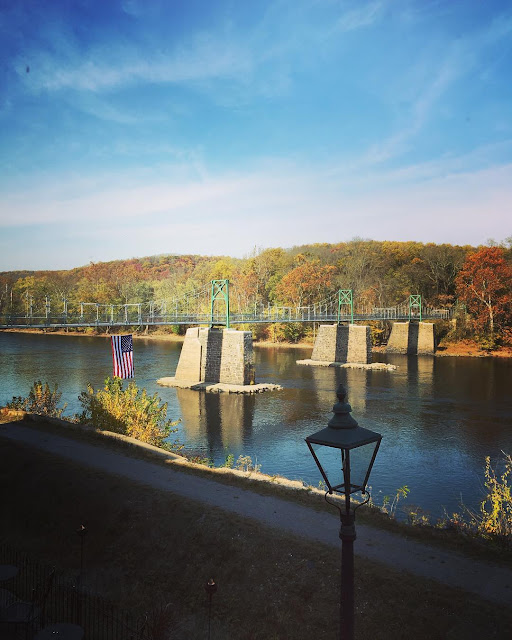 The canal workers, men who died while working on the canal-either from disease or exhaustion-were placed in a makeshift morgue off of the Canal Bar. Their bodies were stored there until the boat made its way down the Delaware to retrieve them. Over the years, this room has been known to have unexplained, rapid drops in temperature. Some have reported hearing strange sobbings sounds emanating from the area, while others have relayed a sense of the hair suddenly raising on the backs of their necks as they walk towards this area. 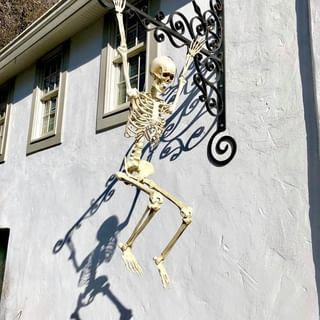 One of my ex's still hanging around. 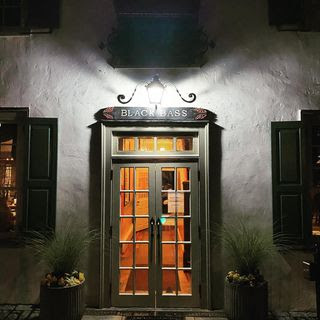 And finally, the Woman in White. A woman dressed in white has been often seen wandering the halls of the hotel and sitting in a guest room with a pearl-handled revolver in her lap. According to news, she found her husband and his mistress in one of the guest rooms. Distraught, she killed them, then turned the gun on herself. Guests have reported that her presence is precipitated by the smell of lavender. Apparently over the years guest have told the hotel to cut down on the lavender scent, but they hotel uses no lavender of any kind. 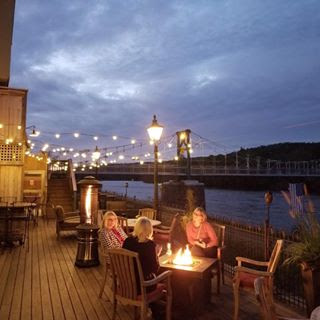 While I have never stayed the night, there rooms are stunning over looking the river. I may not have ever seen any apparitions, but there is no denying there is the feeling of presences there, but not in a harmful way. A few of my friends get very un-nerved by such things, one won't even go the to the Black Bass. But damn, their martini's are to die for. Saturday was a two martini dinner! 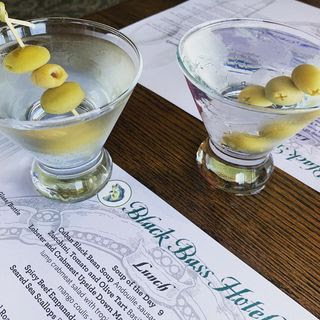 Posted by Mistress Maddie at 1:09 PM