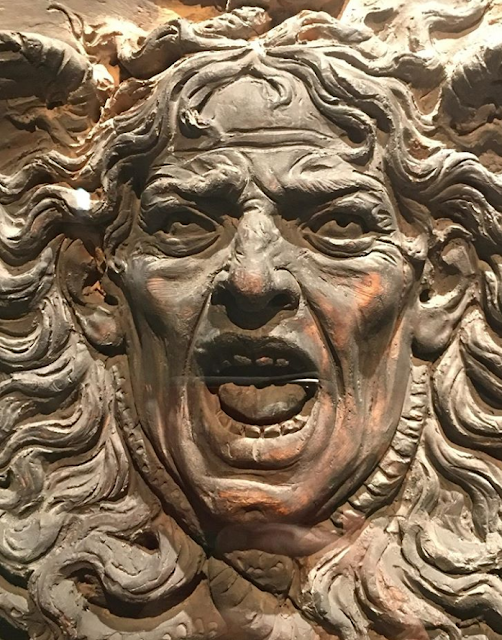 The election is now!

In 15th century Tuscany a very small percentage of the population had the right to vote. Perhaps this familiar looking and famous Gorgon from those times will remind gentle citizens who won't vote or haven't votes yet, to go vote. This fragment of an architectural freeze in terracotta was created as the Black Death plaque was still affecting Europe, having ironically started in Pisa in 1348, and spreading throughout Tuscany, becoming the fastest and deadliest pandemic in recorded history. Earlier in the century the Florentine people feared the loss of liberty and respect for people that was the pride of their republic. The Duke of Milan threatened all that but caught the plaque and died in 1402. Subsequently, the King of Naples tried again to strip the citizens of their rights, but he to died.  Fate, karma and Destiny work sometimes.....but isn't voting in 2020 the perfect recipe for preserving individual liberties today????

VOTE! If you just received your ballot, they must be hand delivered to your drop box or elections office.