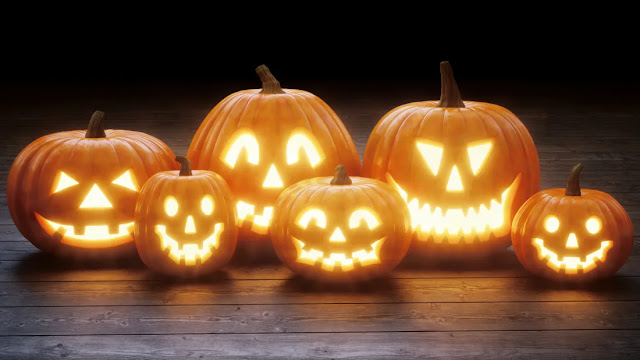 I don't know about y'all, but I love pumpkins!!!!! But do you know how they came about as a Halloween staple?  The term "jack-o'-lantern" was first applied to people, not pumpkins. As far back as 1663, the term meant a man with a lantern, or a night watchman. Just a decade or so later, it began to be used to refer to the mysterious lights sometimes seen at night over bogs, swamps, and marshes. These ghost lights—variously called  jack-o’-lanterns, hinkypunks, hobby lanterns, corpse candles, fairy lights, will-o'-the-wisps, and fool's fire—are created when gases from decomposing plant matter ignite as they come into contact with electricity or heat or as they oxidize. For centuries before this scientific explanation was known, people told stories to explain the mysterious lights. In Ireland, dating as far back as the 1500s, those stories often revolved around a guy named Jack. 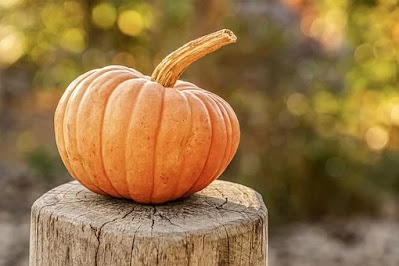 Later, Jack irked the devil again by convincing him to climb up a tree to pick some fruit, then carved a cross in the trunk so that the devil couldn’t climb back down (apparently, the devil is a sucker). Jack freed him again, on the condition that the devil once again not take revenge and not claim Jack’s soul. As the story goes, Stingy Jack—often described as a blacksmith—invited the devil to join him for a drink. Stingy Jack didn't want to pay for the drinks from his own pocket, and convinced the devil to turn himself into a coin that could be used to settle the tab. The devil did so, but Jack skipped out on the bill and kept the devil-coin in his pocket with a silver cross so that the devil couldn’t shift back to his original form. Jack eventually let the devil loose, but made him promise that he wouldn’t seek revenge on Jack, and wouldn’t claim his soul when he died. 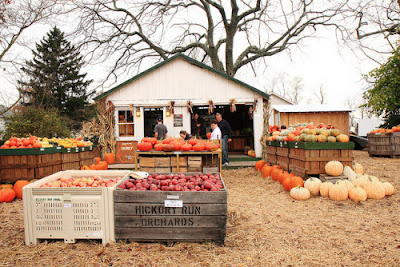 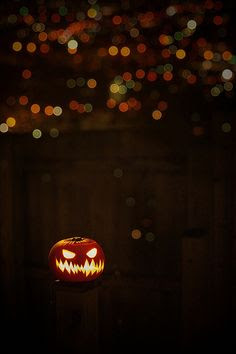 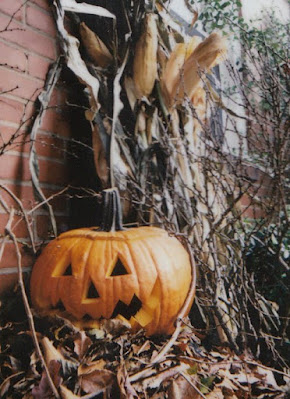 When Stingy Jack eventually died, God would not allow him into heaven, and the devil, keeping his word, rejected Jack’s soul at the gates of hell. Instead, the devil gave him a single burning coal to light his way and sent him off into the night to “find his own hell.” Jack put the coal into a carved-out turnip and has supposedly been roaming the earth with it ever since. In Ireland, the ghost lights seen in the swamps were said to be Jack’s improvised lantern moving about as his restless soul wandered the countryside. He and the lights were dubbed "Jack of the Lantern," or "Jack O'Lantern." The legend immigrated to the new world with the Irish, and it collided with another old world tradition and a new world crop. Making vegetable lanterns was a tradition of the British Isles, and carved-out turnips, beets, and potatoes were stuffed with coal, wood embers, or candles as impromptu lanterns to celebrate the fall harvest. As a prank, kids would sometimes wander off the road with a glowing veggie to trick their friends and travelers into thinking they were Stingy Jack or another lost soul. In America, pumpkins were easy enough to come by and good for carving, and got absorbed both into the carved lantern tradition and the associated prank. Over time, kids refined the prank and began carving crude faces into the pumpkins to kick up the fright factor and make the lanterns look like disembodied heads. By the mid-1800s, Stingy Jack’s nickname was applied to the prank pumpkin lanterns that echoed his own lamp, and the pumpkin jack-o’-lantern got its name.

Toward the end of the 19th century, jack-o’-lanterns went from just a trick to a standard seasonal decoration, including at a high-profile 1892 Halloween party hosted by the mayor of Atlanta. In one of the earliest instances of the jack-o’-lantern as Halloween decor, the mayor’s wife had several pumpkins—lit from within and carved with faces—placed around the party, ending Jack O’Lantern’s days of wandering, and beginning his yearly reign over America’s windowsills and front porches. Of course my houseboys love wearing them and are trying to scare me,  but that doesn't work... all I still see are pecs and crotch!!!! 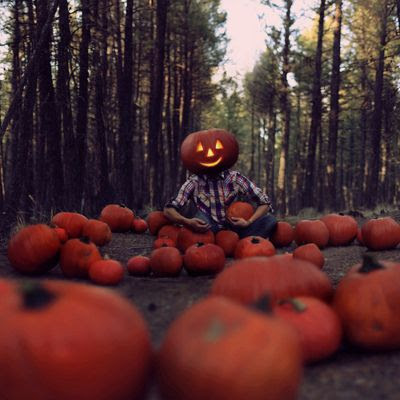 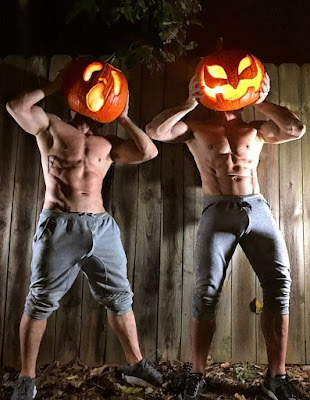 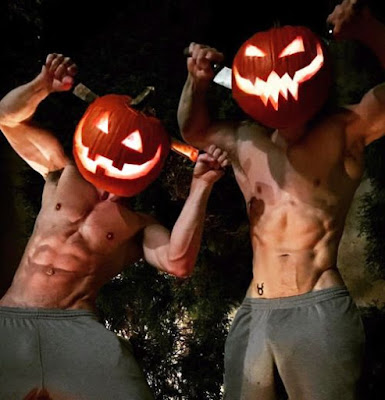 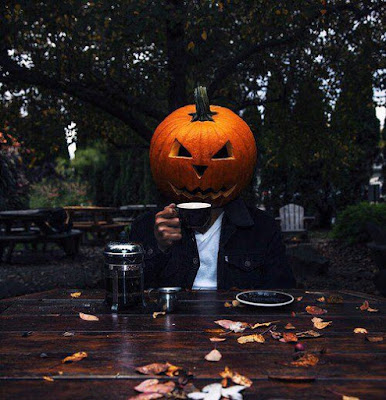 This is the first year I got small mini pumpkins for my window sills, but didn't crave any. Do you guys decorate with pumpkins or gourds for the season?

Posted by Mistress Maddie at 8:38 AM 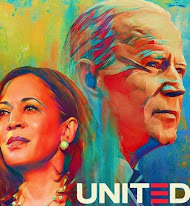 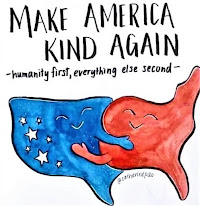