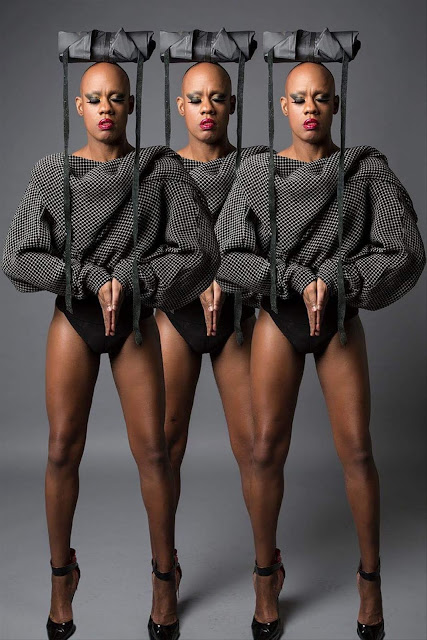 Lately I have had plenty of time to remember the good days, when we I used to go into New York more regularly to go clubbing when I came out. Such fond memories and some very fuzzy, hazy and camp filled nights dancing for hours. In addition to many I think of, two always come to mind legendary DJ Junior Vasquez, who was one man to get me worked up and sweat, all while not having sex, but with his sick house beats...and the fabulous Kevin Aviance. 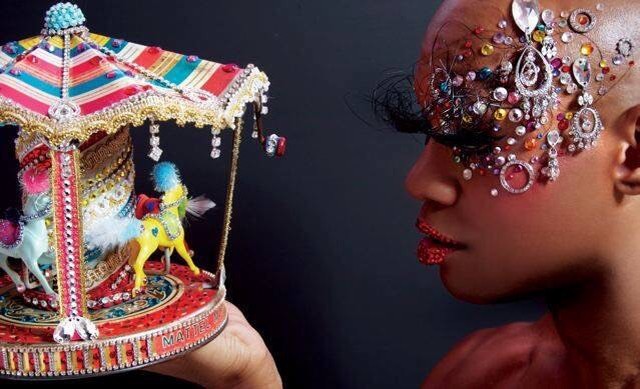 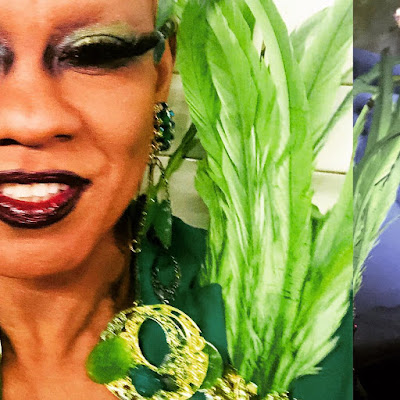 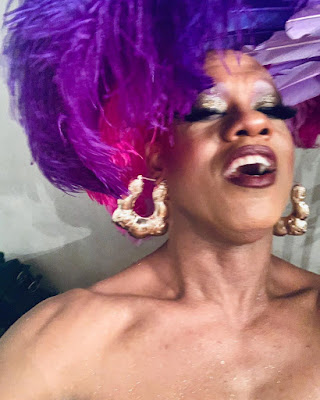 Hard to believe it has now been almost 24 years since his Cunty song was huge in clubs. But now, artist like Amanda Lepore, Blondie, Peppermint, and Sharon Needles are performing songs of  Aviance's, in his soon to release EP,  Lift Them Up 2020- The Aviance Remixes. All the proceeds will be going to the Black Trans Travel Fund, a most excellent organization for trans women.

Kevin Aviance has lived for the stage. All grown up, at six-feet-two-inches, Aviance carved a successful niche for himself in New York’s downtown nightclub scene. If he hadn’t gained the wider fame of a RuPaul, he had managed to parlay his gender-fuck shtick, give no fucks looks—bustier, boa, six-inch fuck-me heels, shaved head and basso profound voice— into chart-topping dance hits such as “Din Da Da” and “Rhythm Is My Bitch,” as well as an underground cult hit, his self-explanatory signature song, Cunty. Kevin Aviance was born and raised in Richmond Virginia along with his seven siblings, where he honed his skill at grabbing attention through music, dance, and theater in the basement of his house. Citing influences from Grace Jones, Boy George, and David Bowie, Kevin's career as a performance artist and club personality began in Washington DC when he was introduce into The House of Aviance, a community of DJ'S, singers, actors, drag queens, visual and performing artist, founded by house Mother Juan Aviance. After a hot stint in Miami, Kevin eventually moved to the epicenter of the club and music scene in the 90's: New York City, becoming the undisputed queen and club kid of the nightlife of  night clubs like  Sound Factory...a good time, Arena, Twilo, some of the best dancing I remember,  and the Roxy...simply legendary, and where I first experienced this magical creature. It was his collaborations with Junior Vasquez who really gave Kevin that huge push to well known status in clubland though. I can remember many a night, dancing for hours to the two of them in jeans and tank top, drenched in sweat,  along with bumping with about 300 other gay men having church to Junior and Kevin, and when he hit the floor, it was like parting of the dead sea!!!! 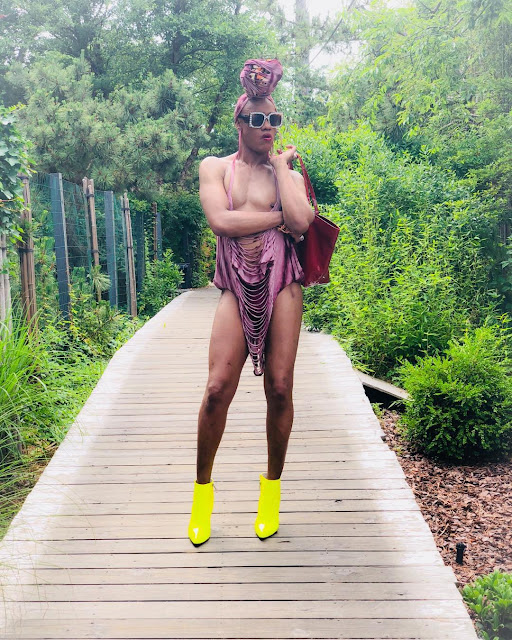 Kevin brought much needed attention to the epidemic of hate crimes when he himself got national attention being the victim of a gay bashing by several men in 2006. After doing the talk show circuit, it opened the doors to bring the club kids out into the light on these talk shows. Kevin has also been thrilled and honored to receive his knighthood by the Imperial Court for the 30th anniversary of the  Night of a Thousand Gowns. Ahhhhh, good times...we need more legends like Kevin.
Posted by Mistress Maddie at 9:37 AM 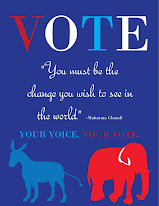