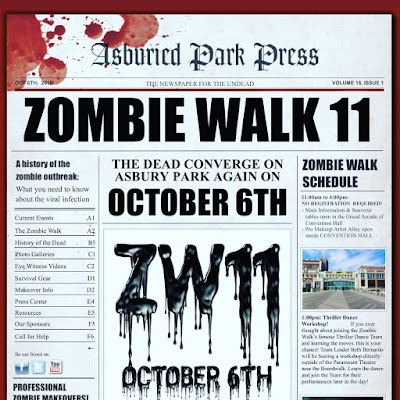 If you happened to be taking a stroll down the boardwalk in Asbury Park Saturday afternoon, you might have thought you stepped onto the set of a horror movie.Thousands of people came out from across the tri-state NJ and PA, to participate in the ghoulish gathering, Asbury Park's eleventh annual Zombie Walk, was this past weekend With their limbs limp and calling out their desires for brains, the "undead" showed off their affinity for all things horror as they shuffled and lumbered their way down the boardwalk to the center of downtown Asbury. While I have never attended, I'm not sure this is the Mistress's cup of tea.... although I have been asked by a friend to do a zombie Mistress Borghese!  My friend and ex co-worker  Manny and his husband,  and friend my Shana went , and sent me these pictures they took. Manny and his man did zombie mermen. Manny is very creative as he is a costume maker and does many a play...his latest being on off Broadway...and Shana is wicked with make up. When we worked together her make up was flawless everyday. She is probably the only one I'd trust to do my make up for drag if I didn't do it myself. But as a zombie she is scary as hell.. 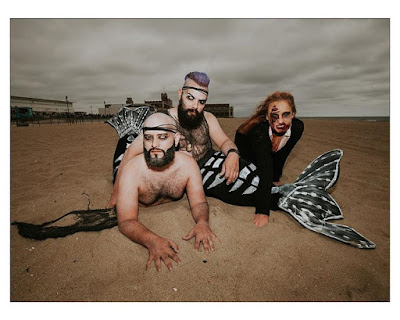 My friend Manny and his husband, and Shana above. YIKES! 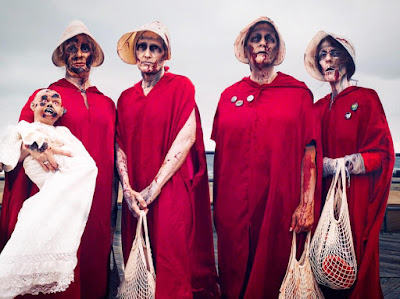 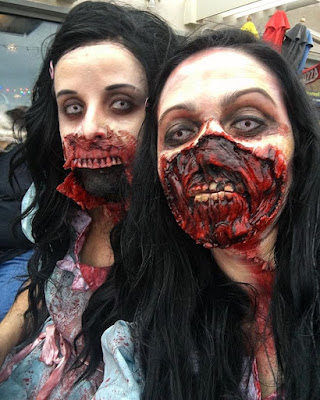 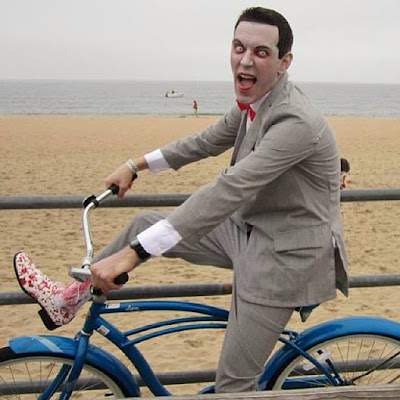 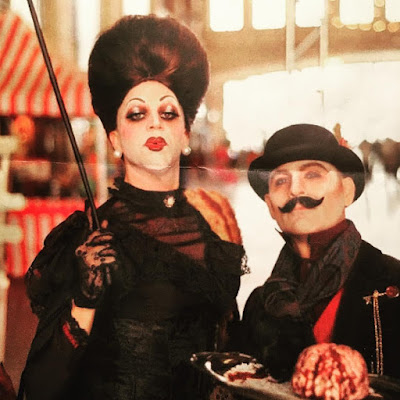 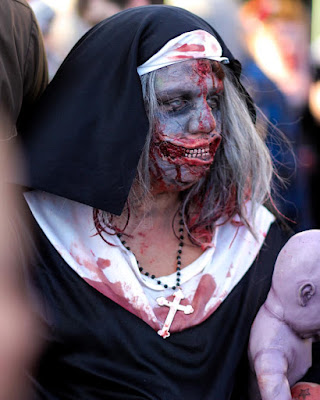 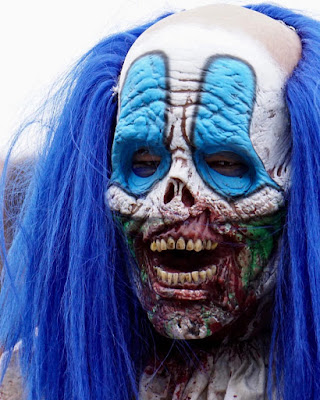 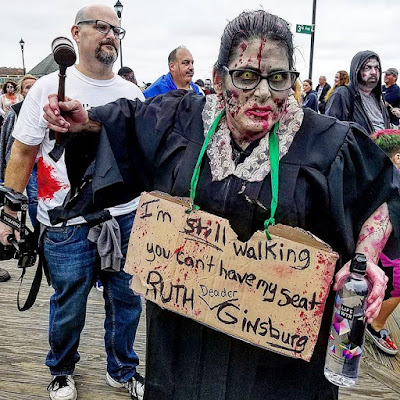 Zombie Walks or Zombie parades have been around since 2003 when Thea Munster gathered a few friends together in Sacramento, California in the hopes of bringing back some of the more ghoulish elements of Halloween. It quickly became an annual event and soon spread to the rest of the country. Asbury Park has had its own special history with their Zombie Walk, breaking the Guinness World Record for the “Largest gathering of zombies”  on two separate occasions. 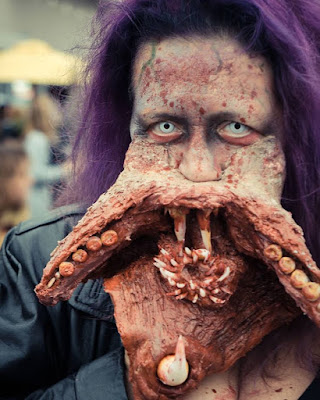 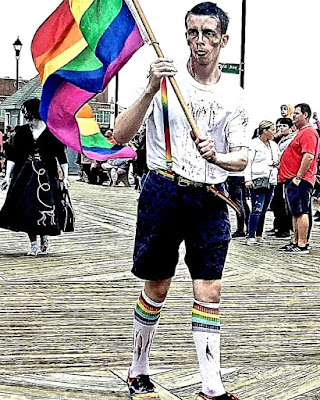 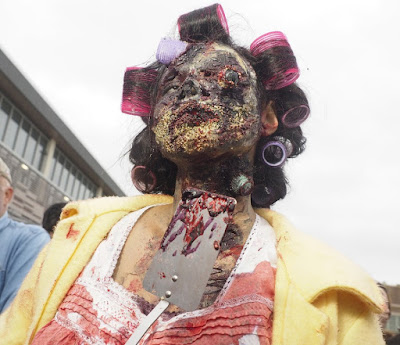 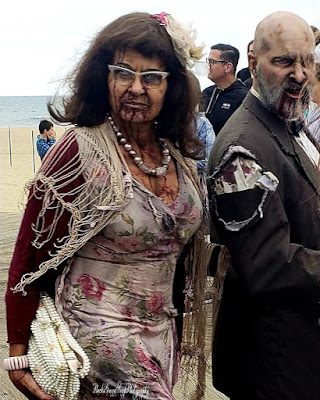 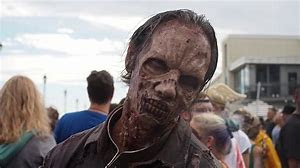 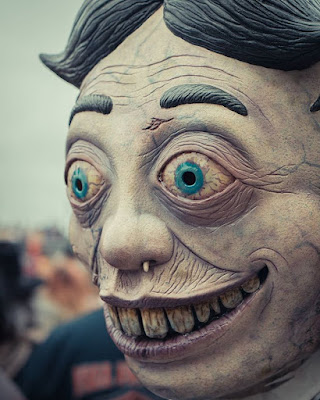 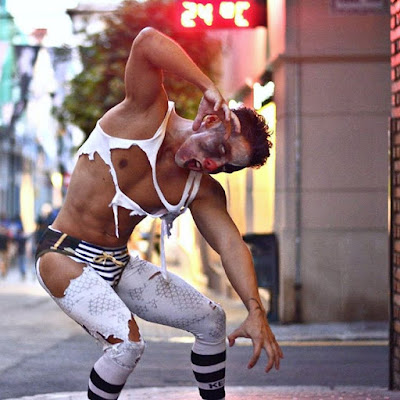 or at least suck me some.
Posted by Mistress Maddie at 7:50 PM