The Dating Game, Life at the Sugar Shack! 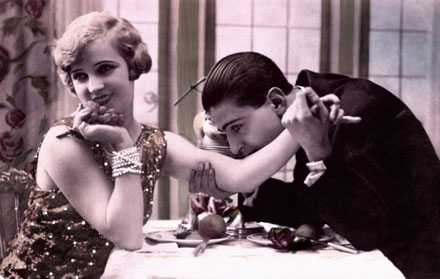 I has been a while since I talked about who the Mistress has been doing.....I meant, who I have been seeing, he,he, I meant to say. Fluffy, Lady Fingers, and Batina are confused as to whats going on here at the sugar shack! I need a Cliff notes some days! And no Cali-Boi, I won't be sharing all the stories of men. Who has the much time? I have to say when I first split up after a ten year relationship, I was a bit nervous. I though I would take lots of time not seeing anyone, and would I remember how to even date again, and would I want to? But one does get those pesky "stirring and urgings" if you know what I'm saying. wink. After the split I did take about two months just exiled in the Casa du Borghese to "de-tox". And then it started. I went to a going away party for a friend and met a lovely bunch of old and new friends and the dating slowly started to come back. At first I was worried. When your in a relationship it seems you meet lots of people who are interested in you, but you were like "Flattered, but I'm in a relationship." When your single you can't find anyone. This time around it was different. I started to date four different guys, all very different from one another, and I stated up front nothing serious right away, at least not after ten years. I am always initially surprised when I meet a guy who is conventional in appearance. I say ‘appearance’ because they can turn out to be as mad as a bag of cats once you get to know them. Appearance is, of course not everything, shared interests, attitudes and downright magnetic attraction play a part. But, at the end of the day, is it better to end up with a man from the same ‘scene’? And then in some cases, who said anything about talking honey. So for now, I have been living in sin.

So this is the current low down for you gals!

1- The Lad. The Lad is currently the youngest of the men right now. He is pretty much full of energy, mischief, full of lots of life. Sometimes I don't think there is a off switch. We have lots in common,and enjoy each other's company, and we both know where the other is coming from. Neither of us wants anything serious yet, and this a totally good guilty "friends with benefits" here!!!

2- J- Where to start. I have known J for over a year and half. After the split, he came full force in my direction. Now, J is easy very on the eyes, kind hearted, and loves doing all kinds of things of interests. He just also came out of a eight year marriage and has a son. And never stops talking. And way to traditional, religious and conservative. And has some guilty demons over the "gay" thing and the religion thing. After going on several dates and  many a night of sinning, I knew this wasn't working. Plus he was also getting bothered by the distance thing since he lives a hour away. I think we will be friends, but the dating has to ended. Plus he wants the whole package, and that isn't happening at this time.

3- The Prince- The Prince runs in the same circle as the Lad. Yeah. Awkward. But it all happened so naturally. And everything is out in the open. The Prince is a 6'3, blond,has a surf guy look, not my usual type. He also, I think, would like more, but knows where I'm coming from. We do enjoy lots of common interest. Down the road, who knows. He does get my flutter going and I do enjoy his company, so we will see what happens. Only problem is he is not as "hungry" as the Mistress if you get what I'm stepping in! But when it happens, I'm satisfied!!!

4-The Russian- The Russian and I met at work through my co-worker and have gone out several times. We always had a wonderful time, but have since cooled it, and it was clear that was on it's way to a full on physical relationship. Did I need another one like that? No. But oh, that accent........ were still friends though.

5- Mistress Maddie's #1 Fan- Thanks to him, this is how the Mistress got in this mess. He introduced me to three of the above guys, and then left the scene. And no Fuffy, he is not a blogger stalker. He was a co-worker who read my blog. He had no idea that I was the Mistress, till one day he was talking about my blog and then I introduced myself as the Mistress. Neither of us knew for about a year who each other was.

6-The Boy Toy- the Boy-Toy is my current ex and still living to talk about. See, most of my ex's all go unseen and never heard from again. Where do they go? Some say the Mistress eats them like Zeus did his babies. I'm not saying. The Boy-Toy is the ex of ten years, and we still talk and are good friends, even family. And we even discuss our dating woes and stories from the bed sheets!

7-Cali-Boi- I have never met or even talked to Cali-Boi in my life! He is a blog reader, and sends me the occasional flirty email from time to time, and I only included him here so he doesn't have a fit!!!! Oh and btw Cali-Boi, thank- you so much for the tee shirt. I LOVED it!

Soooooo, it is basically down to three currents. I have one who is bed scorcher who does not want a relationship at this time, one who may want a relationship now, who is not so as sexually charged, and another who would like the whole package. Qu'ai-je embarquée? Ah well, I'm just going with and enjoy every minute for now! Any advice? Tootles!
Posted by Mistress Maddie