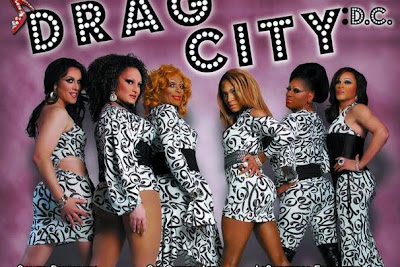 The fickle reality-TV spotlight no longer shines on D.C., but that's not stopping the producers of Drag City:DC!The show, which began filming earlier this year, chronicles the lives of six drag queens who, in this promo, utter lines like: “When I came to D.C., I was a little white girl with a dream. Now, living in D.C., I have become a black woman with a plan”; “I’m a classy, sassy educated bitch, and I’m not playing games” The show is the brainchild of Drag Diva Shi-Queeta Lee, who has made America's Got Talent Wild Card, but never RuPaul's Drag Race. Here;s Shi-Queeta with the hot dancers of Town Nightclub. 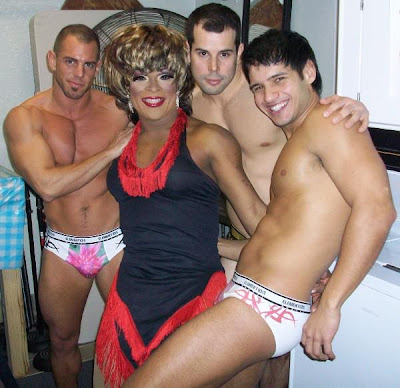 This fierce female impersonator is joined by Chanel Devereaux, Tyria Iman, Lacountress Farrington, Epiphany Bloomingdale and Raquel Savage. They have taken over all of DC in their endeavor to give back one episode at a time.The producers might actually understand what it takes to make an entertaining D.C. reality show: not portraying us as the rest of America sees us, but rather as we see ourselves. After all, aren't all Washingtonians wearing drag of one kind of another?
Too bad the rest of the country won't see this side of the queens: The show will air on DCTV and Arlington Independent Media. But it could get pick up by Out.com to be viewed there as well.Here's a clip of the already put together preview.