Puerto Rican drag performer Lady Catiria was the queen of Escuelita in New York City and put the place on the map! Lady Catiria, you see is no longer with us. She passed of HIV on May 3, 1999. Catiria was definitely a true diva. Her drag career began at 19,in the Latin neighborhood of Jackson Heights, and began by impersonating Spanish bombshell Iris Chacon. It wasn't long before she graduated to the Latin club Escuelita. Catira went on to be the club's most famous performer and on to the Miss Continental Plus winner. She later got a personal trainer, loss the weight and ran again in the regular Miss Continental Pageant and won in 1996. Along with that she worked the drag circuit nationwide. While doing all her touring and winning the Miss Continental she was battling a fight with HIV which she had been fighting for a couple of years.After her reign, Catiria decided that she would go public with her HIV. Catiria went on to do as many charity shows and benfits as she could, and raised a ton of money for various foundations. Catiria toward the end couldn't make her farewell performance given in her honor, but did join by phone, as performers did numbers she made famous. Catiria was a wonderful person I saw perform once. And what elegance she had. Catiria was a performer, a beauty, an enchantress, a diva, a mentor and a friend to all. She was always quoted as saying " The key to life in general is education, ignorance is weakness and we should make no room for that in our lives." Lady Catiria-gone but not forgotten. 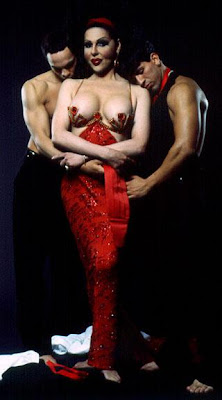 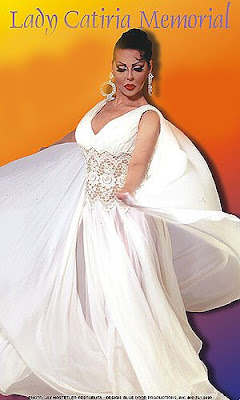 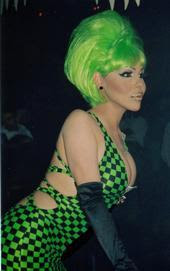