Back Home and In One Piece, Except the Car

After a long weekend the Mistress and Boy-Toy are back home and headed back to work today. And it was hard. The weather is very deary and damp in addition to being overcast. The weekend was very relaxing though and of course the usual partying. Saturday was spent with the Mother going clothes shopping and a trip to the farmers market for some items. The Mother didn't make out so good with the clothes shopping, but I found three pair of shoes and a couple of shirts that fit like a glove. Later Saturday evening I went to have dinner with my two good friends, S&R. We had a delish dinner at Zembie's Bar and Pub in Harrisburg. There was alot of nice eye candy to see there. Nothing like some hot straight boys to ogled. After dinner it was off to Mary's Brownstone for the Easter Bonnet Trailer Trash Drag Show! It was a very funny show with the queens looking down right hideous! But it was all for fun and charity. They even had a small camper in the back of the bar, for the dragtestants to emerge from. After a bit, S had to go to work late that night to set up a installation at the Hotel Hershey for the Easter diners. So R and I continued our drinking down at the other clubs after the show. After chatting with other acquittance's and getting felt up by some hottie passer bys, the Mistress was home by 2:30. Sunday was dinner at the Aunt and Uncle's house where I was joined by the Boy-Toy who was visting his family. Needless to say we had a huge dinner of Ham and Lamb, plus all the sides. After dinner we took my Mother's dog, Lady and the Aunt and Uncle's dog Liz for a walk around the block to walk off some dinner. Aren't the pups cute! My mother's dog is a Sheltie/Dachshund mix and is one of the sweetest dogs I ever met. My mom rescued her from the ASPCA. 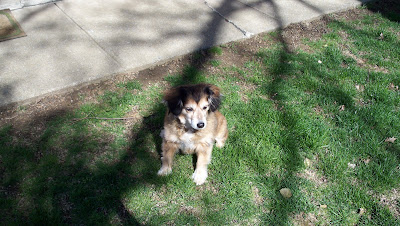 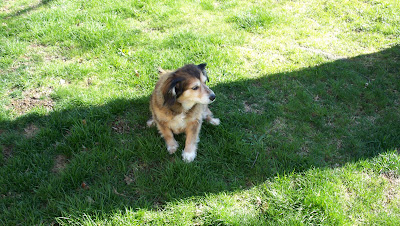 My aunt and uncle's dog is a Welsh Corgi and is very entertaining. I swear she does things on purpose to make you laugh! 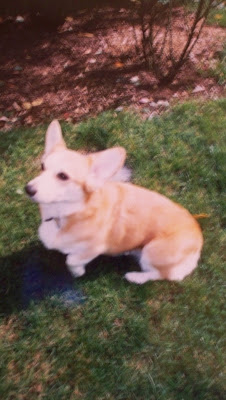 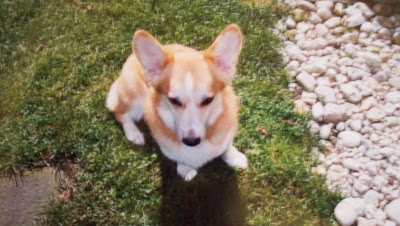 So all and all it was a very nice weekend. The only bad thing was the Mistress had a bit of a altercation with her car. Saturday night she accidentally took out the Mother's mailbox when she was pulling out of the driveway Saturday night. I smeared the paint and took off the driver side mirror! Why I try to drive without a chauffeur is beyond me. On to the garage James!
Posted by Mistress Maddie