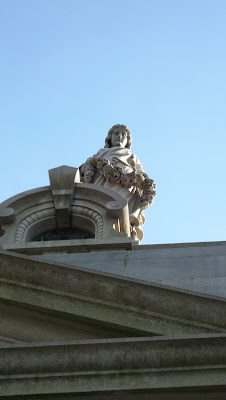 What a beautiful weekend we had here in Philadelphia. The weather couldn't have been more sunny, warm and pleasant. With all the house work done during the week it was all fun and games. The Mistress wanted to go into downtown Philly to the Fairmount Park/East Falls area of the city to go to the cemetery to walk through and snap some pictures. Now stay calm, I haven't gone plum crazy. It's just this particular cemetery is very interesting and very beautiful with all the architecture,statuary and mausoleums. I wanted to take some pictures to maybe later frame. And I must say I was very blown away by the beauty of the resting place, if that's not too weird. I researched the place and found out the cemetery was founded in 1835 by John Jay Smith, a Quaker and librarian. He, with his partners founded the cemetery because of the population boom that Philadelphia went through at the time. Existing cemeteries were over crowed so bad, if you wanted to go visit your deceased you could barley find them. So Smith conceived Laurel Hill Cemetery which is today in the East Falls part of the city, right along the Schuylkill River. At the time ,the cemetery was fundamentally different from burial places that came before it and was one of the first cemeteries of it's kind. Smith said it had to be situated in a picturesque location well outside city limits, it will have no religious affiliation and it will provide a permanent burial space in a tranquil setting. I also found out the till this day it is one of the very few cemeteries in the nation to be honored as a National Historic Landmark. And has a who's who of dead resting there like many local prominent industrial magnates including Rittenhouse, Carnegie, Strawbridge, Widener,and Elkins.General George Meade from the Civil War and six passengers of the Titanic are also resting here. Below are just some of the pictures I took from Saturday. I saw many others thing Saturday as well but this was the jewel that day. 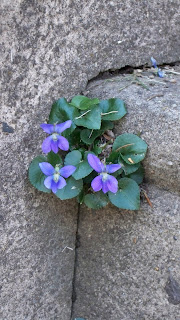 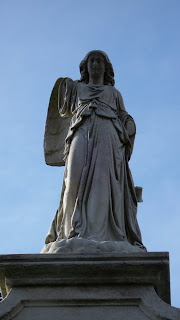 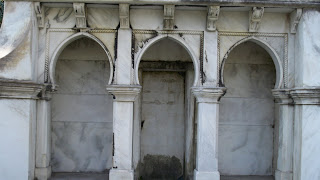 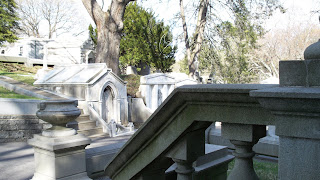 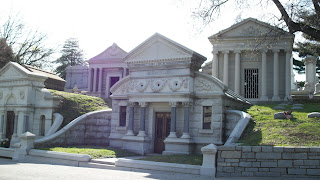 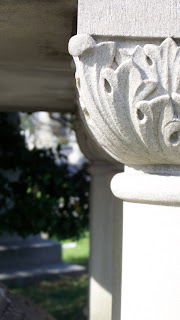 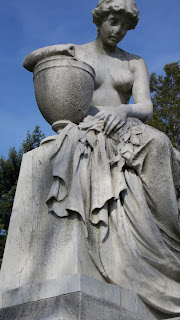 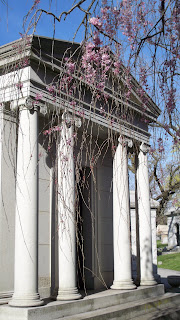 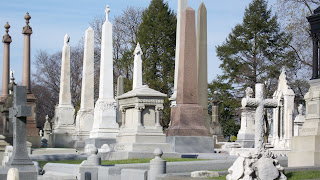 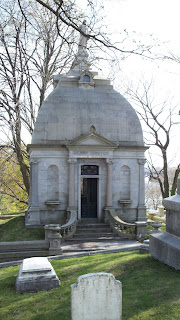 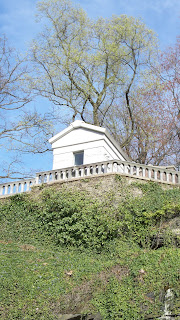