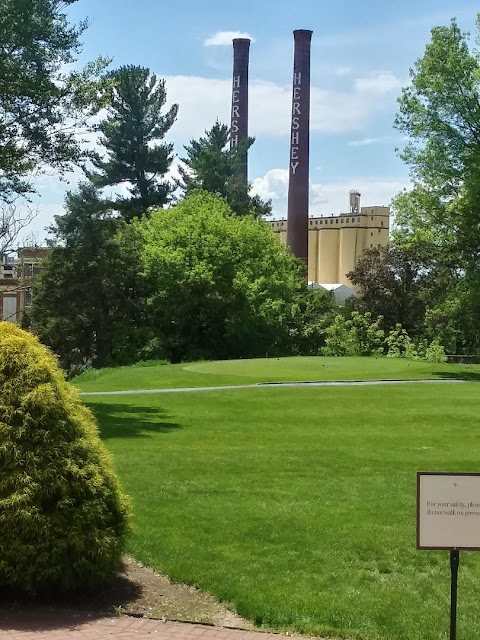 When friends and people I know always find out I grew up by Hershey it always amazes them for some reason. I never did understand why. I will say it was nice being able to be so close to Hershey Park and getting in when it was just around like $20? Heavens know what it is now. The town of Hershey is very pretty, quaint, stately homes, smells of chocolate and what's not to love about streetlights that look like Hershey Kisses?  Many landscaping companies even use cocoa in their tan bark, and the rose gardens at the Hotel Hershey shouldn't be missed. Over the weekend my good friend the Dame Courtney invited me for a private tour of the Highpoint Mansion, which was home to Milton Hershey and his wife Kitty. 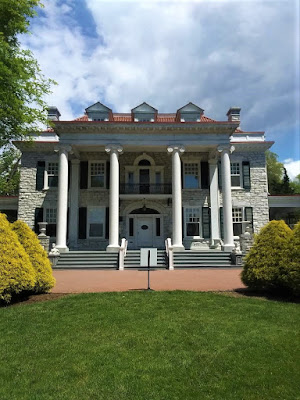 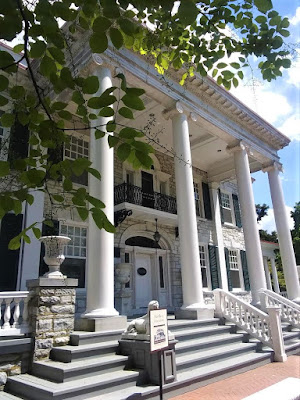 While many other big moguls and industrialist of the time in, and some after the Gilded Age, were building huge mansions, Hershey opted for a modest home is size and furnishings. With only 22 rooms and a large front porch, it features elements of both Greek revival and Colonial styles. 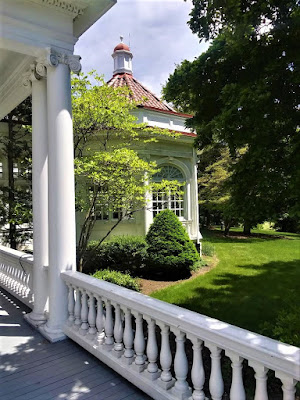 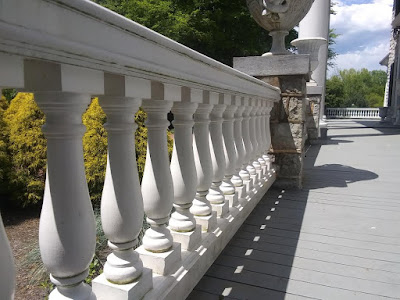 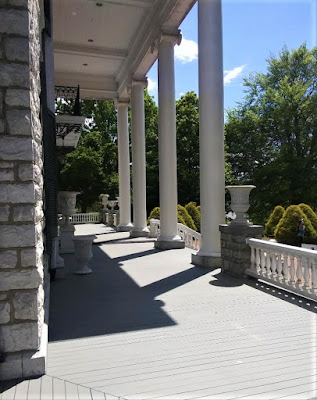 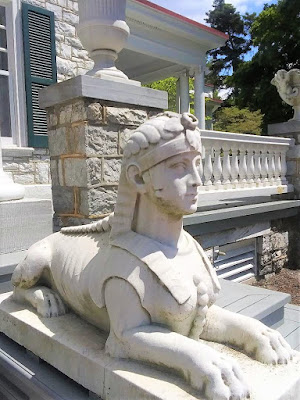 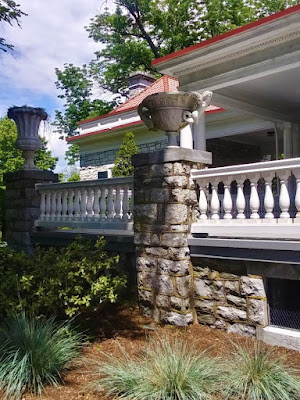 I was able to snap a few pictures secretly, the slick bitch I am.... since no photos in the house were permitted, but the grand staircase features a stunning stained glass window made by the Rudy Glass Company, which is based in York. Hershey liked keeping trades local, and the Rudy Glass Company did all the stained glass not only in Highpoint Mansion, but also in the Hotel Hershey. We know the Mistress adores a good staircase. 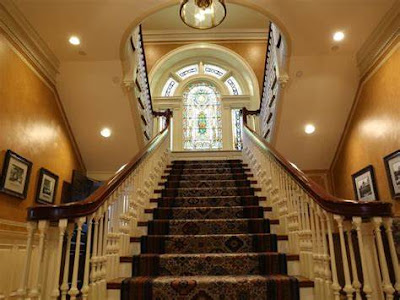 The upstairs window in the ceiling. 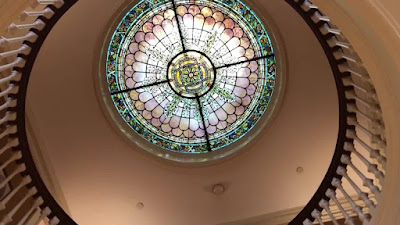 The billiard room was pretty cool to see with a mural titled "Ivanhoe" by Sir Walter Scott that goes the perimeter of the room. Apparently Hershey used to read his nightly newspapers, have a sniffer, and most times, had a cigar in hand every evening in the billiards. 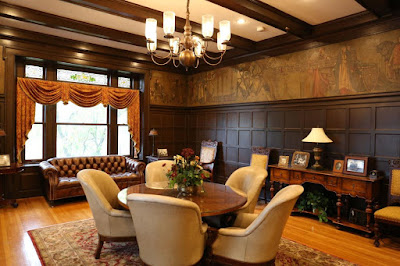 I know some people don't care for Milton Hershey, and would be correct as Hershey did  some things wrong,  and probably continues to, with slave labor in Cuba with processing sugar...which everyone should be entitled to fair trade pay and salaries. But he did do some commendable things. Not only did Milton Hershey want to built his factory here,  but also wanted to build a town. People thought he was nuts. He went anyhow and planned and built the town of Hershey with house for his workers, post office, churches and schools.  The company and town was a hit. Hershey was not only a candy maker and dreamer, but he was a good businessman and learned from mistakes. He was really one of the first to make a general basic chocolate bar, and sell it for a low price, one everyone could afford. He always gave back half his money to the community for upkeep, and all branches of his company were within walking distance of Highpoint in case he was needed. Hershey and his wife were not able to have children, so they donated millions to invest in a school for orphaned boys called the Hershey Industrial School. To this day,  funds and trust are still intact to keep all orphaned children clothed, fed, cared for, and have an education. When Kitty died, Milton was never the same, and spent most of his time in Cuba. When he returned 7 years later, he only lived on the second floor of Highpoint, and gave the first floor to the country club as a clubhouse. Upon his death, he wanted most of the furnishings to be sold off and money given to the boys orphan school and various other charities. The house is now the offices of the Hershey Trust, hence why most furnishings are not the original. Below is the one room Quaker school Milton Hershey attended. Also on the grounds. 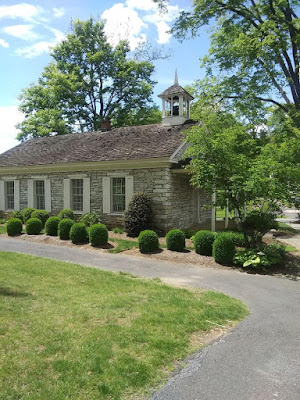 To my knowledge they still give out a chocolate bar after leaving the Chocolate World attraction. But I dare say, I was never a Hershey fan. I'm more a Ghirardelli boy myself.
Posted by Mistress Maddie