In From the Gardens

Funny how a three day weekend flies by isn't it? This weekend I was off to Delaware, with some friends to meet other friends for their 10 years anniversary party, so the firemen, and my friend Sam, and I decided to make a weekend out of it, and also decided to go see the Winterthur Mansion and Gardens. I can't believe I have never been there, and I was ready to move in I tell ya!
I was ready for some high tea on the settee ...... 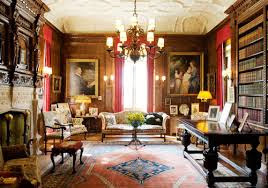 In the rolling green hills of Delaware, in the historic Brandywine Valley, where the paper was milled for the Declaration of Independence and where three generations of Wyeths have painted landscapes, Winterthur sits as it has for generations........ a grand estate like few others in America. 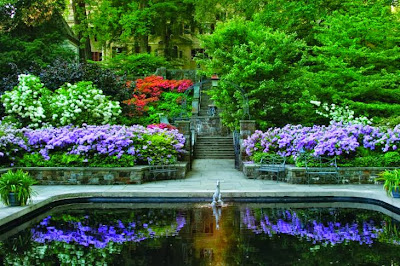 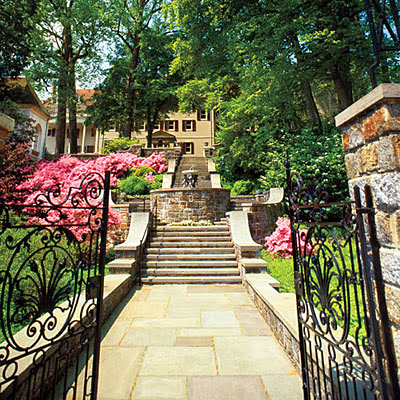 Yet the story of Winterthur is also the story of the du Ponts, a family who came to the United States in 1800 and through their ardent devotion and resolve created a powerful business, a war-time legacy, a senatorial authority, and a museum that preserved the essence of American decorative arts. From 1839 to 1969, four generations called Winterthur home.

When Jacques Antoine and Evelina du Pont Bidermann built a home on their tract of land in northern Delaware, the small estate was named Winterthur after the small Swiss town where Jacques' family was from. They were a prosperous couple. Evelina's family had been nobles in France prior to the French Revolution and had immigrated to the young United States for new opportunities. The establishment of E.I du Pont de Nemours & Company, the foundation of the present-day DuPont Company, brought the couple together. Jacques Bidermann, son of one of the largest European investors of the day, visited the company to review its financial health. He found it sound, found a position there, and shortly thereafter found a wife in Eleuthère Irénée du Pont's daughter, Evelina. 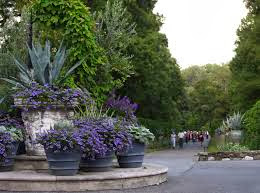 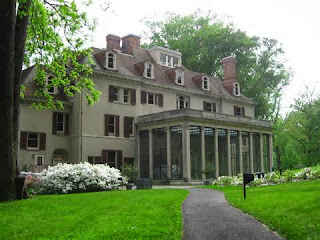 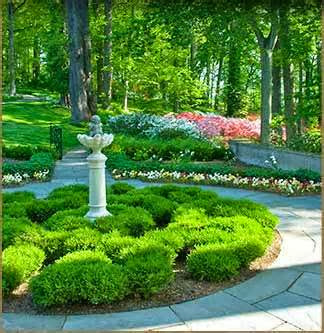 Jacques Antoine and Evelina du Pont Bidermann moved into Winterthur in 1839, yet the grounds transformed and the house grew with every future generation. In these early years, Winterthur was simply a twelve room Greek-revival manor house. After the deaths of the Bidermanns, the home passed to Henry Algernon du Pont, their nephew. The young man already had greatly established himself, graduating first in his class at West Point and later as a colonel in the Civil War. For his actions at the Battle of Cedar Creek, he was awarded the Congressional Medal of Honor. Under Henry Algernon du Pont's ownership, the estate's road system expanded; the roof rose, and modest changes were made to the interior; however his son is the one credited with Winterthur's legacy.

A new generation of du Pont children grew up playing amidst the fields, gardens, and streams of Winterthur in the 1880s. Perhaps this is where the love for the land and its possibilities was first sparked in young Henry Francis. With skills far different from those of his military strategist and senator father, his talents appeared elseware. 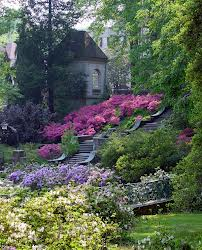 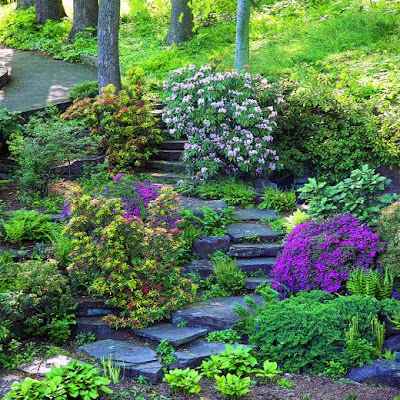 The Winterthur of today is the living vision of Henry Francis du Pont. He wanted to create a museum, preserving the best of American style and craftsmanship. One-hundred seventy-five rooms range in mood from the unpretentious wood-paneled grace of the Marlboro Room to the opulent Port Royal Parlor.   The museum opened its doors as the autumn leaves started to turn in 1951. Yet the home itself is hardly Henry Francis du Pont's only legacy.

The thousand acre estate contains many gardens, revealing the harmony and tranquility of nature around every bend of the pathways. These gardens were designed by du Pont himself over decades of meticulous arrangement. His study of horticulture and landscape design culminated in this striking success, which is preserved in every seasonal bloom that opens to delight visitors today. Who knew this gem was under my nose all the time and I had never been there!?!  Now it's back to work tomorrow!!!
Posted by Mistress Maddie