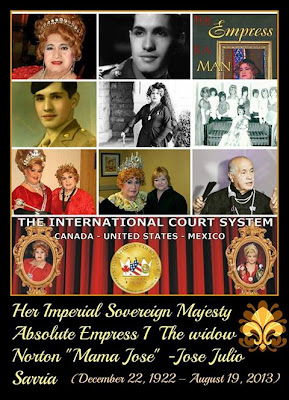 It is a sad day for the gay, drag, and I'm sure for the Imperial Court of New York communities.! Gone is a true queen in every sense. In 1964 Jose Sarria declared himself "Empress José I, The Widow Norton" and founded the Imperial Court System and was also the first openly gay person to seek political office in America,   From the Sfist...... 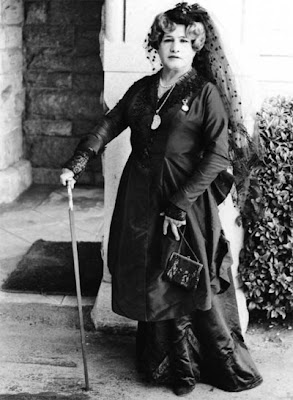 Tomorrow, ladies and gentlemen, there will be a drag funeral on Nob Hill the likes of which have perhaps never been seen before in San Francisco, or anywhere. We're talking about the "state funeral services" for Jose Sarria, a.k.a. Empress I de San Francisco, The Widow Norton. True to Sarria's big personality, and being the founder of the theatrical Imperial Court organization, he has left behind detailed instructions, including a dress code, for the funeral, which is taking place at 11 a.m. at Grace Cathedral.


Sarria died on August 19 at the age of 90, and as SFist discussed then, he's been called the Rosa Parks of the Gay Rights Movement for good reason. Going back to the mid-1950s, Sarria was an out and proud gay man in an era when hardly anyone was out, and when gay people were routinely harassed and arrested by the police. Beginning with his platform as a cocktail waiter and performer at the Black Cat bar in North Beach, Sarria encouraged patrons to stand up for themselves, and to subvert the laws targeted at them through various clever means. For instance, on Halloween when men in drag were often arrested under the auspices of an archaic law that forbid dressing as a woman "with the intent to deceive," he made pins for his drag queen friends that said "I am a boy" in order to avoid arrest. He also began a movement to get gay men who were arrested in bar raids and subjected to public scorn through newspapers to plead not guilty en masse, causing a backup of cases in local courts and eventually leading to a decrease of frivolous arrests by police.
He went on to become the first openly gay person to run for political office in the U.S., narrowly losing a bid for the S.F. Board of Supervisors in 1961, and then to declare himself Empress I in 1965, in a gesture to beloved legendary kook Emperor Joshua Norton — a Barbary Coast-era lunatic who declared himself Emperor of the United States a century before.
Fittingly, Sarria long ago purchased a burial plot at Woodlawn Cemetery in Colma adjacent to Joshua Norton's, and he will be buried there tomorrow after the services at Grace Cathedral.
As this announcement by the Imperial Court details, Sarria requested that all "female" Court members, i.e. the Empresses who followed him in annual coronation ceremonies here and in other chapter organizations around the country, come in "full-length (understated) Mourning attire" including, but obviously not limited to, "Crowns, Shoulder Length Veils Covering both Crowns and one's face, and Black gloves (opera length if wearing short sleeves)." You can imagine, with all these drag queens involved, the spectacle that's taking shape. Also, even though the performing drag queen community of S.F. doesn't often overlap with the Imperial Court community, tomorrow's services are undoubtedly going to bring these worlds together. As local drag star Juanita More tells us, "I will be wearing a veil. And I'll be getting into drag at 8 a.m."
Today, from 1 p.m. to 9 p.m. there is a public viewing at Halsted N Grey, Carew and English Funeral Home at 1123 Sutter Street.
The church services will be followed by a formal burial, after which there will be a reception in the Castro, at The Lookout.
See some fun old photos of Sarria on this memorial page. Below, Sarria's instructions for his funeral. 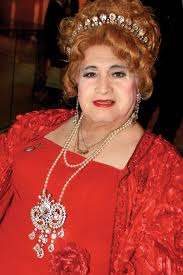 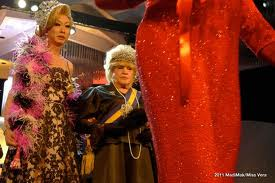 At Our Beloved Jose’s Request
All International Court System Monarchs, Titleholders and Line Members planning to attend our beloved Jose’s Imperial State Funeral are honorably and respectfully requested to wear crowns and mourning attire of the titles bestowed. 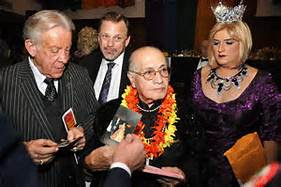 Posted by Mistress Maddie at 10:30 PM