A Royal Day with Royal Hats!

Well, the Mistress isn't quite back yet as I'm enjoying my time off and getting ready to go to my day spa appointment! What a week of pleasure. It was to rain today, but I think we all got a gift of sunshine on the Royal Wedding Day of Prince William and Kate Middleton. OF COURSE, YOU KNEW THE MISTRESS WOULD BE FRONT AND CENTER! I just HAD watch. I thought the whole event was fairy book, while still being modern day style. But if you know the Mistress, you know she loves herself a lovely chapeau! And it seems like every other lady went with a chapeau. It seems Philip Treacy, one of England top milliners reined supreme. Here were the dames who the Mistress though WORE that hat! 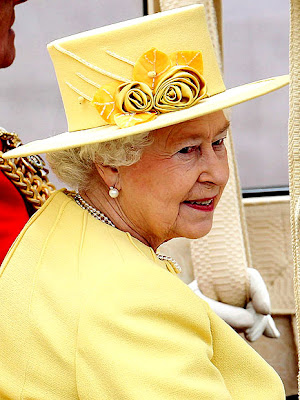 The grandmother of the groom – and England's reigning monarch – looked very happy and glowing, and shows her sunny side in an all-yellow design by her personal assistant Angela Kelly. 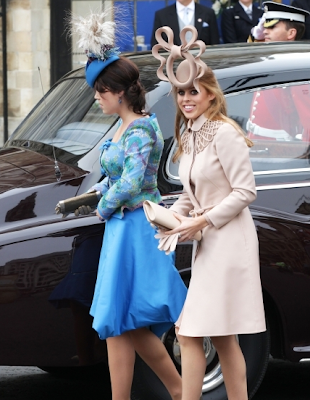 The groom's royal cousins make for a dashing duo in their Philip Treacy hats. Eugenie sets off her bold blue floral Vivienne Westwood suit with an equally electric hat with feathers and flowers, while Beatrice accents her red locks with a sculptural blush topper to match her Valentino coat. Very chic and avant garde for the Royal family. 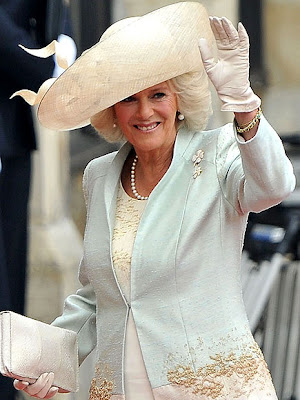 The stepmother of the groom complements her Anna Valentine champagne dress and two-tone coat with an airy Philip Treacy hat, one of up to 100 he's made for guests at the ceremony and parties. 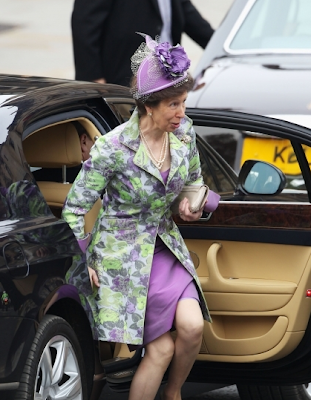 The younger sister of Prince Charles blooms in a purple topper with netting and a large flower, matching her floral coat and violet dress 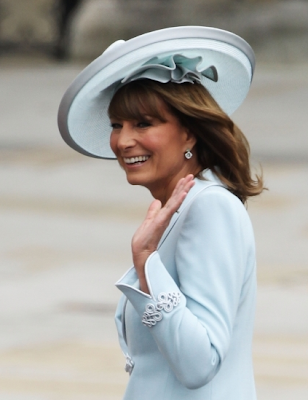 The mother of the bride adds something blue in her sky blue silk dress and matching passementerie coat, paired with a matching hat by Berkshire based milliner Jane Corbett. The next royal to get married stands out in an intricate black Philip Treacy hat, paired with a periwinkle look by Paul Costelloe 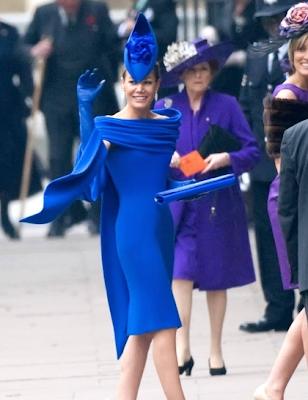 The stylish socialite makes quite a striking photo as she entered Westminster Abbey. Palmer-Tomkinson is a vision in blue, topping her Deborah Milner off-the-shoulder dress and matching Nicholas Kirkwood shoes with a rosette-topped fascinator by Philip Treacy. 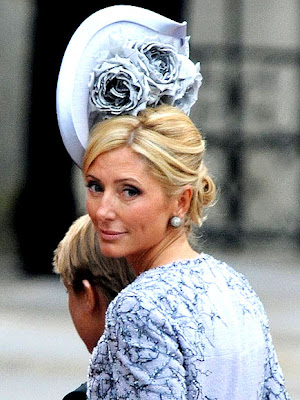 The fixture on international best-dressed lists proves her fashion mettle with a pewter Philip Treacy hat with sprays of roses. Chic and elegant. 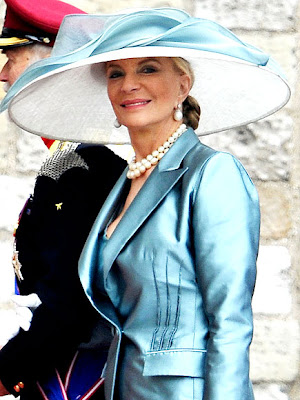 Accompanying her husband Prince Michael of Kent, the royal family member adds a swath of teal organza to her white hat. Is she not regal? 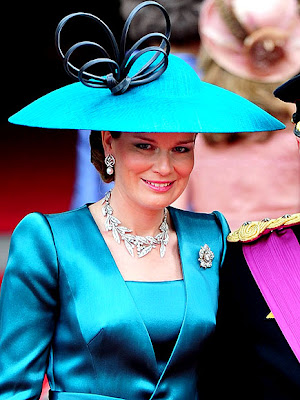 The wife of the heir to the Belgian throne is terrific in teal, including her structured Philip Treacy hat. 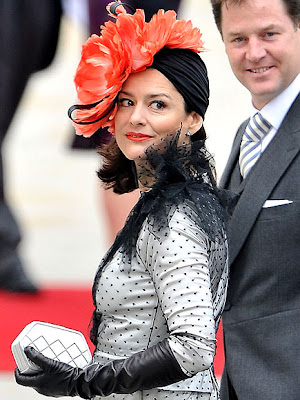 Accompanying her husband, Deputy Prime Minister Nick Clegg, the Spanish beauty adds a touch of flair to her black netted suit with a spray of red roses. How sharp!!! 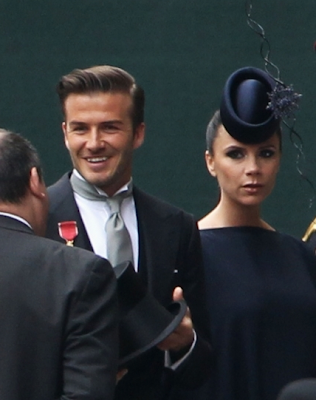 The expectant star,singer, designer matches a swingy navy dress from her own collection to a dramatic floral Philip Treacy fascinator. Her VERY SEXY and handsome husband is by her side in a traditional top hat, also from Treacy. Victoria, you better keep a eye on that man of yours from the Mistress's wiles! 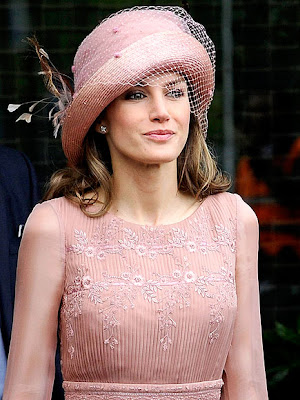 The Spanish princess is a vision in pink, down to her tulle-topped hat. She looks just so adorable. 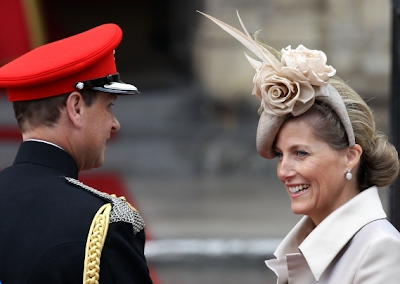 Prince Edward's wife stayed neutral in a beige dress and coat with a rosette spray from Jane Taylor perched on the side of her blonde hair. 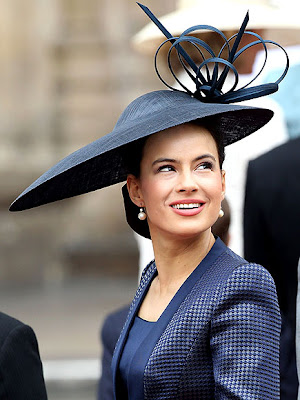 Born Sophie Winkleman, the daughter-in-law of the Duke and Duchess of Kent, is in the navy in her diamond-patterned suit and sculpted straw hat with festive twirls.

Well, I just had to share what I love most about the day of the wedding, besides the handsome couple of course. Any excuse to wear a great chapeau is a good day to me! Now back to my day. I'll be back soon! Tootles!
Posted by Mistress Maddie