The Talents of Roberta Gambarini 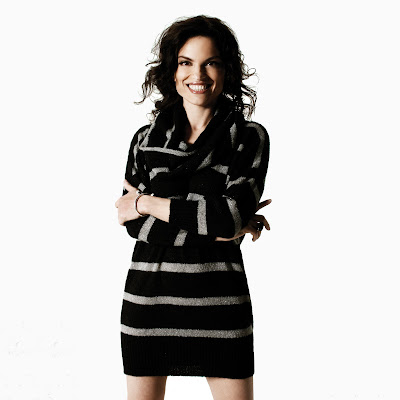 Well today was such a treat, and a great way to end the weekend with a lovely brunch with the clan today having Bloody Mary's and great, dirty conversations in Philadelphia at my favorite spot- Mixto! The weather was great, but even better was they had on NPR, which at that hour, was Marion McPartlins' Piano Jazz. This week they featured the very talented Roberta Gambarini.She was born in Turin, Italy, and started taking clarinet lessons at age twelve. She made her singing debut at age seventeen in jazz clubs around Northern Italy, then moved to Milan, where she worked in radio and television and began recording under her own name in 1986. In 1998, two weeks after arriving in the United States with a scholarship from the New England Conservatory of Music, she was awarded a third place finish in the Thelonious Monk International Jazz Vocal Competition. With this credential in hand she left Boston for New York City to find work in jazz clubs. After walking the pavement and knocking on many doors, she finally got her big break in 2006 with the release of her album "Easy to Love," which caught the attention of jazz critics.Since then, she has performed with Michael Brecker, Ron Carter, Herbie Hancock, Slide Hampton, Roy Hargrove, Jimmy Heath, Hank Jones, Christian McBride, Russell Malone, Toots Thielemans, and many others. Roberta has performed at The Kennedy Center, Lincoln Center, Town Hall and Walt Disney Concert Hall, and international jazz festivals such as Barbados, London, Monterey, North Sea, Toronto, and Umbria. A dynamic performer with virtuosic vocal chops, Roberta draws rave reviews and enthusiastic fan support wherever she performs. She has done so with no hype and, to the astonishment of many, no domestic releases. It just blows my mind she is Italian and sing jazz so damn well! I could listen to her all afternoon, but this is my favorite song by her-Lush Life, one of my all time favorite songs.