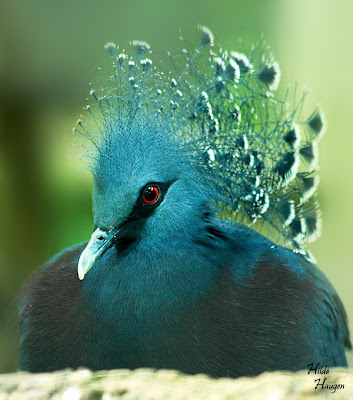 Happy Monday everyone! Here we are again. Over the weekend the Mistress read in the local paper that three Crowned Pigeons were sighted just outside Doylestown walking on a street sidewalk. How neat since they are not indigenous to this area. Andno answer asto why they are so far off course. And these are the much fancier cousin to the common New York City, city chicken.This elegant bird is also known as the Common Crowned Pigeon or Blue Crowned Pigeon. Indonesia people call it Dara Mahkota. It is a large, blue-grey pigeon with blue lacy crests over the head and dark blue mask feathers around its eyes. Both sexes are almost similar, but males are often larger than females. So beautiful! Along with its close and very similar looking relatives the Victoria Crowned Pigeon and the Southern Crowned Pigeon; it is one of the largest and is considered one of the most beautiful members of the pigeon family. The Western Crowned Pigeon is found in the lowland rain forests of Papua, Indonesia. Since it’s one of scarce species critters, I hope that we, human kind, can maintain these birds for many years to come! 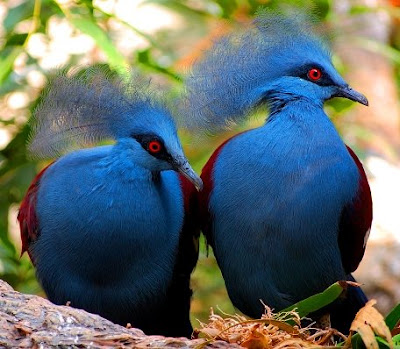 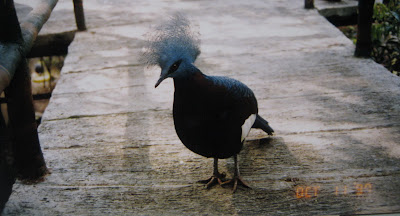 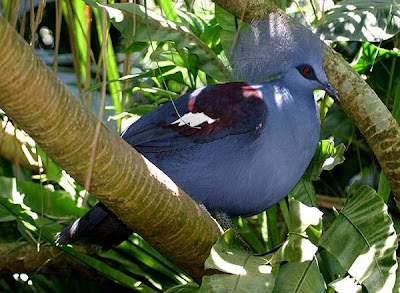 I think the Mistress should have a piece made like this for her to wear on her head for Monday mornings. That should liven things up! Tootles!
Posted by Mistress Maddie