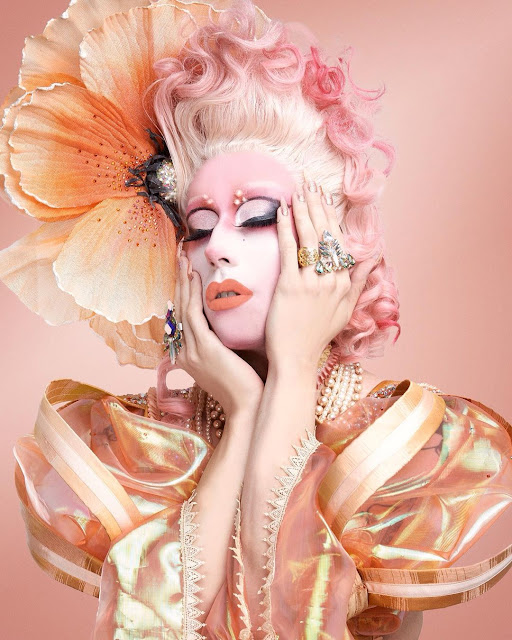 Her name is Paloma Hugo Bardin, but you can call her Paloma. If you have been watching Drag Race France, I'll be highly surprised if she doesn't cinch the French Title. From the minute Paloma hit the entrance to the workroom, she took my breath away, and I dare say, she might even be in the top 10 best dragtestants this franchise has seen. Not since Sasha Velour have we seen this level of creativity and extremely well-made creations that encapsulates a whole vision and takes us to somewhere new each week, with such high-level detail. Her talent and creations are off the hook. Paloma was never afraid to personify female characters even at a young age. Gathering her talents of acting, writing, directing and sewing, Paloma started doing drag in 2018. She performs in her own solo acts all over Paris, and also is part of a drag collective of queerness with the King Chefs and Drag Queens company in numerous clubs and cabarets. She also made an eponymous film tiled Paloma, coming out this year, in which she has already garnered an award with the Music and Film Festival of Marseille. Her name was inspired by Spain and Almodovar films of the 80's, as was her overall look and some of her creations. She felt with some of her odd facial features like Rossy de Palma and Paloma Picasso, she thought to play it up rather than hide them. And it works. Paloma says that her queen is like a disco diva, but also a New Wave rocker, and a Spanish actress on the verge of a nervous breakdown. A bit of all that , a bit of this. But that face...beat for the gods. This past week when she hit the stage, it may have been one of the most beautiful runways I'd seen on the show when she paid tribute to the legendary ERTE'. She NAILED the fashion illustrator's work of the 20's. Paloma is going to be legend herself I suspect. 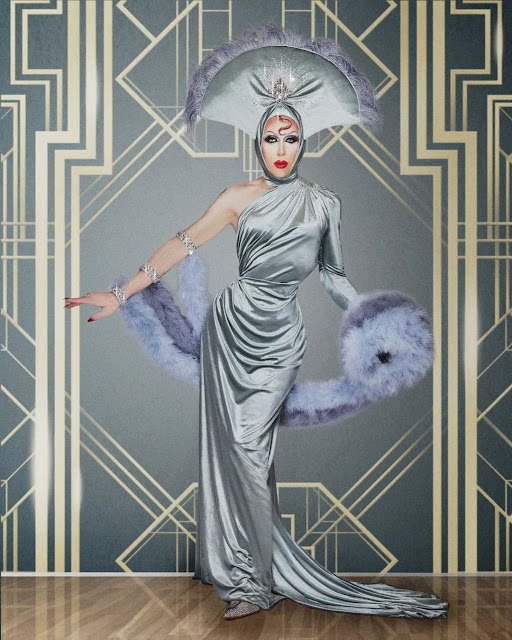 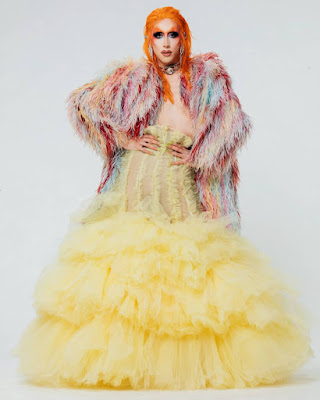 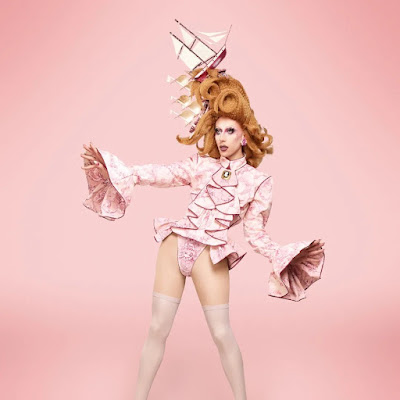 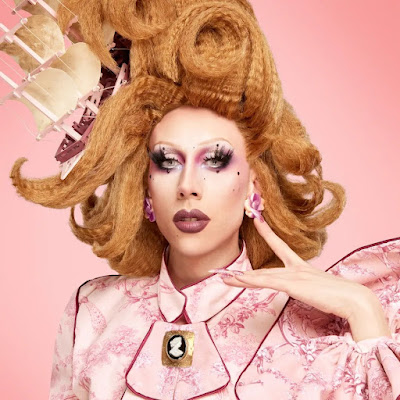 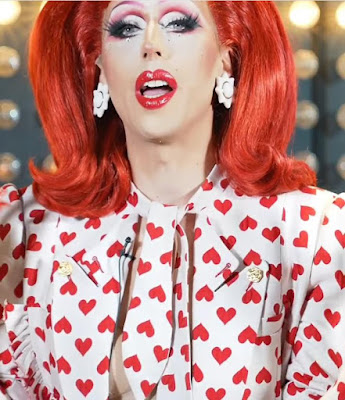 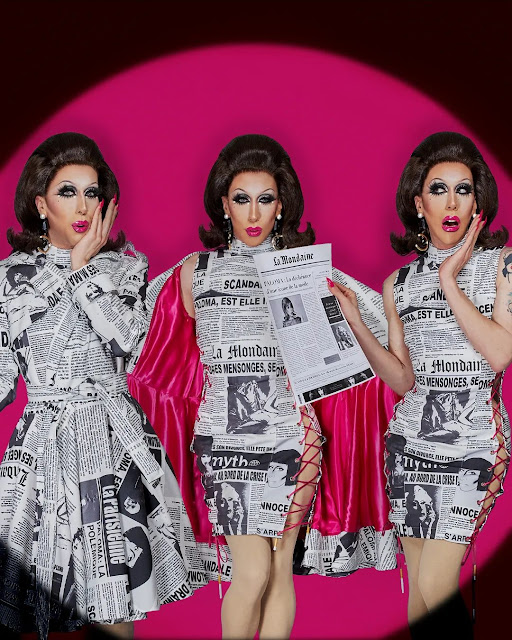 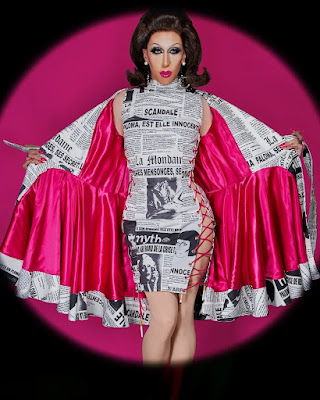 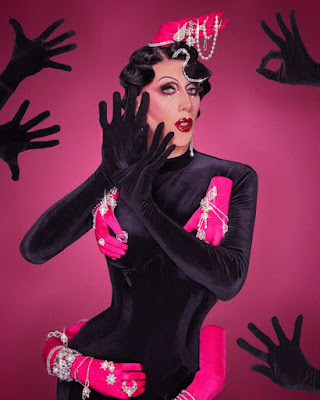 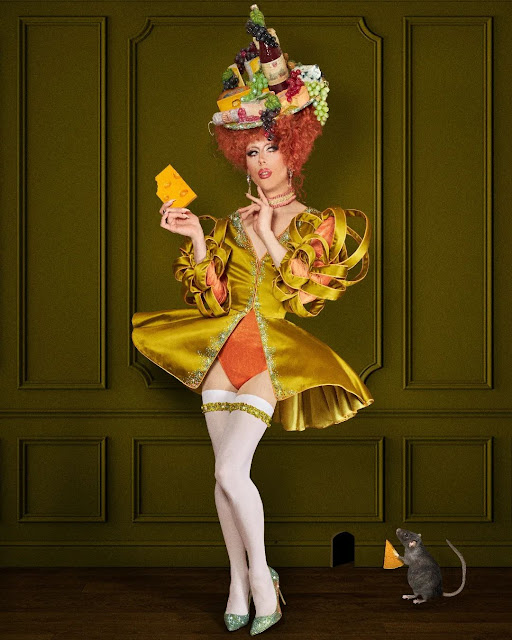 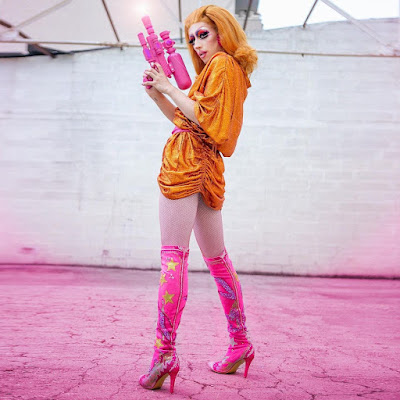 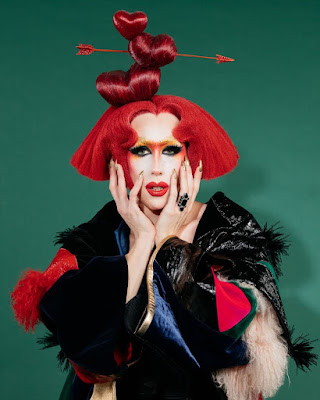 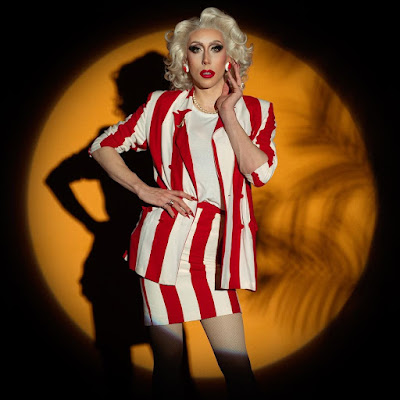