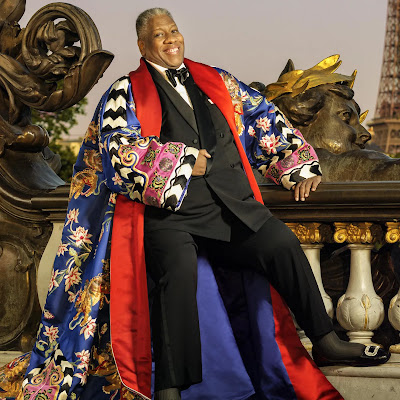 Andre Leon Talley in my opinion,  was a complete hoot. Andre' who was a Vogue editor whose groundbreaking innovations in fashion made him a worldwide gamechanger and tastemaker, passed on to Fabulon, just tonight, at only 73. Larger than life, funny as hell, and of years late, famous for wearing his billowing oversized coats and capes as were his fan snapping moments. was something else. He ran at times over the years with the likes of Anna Wintour, Divine, Andy Warhol, Naomie Campbell, Bianca Jagger, John Gallino and Karl Lagerfeld. Tally made his name at Vogue working with Anna Wintour, longer than anyone else or counterpart, in shaping the world of fashion. And yes, I do think he was the only one to make Dame Wintour laugh.  Talley earned a master's degree in French Lit from Brown. In 1974 he apprenticed for the then Vogue Editor Diana Vreeland, where she recommended Talley to a job at Interview magazine, which led to WWD, before untimely landing at Vogue till his retirement. 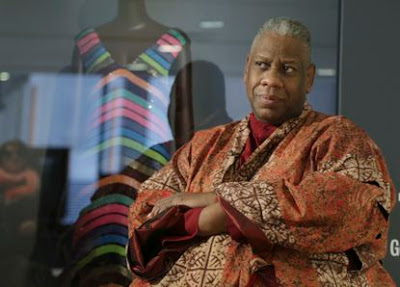 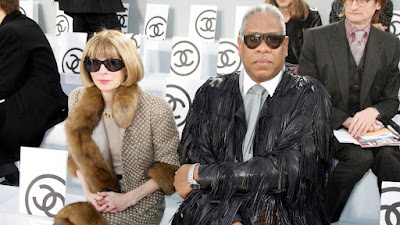 One of the many notable moments was when he advised the Obamas on fashion, introducing the First Lady to Jason Wu, actively worked to make the fashion industry more diverse, and seeing that Vogue was putting more Black models on the runway and in its pages. And then there were his quotes. I remember on a talk show once,  talking about his LGBT icon status. "I'm not heterosexual; I'm saying I'm fluid in my sexuality, darling". When fashion gets boring, like now in this pandemic, I recall him talking with Vera Wang in the "September Issue" on a lack of fashion in the industry to which he replied, "It's a famine of fashion honey."  And how true. I use that one to this day when I get bored of fashion. Alas, my only experiences were when I got to meet Andre' twice when he came to the opening of the Rachel Zoe boutique at the flagship store with Bloomingdales, when we were there doing visuals for the day for the event. And another for a Dita von Tesse show. Both times he was very open and cordial with the store team, campy and snappy with the one liners. I could have listened to him talk all day. He talked so elegantly, precise yet fun and whimsical. If I recall, it was also the first encounter I had with Iris Apel when he was present.

And I highly recommend his book if you're into fashion and a queen who can spill tea. 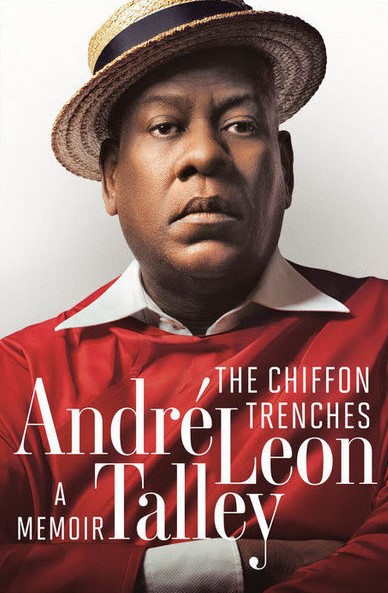 "The Chiffon Trenches" I remember when it had gossip and power brokers salivating before it hit the shelves in 2020.The book was a good read, and is a memoir and yet, like an historical document, chronicling of a world that was already on the fade but, post-Covid 19, and how fashion will be changed forever- if it survives at all. But the book also has excerpts taking aim at Anna Wintour herself, as well as Karl Lagerfeld. Juicy henny. But most impressive is all this from an African -American poor boy from the Jim Crow South, who made it to the front row of the Parisian fashion world, rubbing elbows with the world's leading designers. Not bad.