I enjoyed Sex and the City when it was on...but the idea of it having to keep going in lousy movies is old. The ship has sailed honey. And how do you carry on without Samantha Jones played by the fabulous Kim Catrall? Well, a couple solutions were submitted, but the studio realized two of the replacements were dead, which still,  even dead, would make this shite on a cold skillet, even better. 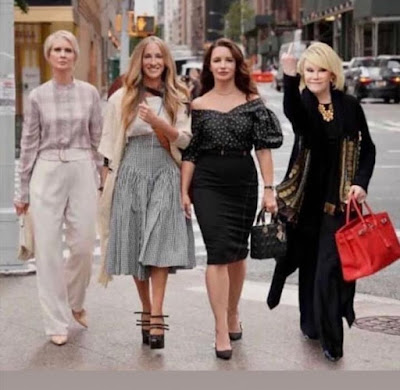 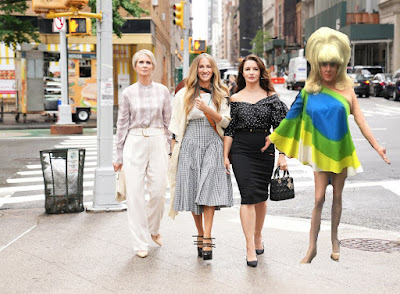 Alas...Bunny had just to busy a schedule and upcoming trips to Iceland and Europe on the books so they settled on.... 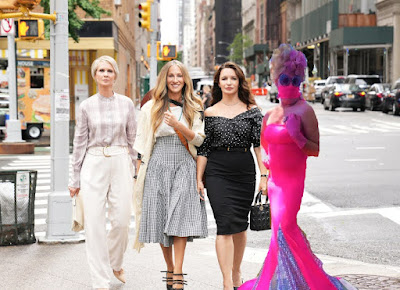 That's right, Pam Demic!
But I had a clause built in to have leave time since the pandemic seems to be rekindling. I also made it mandatory in my contract to have a all out cat fight scene with Sarah Jessica Parker of Dynasty proportions, where I get a few good slaps in on her horse face, before shoving a ball gag in her trap to shut her the hell up. I'm not worried about the other two...as I said to Anita Moorecock, this is a one woman show!
Posted by Mistress Maddie