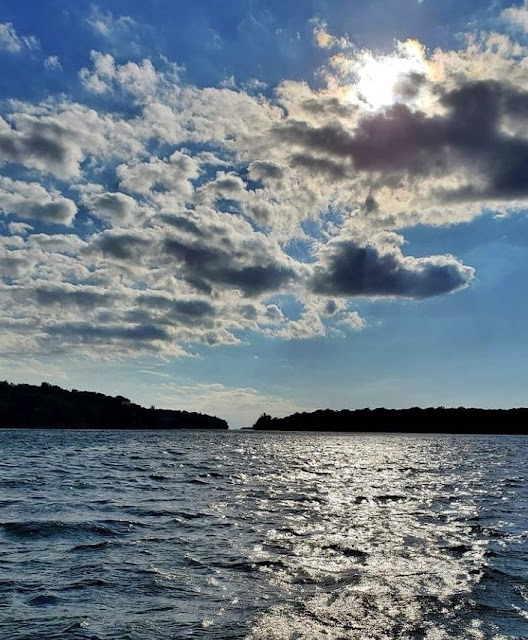 Back in the 90's after all my foray's in Canada, my fathers cousin and his wife had sold their huge motor home, for a house boat. They invited me on two nice floats on it. One  summer, they took me down the St Lawrence from Canada, and into New York, and toured the Thousand Islands. I was thinking right now with many countries not open for travel yet, this could be a nice get-a-way, at least for us in the east and upper mid-east, who are looking to get out, travel, and to enjoy a new experience. Much to see, and without really encountering too many people. The 1000 Islands is another of the gems between New York and Canada. The border between the two wraps around some 1,800 islands in this archipelago so that each belongs to one county or another. Situated along the St Lawrence River, one can enjoy a wonderful breeze and picturesque scenery. I enjoyed both trips very much. And the cruise is a great way to enjoy.  George Pullman, the inventor of the Pullman sleeping car, was the one who brought attention to the area when he invited President Grant and General Sherman to visit. It soon grew as a resort area for the Gilded Age magnates. Rent yourself a boat or do a cruise. It makes for a great afternoon. Many of these picture I have scanned from pictures my father took of the trip there. 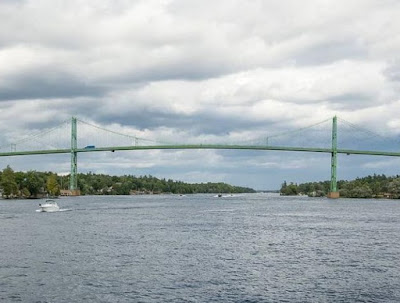 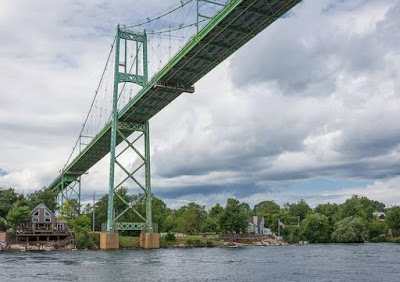 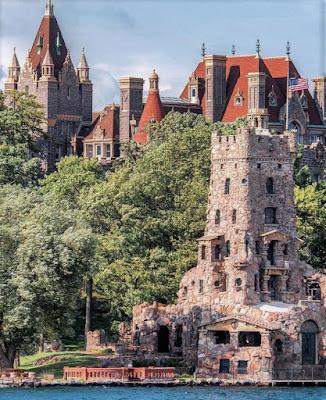 Boldt Castle was amazing! It was built by hotelier George Boldt, who was owner of the Belleview Hotel in Philly, and a manger of the Waldorf Astoria. The home was a 120 room dream home, no expense spared, and had it built on the island that he had reshaped as a heart, and renamed the island Heart Island. It was intended to be a Valentine's gift for his wife Louise. It was then unexpected that she died at their home in NYC, before it was finished. The heartbroken Boldt abandoned the unfinished castle, and it sat unfinished for years, till it was acquired and restored and finished by the Thousand Islands Bridge Authority and opened to the public. 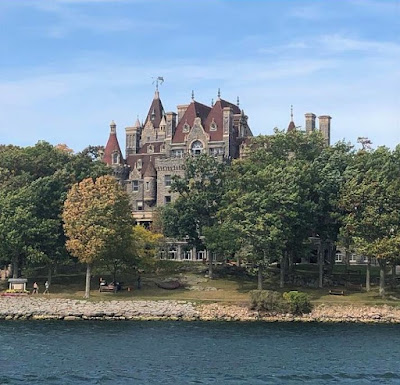 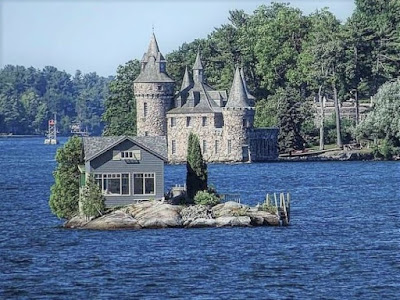 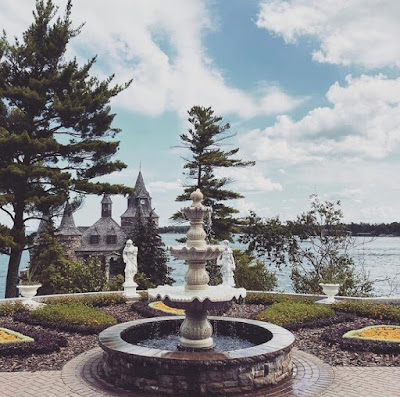 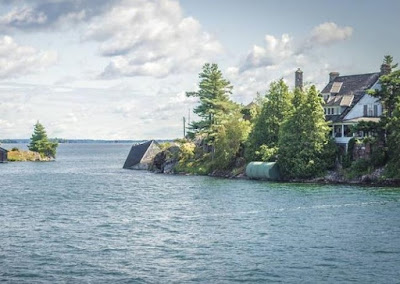 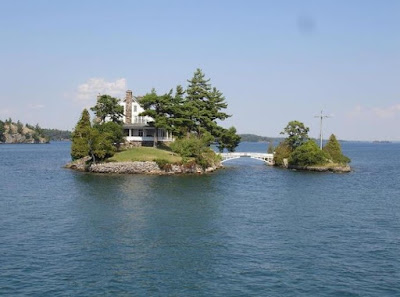 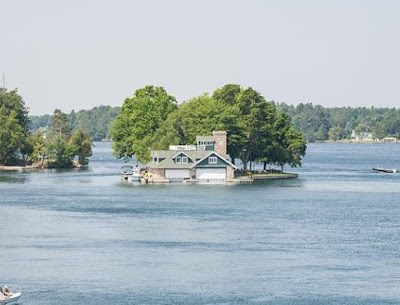 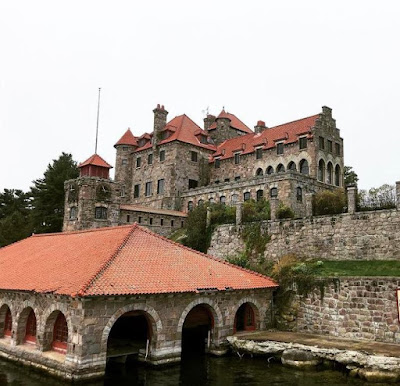 Singer Castle was also nice to see. It was built by Commodore Frederick Gilbert Bourne who was the fifth president of the sewing machine company. Cool to see... it had turrets, dungeons, secret passageways, yacht house and a two story icehouse for entertaining. The family lived there to well into the early 70's. 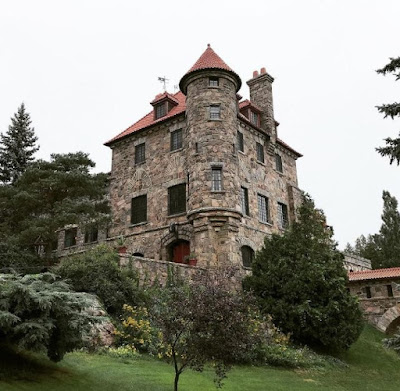 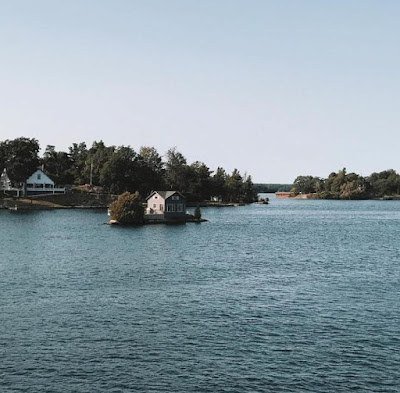 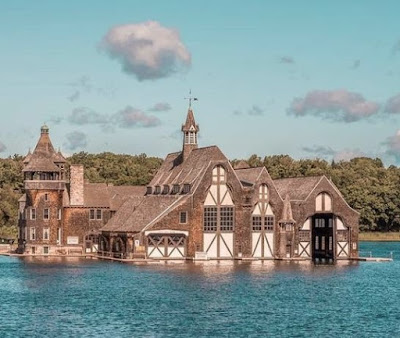 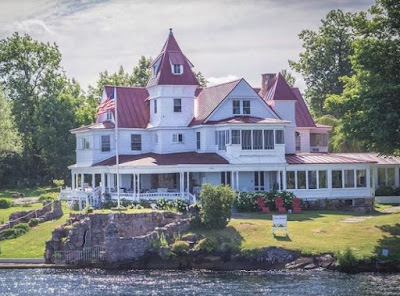 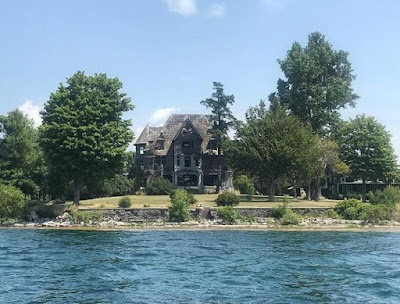 This place is indeed abandoned. Another sad story. The grand estate was originally designed as a summer house for William O Wyckoff, of typewriter development fame... to give to his wife.. It was located on Carleton Island, where the Ontario flows into the St Lawrence River. Wyckoff's wife also died unexpectedly of a heart attack a month before they moved in. Once Wyckoff moved in and on his first night in the mansion,  Wyckoff himself had a heart attack and died. The youngest son inherited the mansion, but the family lost much of their fortune during the Great Depression and the home was sold to General Electric,  who planned on demolishing it to build a retreat, but plans were abandoned. Since then, the mansion has been left to the elements. 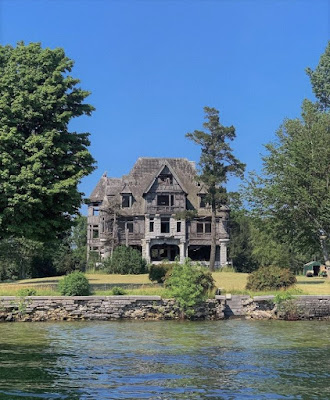 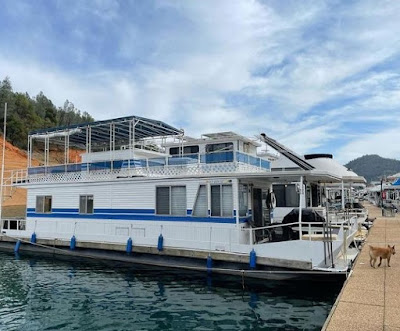 My cousin's houseboat. Big enough for four comfortably. I felt just like Sophia Loren floating down the St Lawrence and into the islands. If you want a trip of a different type, it's a great two to three day trip. Such fun, fond memories. 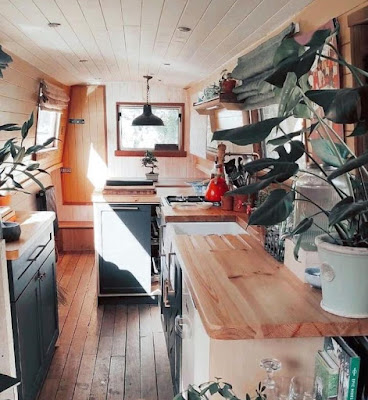