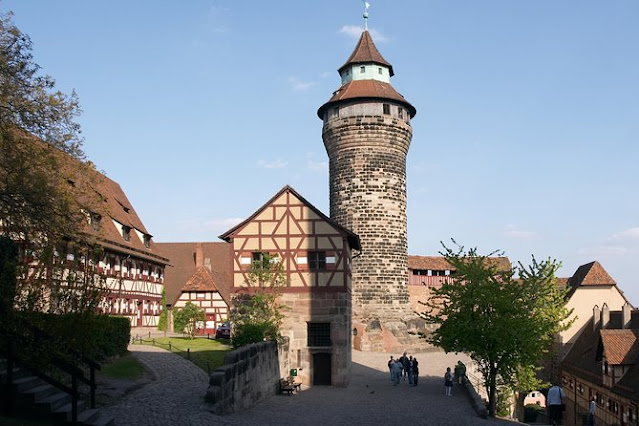 Way back before my blog,  I dated a guy who was too many things. While he was memorable for quite a few nice things,  like having a smokin body, he was very fun. And not a stick in the mud. One of those memories was a trip to Nuremberg, which was my first trip abroad, well, at least off the North American continent.  I was blown away, in more then one way. Nuremberg had not been on my radar, but thought it sounded like a great visit.  Bavaria's second largest city,  and the unofficial capital of Franconia, is an energetic place where the nightlife is intense and the beer flows as free and as dark as it's coffee. It was definitely a memorable trip...and very alive with history and year round visitors. Nuremberg was the undeclared capital of the Holy Roman Empire and the preferred residence of most German kings, who kept their crown jewels here. It was stuffed with stunning scenery, and architectural wonders, in addition to being a magnet for artist. It unfortunately was also the place where Nazis held there fanatical and evil party rallies. The city was reduced to landfill before being rebuilt after it's bombing in 1945, but instead of taking it in the direction of a modern city, they choose to keep the city,  in it's trademark style it had, and restored it to it's former grandeur. I loved coming across all my pictures. But the one sight I really loved was St Sebaldus Church. 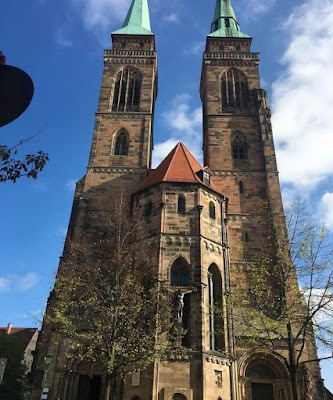 One of the city's oldest and most important churches...it has been soaring over the city since it's initial completion in 1275, making it the oldest structure I ever stepped into I believe. I really worry these places will collapse with my sinful dark acts!!! Maybe I shouldn't go see them? It has been added on to , but you'd never know. The last addition was in 1957.  The church was named after one the city's patron saints, a 8th century hermit and missionary. St Sebaldus has a formidable stone façade, with twin towers capped by verdigris green spires. The interior was unexpectedly bright. The soaring columns support the high groin-vaulted ceiling which was jaw dropping. Beautiful stained glass windows, and art works hanging. But most surprising was the very ornate tomb of St Sebaldus, which survived the WWII bombings. The tomb is adored with figures ranging from religious personae, angels, mice and snails, and houses a silver casket that contains the bones of the churches eponymous saint. Of course the city's walls from the 12th century, are the medieval defensive mechanism surrounding the old city of Nuremberg which was also cool to see. The Nuremberg Castle and it's walls were meant to be one of Europe's most considerable defense systems. It too was cool to see, but I'll share those in another post. No doubt Nuremberg is a must see spot. I was pleasantly surprised. AND THE BEER! 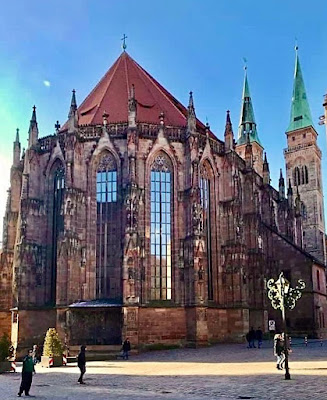 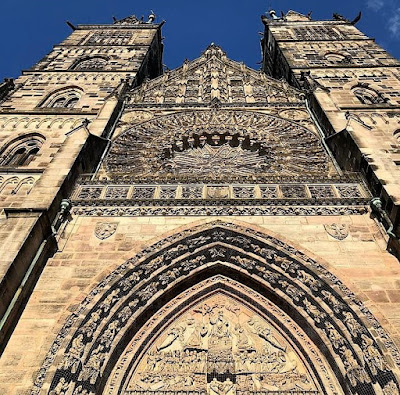 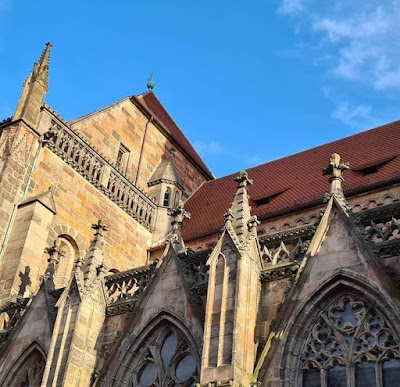 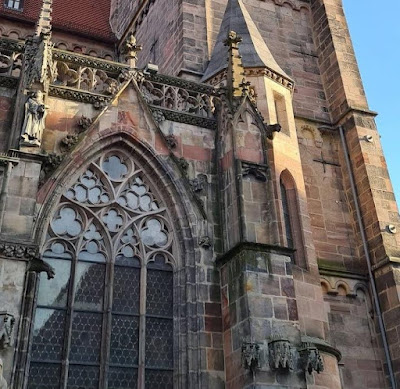 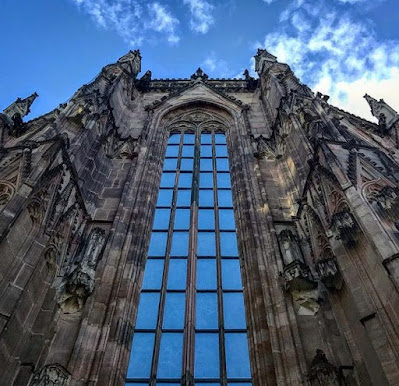 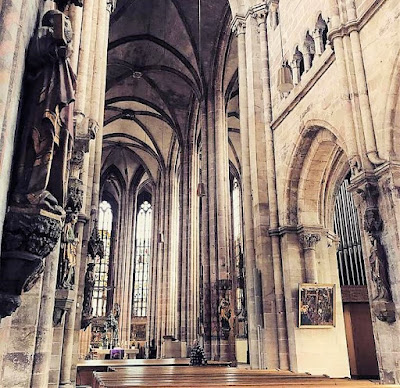 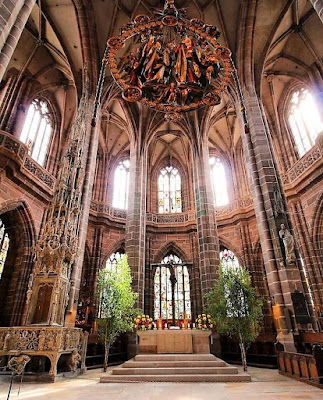 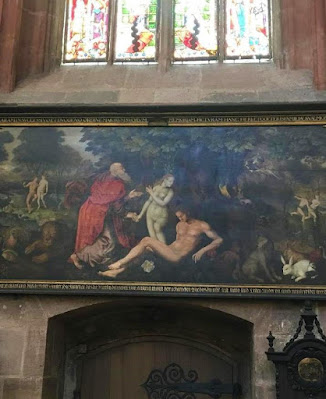 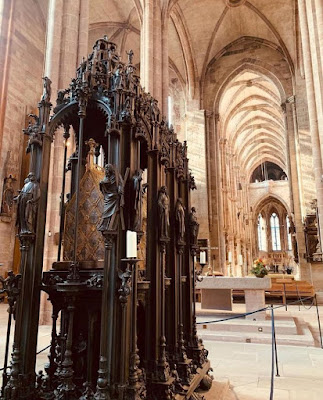 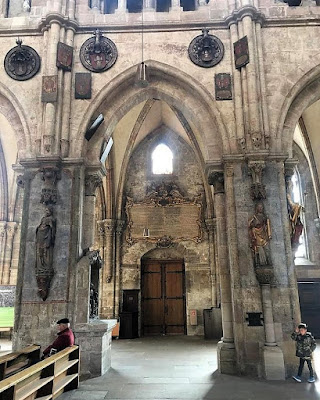 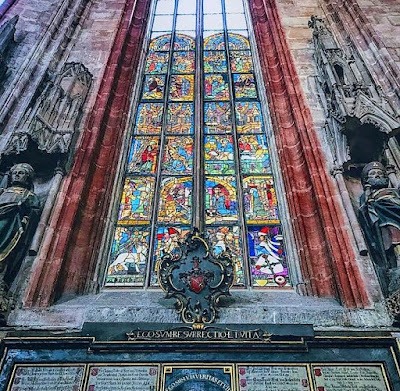