I know we all joke and have fun and games over all the vacation I get, and if I ever work. Why yes I do indeed work. I just informed Duchess Deedles the last two weeks I did 44 and 47 hours respectfully the last two weeks. Now we have a small lull till the Christmas install happens in November. We are one of the last store to decorate for the holidays thank goodness, because I can't stand stores putting things up early. Our fall campaign this season was titled Mix Masters, which was all about mixing the trends, the biggest one is animal prints of all kinds mixed together and plaids. It's also about not mixing one designer head to toe, but showing the customers mixing high and low prices points, and things from their existing closet. Normally the company will gives us a basic directive, and the collateral and we can then use it how we want to at store level. So as per Duchess Deedles here is what I have been up to lately at work. Wild Kingdom certainly sums it up. 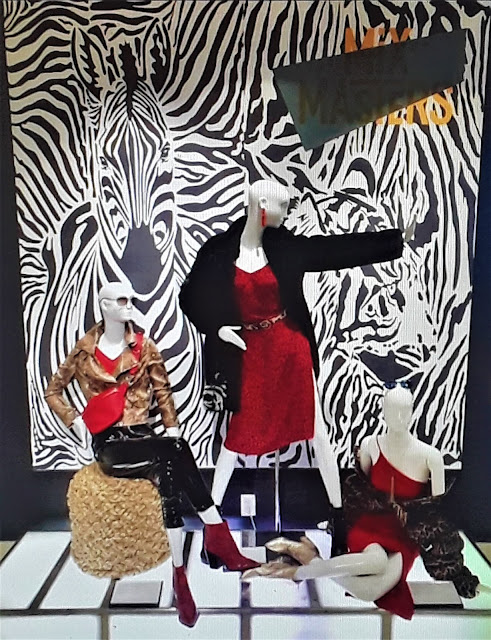 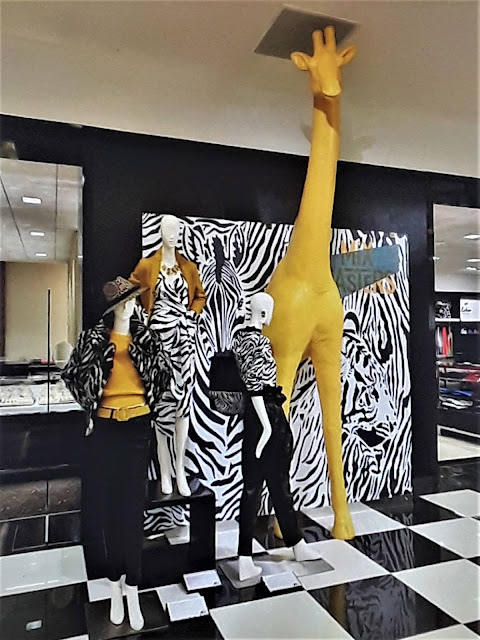 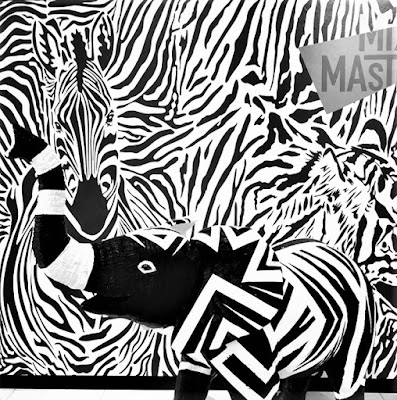 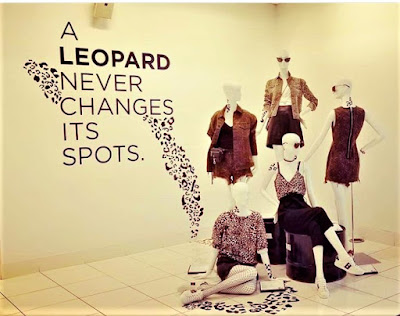 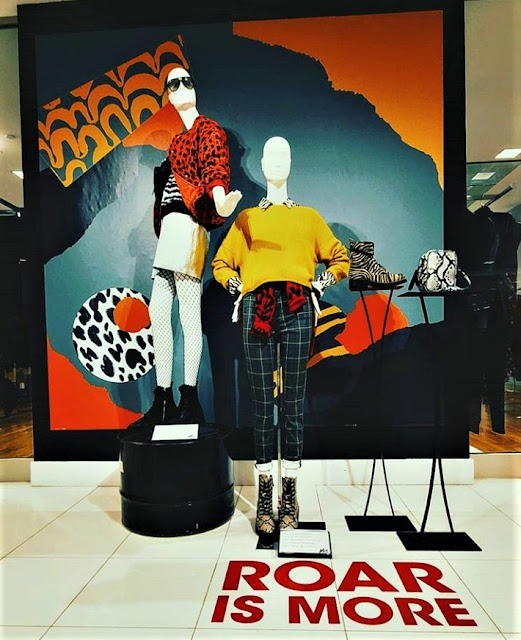 Our company is huge into giving back this whole month to Breast Cancer in various ways. These were my two displays this season. 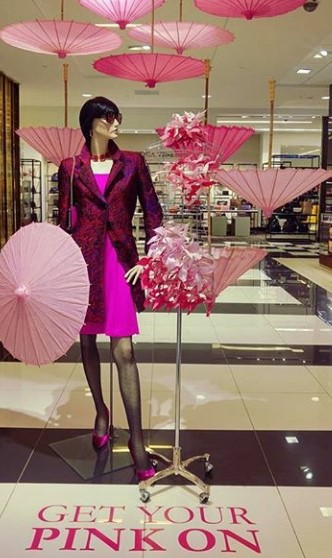 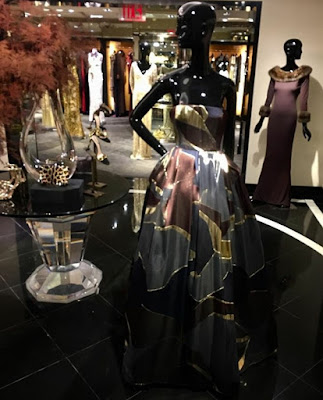 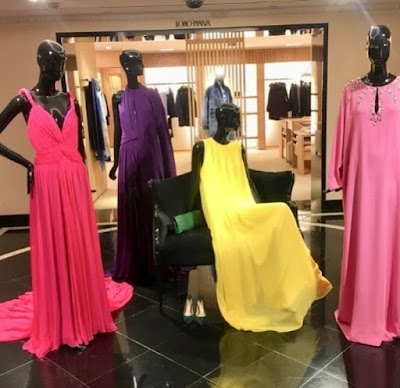 Some of the latest shoes for men. I have never seen such color. 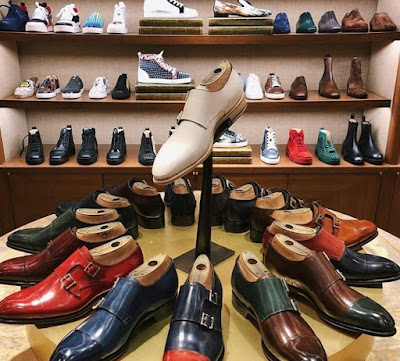 The new Tom Ford winter collection on my men's mannequin. 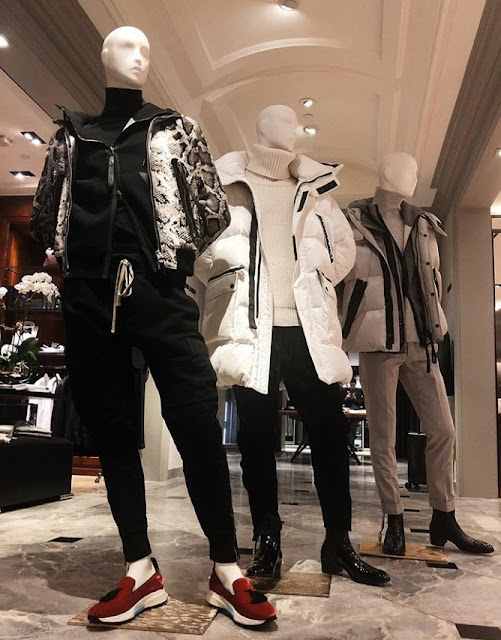 The big project this week has been the Trim Shop. Now this is the only Christmas we have up, only because some of out costumers look for it early. It my seem early, but in the reatil world we really only have two months to sell it.  Started install on Monday and finished yesterday. I was informed today a lady came in last night and spent around $250 already!!!! 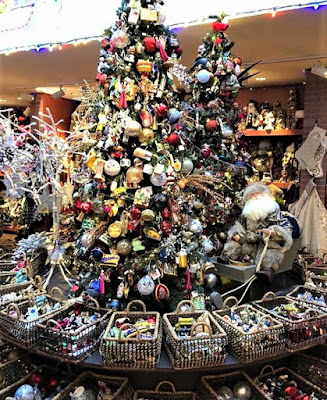 Some of the boys I work with. 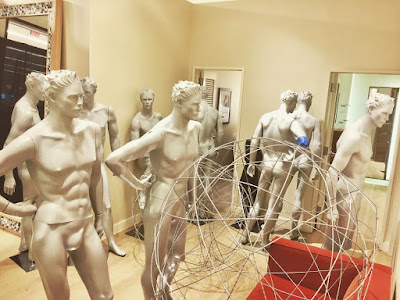 And contrary to popular belief, this is not how my houseboys get delivered. 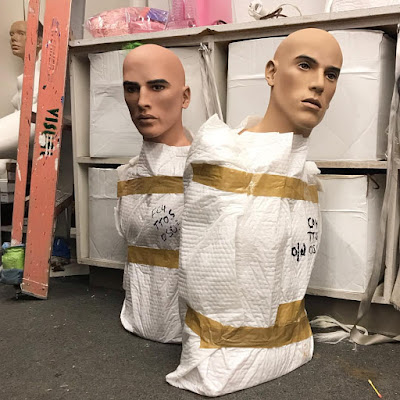 Meanwhile in other news, my smart mouthed, and some time useful Social Director was finally found. If you recall, I accidently left Miss Moorecock in a shop of some kind in Ptown this summer. It was almost two weeks till I realized it. Thanks to the gentleman who found her and sent her back, even though she smelled of tuna and looked rather plump.
Posted by Mistress Maddie

Email ThisBlogThis!Share to TwitterShare to FacebookShare to Pinterest
Labels: design